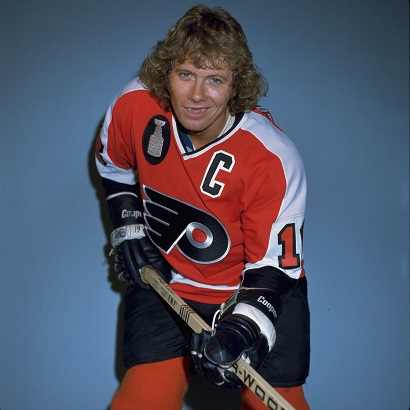 Bobby Clarke grew up in Flin Flon, Manitoba, a quintessential northern mining town with long winters and an abundance of outdoor hockey rinks. Hockey was Clarke’s passion, even from a young age. When he was 12 or 13, however, Clarke was diagnosed with Type 1 Diabetes. The diagnosis could have meant the end of his hockey dreams, but he accepted it as part of life and went about the daily routine of insulin injections. 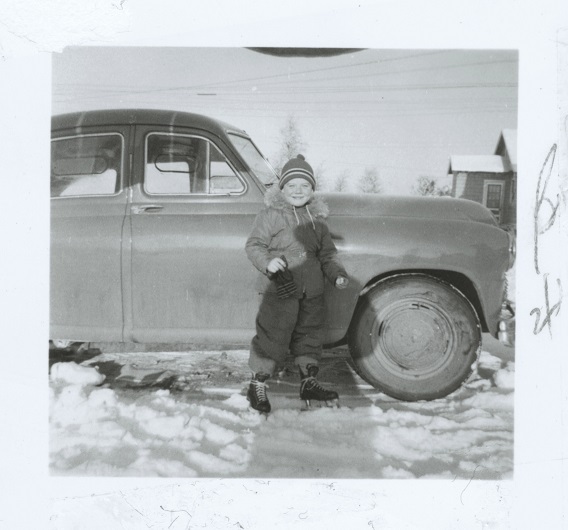 The determined teenager did not let either his diagnosis or his relatively small size (5 feet 10 inches) hold him back. Through a combination of talent and work ethic, Clarke won a spot first in junior hockey and then in the NHL. Weeks before his tryout for the junior Flin Flon Bombers, Clarke decided he needed new skates — his first new pair ever. He hitchhiked to Brandon, Manitoba, to visit a shoemaker who could custom-make skates. It was a four-day round trip, and the skates cost him all the money he had saved working at a gas station over the summer. Clarke believed it would be worth it and that the skates would secure him a spot on the Flin Flon Bombers roster.

But it was Clarke’s energy, talent and commitment that won him a spot on the team. He played for the Bombers in the Western Canada Junior Hockey League from 1966 to 1969 and led the league in scoring for all three seasons. Clarke earned 183 points during the 1966–67 season, leading the league in goals (71) and assists (112). The following season, he again topped the league in points (168) and assists (117). During his third and final season, Clarke earned 137 points to defend his title for the third consecutive year. 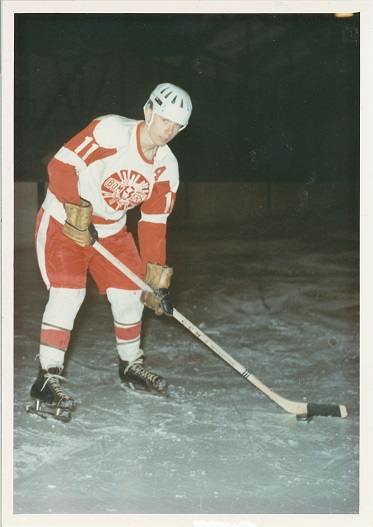 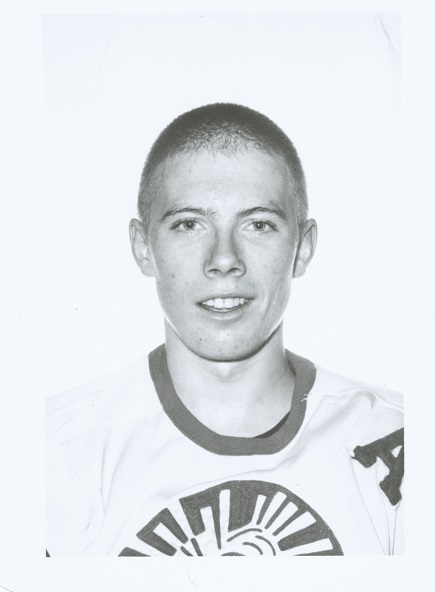 A portrait of Bobby Clarke with the Flin Flon Bombers during the 1965–66 Manitoba Junior Hockey League season.
PreviousNext

Despite his stellar junior career, Clarke was not a top draft pick for the NHL. Scouts were concerned that he wouldn’t be able to perform well enough due to his illness. However, Philadelphia Flyers scout Gerry Melnyk was determined to sign Clarke. The team consulted medical experts, who confirmed that he should be able to play as long as he took care of himself. With their concerns allayed, the Flyers drafted Clarke 17th overall in 1969.

Clarke’s first season (1969–70) was an adjustment for him, both professionally and personally. He had lived his whole life to that point in the small, close-knit community of Flin Flon, and it took him several years to become accustomed to living in Philadelphia, one of the biggest cities in the United States. Clarke soon found his stride, however, developing a reputation as a talented player, hard worker and — more controversially — instigator of fights. (In the 1970s, the Philadelphia Flyers were known as the “Broad Street Bullies” after the address of their home arena.) 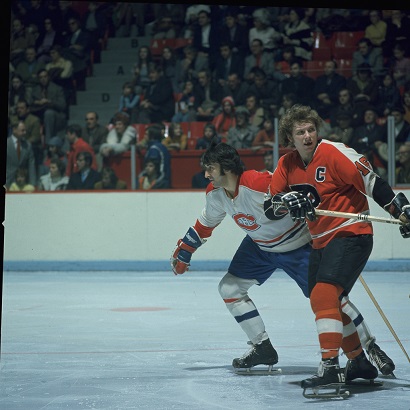 Guy Lapointe (left) and Bobby Clarke (right) in a game between the Philadelphia Flyers and the Montreal Canadiens during the 1972–73 NHL season at the Forum in Montreal, Quebec.

At the completion of the 1971–72 season, Clarke took home the Bill Masterton Trophy for dedication and perseverance. In January 1973, he became the youngest captain in the NHL at age 23. In 1972–73, he became the first expansion-team player to earn 100 points in a season. He also took home the Hart Memorial Trophy that year for most valuable player in the NHL and the Lester B. Pearson Trophy as most valuable player awarded by his peers. The following season (1973–74), he led the Flyers to their first Stanley Cup victory; they were the first 1967 expansion team to win the championship. The team won the cup again the following year. These back-to-back victories were a culmination of a lifelong dream for Clarke, who was again awarded the Hart Memorial Trophy in 1975 and 1976. In 1983, he received the Frank J. Selke Trophy in recognition of his defensive ability. 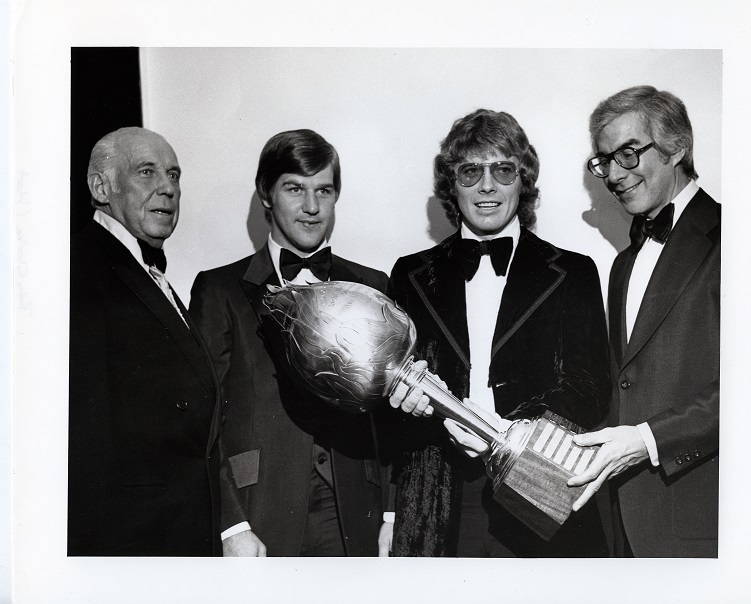 Left to right: NHL president Clarence Campbell, Bobby Orr, Bobby Clarke of the Philadelphia Flyers and Flyers owner Ed Snider at the presentation of the Hart Trophy to Clarke as the most valuable player during the 1972–73 season.

In his last three seasons playing with the Flyers (1981–82 to 1983–84), Clarke also acted as an assistant coach. He retired in 1984, having played 15 seasons in the NHL — all of them with the same team. Upon retirement, Clarke had scored 358 goals for the Flyers. He ranked fourth all-time in the NHL in assists and 11th in points. He still holds many franchise records, including the records for regular season points (1,210), assists (852) and games (1,144).

Clarke was selected as part of the Canadian team that played the Soviet Union in the 1972 Summit Series. Although he was the youngest player at age 23, he emerged as a leader during the series. Clark contributed to Canada’s victory by scoring two goals and adding four assists over the course of eight games. However, he is probably best known for slashing the Soviet team’s best player, Valeri Kharlamov, breaking his ankle. The move was — and remains — controversial. 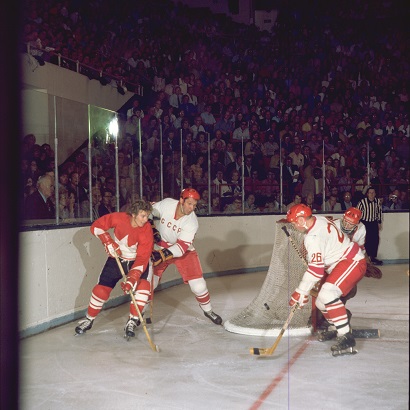 Four years later, Clarke was captain of the Canadian team that won the 1976 Canada Cup. He also won a bronze medal at the 1982 hockey world championships.

After Clarke retired from active play in 1984, he became general manager of the Flyers, a position he held until 1990. Under his management, the team reached the Stanley Cup finals in 1985 and 1987. However, after they failed to reach the playoffs in 1990, Clarke was let go. He then worked for the Minnesota North Stars from 1990 to 1992, leading them to a Stanley Cup final in 1991. Clarke returned to Philadelphia as senior vice president for the 1992–93 season but the following season was named general manager for the Florida Panthers. In 1994, Clarke returned to the Flyers and resumed the position of general manager, which he held until his resignation early in the 2006–07 season. Since December 2006, he has been the Flyers’ senior vice president.

Clarke was also a general manager of Team Canada at the 1987 and 1991 Canada Cup tournaments, both of which were won by Canada. He was general manager of the 1998 Canadian men’s Olympic hockey team, which finished fourth at the Olympic Winter Games in Nagano.

Bobby Clarke and his wife Sandy have four children. They live in Ocean City, New Jersey.