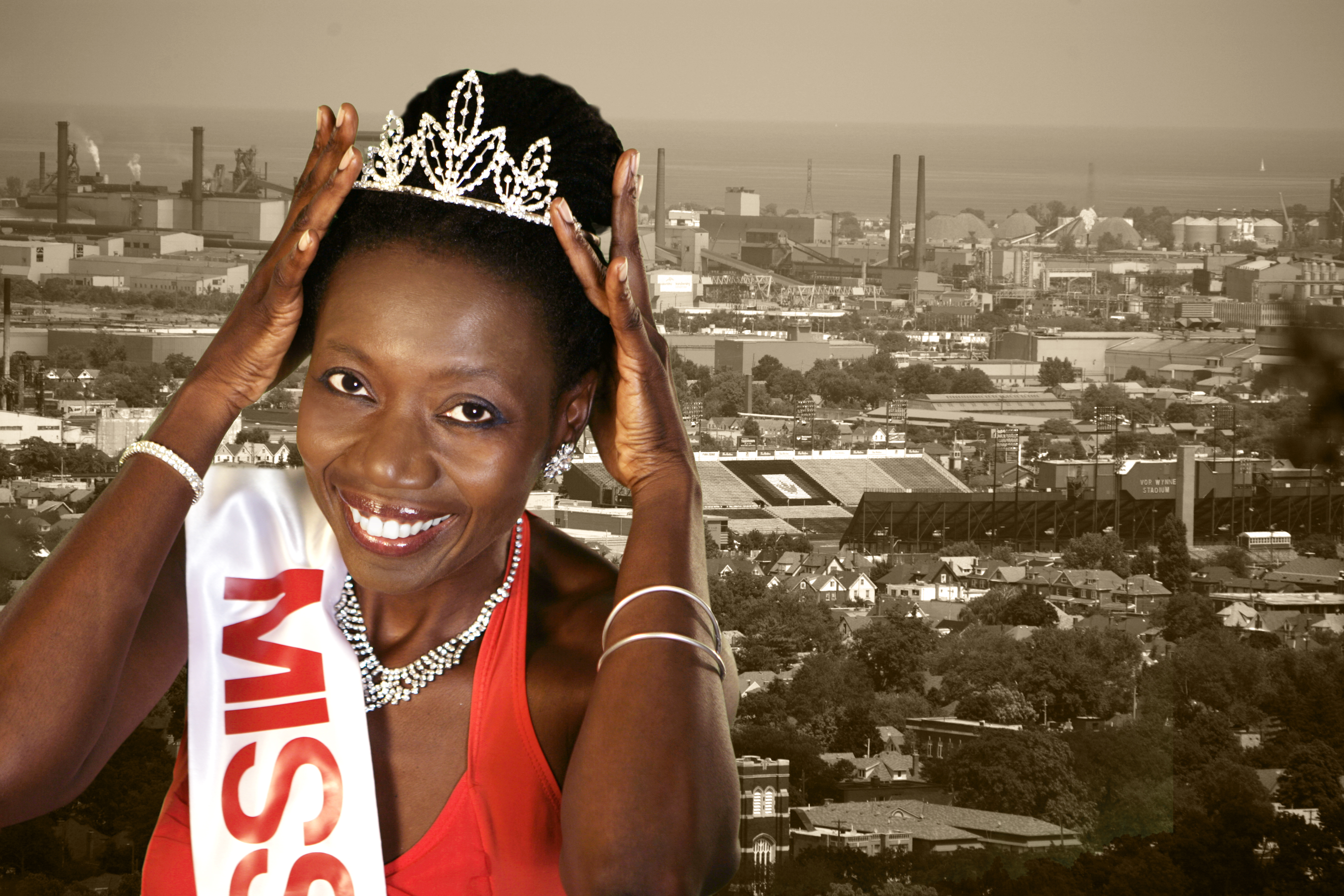 In 1969, Turner and her family moved from Jamaica to Canada, first to Sarnia, Ontario, and ultimately to Hamilton, where she, her mother, and her sister were reunited with her father and where Turner spent the remainder of her childhood.

After high school, Turner studied physical education at McMaster University in Hamilton before pursuing a diploma in Art Fundamentals at Sheridan College in Oakville, Ontario, and graduating from the Ontario College of Art and Design University in 1993. Turner also holds a Master’s in Environmental Studies from York University.

Camille Turner is perhaps best known for her Miss Canadiana performances, which have been ongoing since Canada Day, 2002. As her alter-ego, Turner performs at public events in order to question white beauty standards, and to reassert the presence of Blackness within the story of what it means to be Canadian. Playing with ideas of home and belonging, Turner has also staged a “homecoming”tour, referencing her own relationship to Hamilton as a first generation immigrant. Turner has performed as Miss Canadiana across Canada, as well as in Britain, Germany, Senegal, Australia, Mexico, Cuba, and Jamaica.

The ongoing performance project The Final Frontier imagines the voyages of mysterious futuristic African astronauts who return to Earth with the mission of saving the planet. The "Afronauts" have appeared in performances across Western Canada since 2007, as well as in the video walk TimeWarp, commissioned by Land/Slide: Possible Futures at the Markham Museum.

Since 2012, Turner has created sonic walks, which use the format of the digital audio tour to revive historical narratives. These works often rearticulate the presence of Black histories that have otherwise disappeared. Turner’s sonic walk HUSH HARBOUR takes on the history of slavery in Canada, through a love story between Peggy, a woman enslaved in Canada who is planning her escape, and Samuel, a free man who had fled slavery in the United States. Set in the period between the 1793 Act to prevent the further introduction of slaves and the 1833 abolition of slavery in the British colonies, HUSH HARBOUR explores the complexities of everyday life for Black Canadians in search of home, safety and freedom. In The Resistance of Peggy Pompadour, Turner explores the story of Peggy Pompadour, a slave brought to Toronto in 1793 (upon whom Peggy is based in HUSH HARBOUR). The narrative shifts through time as its contemporary protagonist witnesses Pompadour’s imprisonment for resisting slavery, and returns to the 21st century to recount this moment in Toronto’s history. Turner’s sonic walks play with the potential of digital media to reactivate difficult histories. This approach emerges in much of Turner’s work, including the mobile apps Queerstory and TXTilecity, developed with Year Zero One, the Toronto-based media arts collective Turner founded with artist Michael Alstad.

In 2015, Turner organized the BigUpBarton project, a temporary museum and digitized oral history of Hamilton’s once-thriving Barton Street. Turner solicited and recorded stories from community members that addressed Barton Street’s history and imagined the neighbourhood’s future. The project took place in an empty storefront next to Tim Horton’s Field, the Hamilton stadium rebuilt as a soccer venue for the 2015 Pan Am games. For Turner, the project became an opportunity to reimagine Barton Street’s significance and engage with community knowledge.

Together with Michael Alstad, Turner co-founded Year Zero One, a not-for-profit media arts organization, in 1996 in order to support and showcase artwork at the intersection of art, technology and public. In partnership with YZO, Turner developed TXTilecity, a website and mobile app examining the role of textiles in Toronto’s history, produced and presented by the Textile Museum of Canada.

Turner is also the founder of Outerregion, an afrofuturist performance company established in 2010. Turner is a lecturer at the University of Toronto, where she teaches the course Art, Culture and Community Building.