For most of human history, neither people nor goods could move any faster or in any greater bulk than the feet of humans or beasts could carry them. This did not change until the early 19th century, when simple boiling water was harnessed for use in the steam engine. The happy congruence of steam power and tracks created the railway and the greatest revolution in transportation in the history of the world.

For most of human history, neither people nor goods could move any faster or in any greater bulk than the feet of humans or beasts could carry them. This did not change until the early 19th century, when simple boiling water was harnessed for use in the steam engine. The happy congruence of steam power and tracks created the railway and the greatest revolution in transportation in the history of the world. 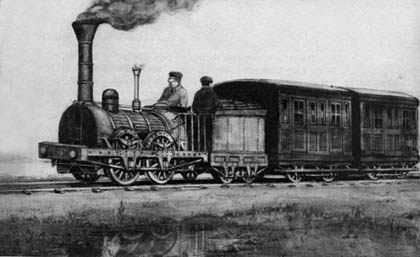 Founding of the Champlain and St. Lawrence Railroad

A group of Montreal businessmen quickly realized the potential of the railway for Canada, with its vast and varied geography. Steam power had already begun to prove useful in North America. In the 1820s, military engineers used a winch driven by a stationary steam engine to pull rail cars filled with great blocks of granite up the steep slopes of the Quebec Citadel. In 1831, a railway opened between Albany and Schenectady, New York. Early passengers on that line included Peter McGill, president of the Bank of Montreal, and Jason C. Pierce, a Vermonter who had been captured in the War of 1812 and had settled in Saint-Jean (then known as St. Johns), a prosperous village on the Richelieu River. They, along with the brewer John Molson, were the authors of the bill that created Canada’s first railway company on 25 February 1832. They named it the Champlain and St. Lawrence Railroad.

For Pierce, who had a shipping business, a railway to connect the St. Lawrence and Lake Champlain was a natural, cutting valuable time off the journey between Montreal and New York.

Construction began in spring 1835. Two young American engineers surveyed a route from Saint-Jean to the nearest point on the St. Lawrence, which happened to be the hamlet of La Prairie, 12 km (as the crow flies) upstream from Montreal. By the end of the year, the grading, fencing, masonry and bridge work, a wharf at La Prairie and parts of two station houses were completed. The company ordered a steam locomotive from Newcastle, England, and four passenger cars from the United States. A Montreal factory built flatcars and baggage wagons.

The tracks consisted of lengths of pine six inches square, joined by iron splice plates and bolts. Iron straps were spiked to the upper surface of the rails for protection. Though potentially dangerous, the rails caused only one minor accident before they were replaced by iron rails around 1850.

In the spring of 1836, the locomotive Dorchester arrived at La Prairie. It had likely been dismantled for shipping and required reassembly. It had four driving wheels, a high centre of gravity and a short wheel base that made it unsteady and earned it the nickname “Kitten” for its skittish behaviour. A contracted driver came with the engine, but he deserted soon after. The Dorchester’s trial runs are said to have been staged at night in the moonlight, possibly to avoid frightening the public. 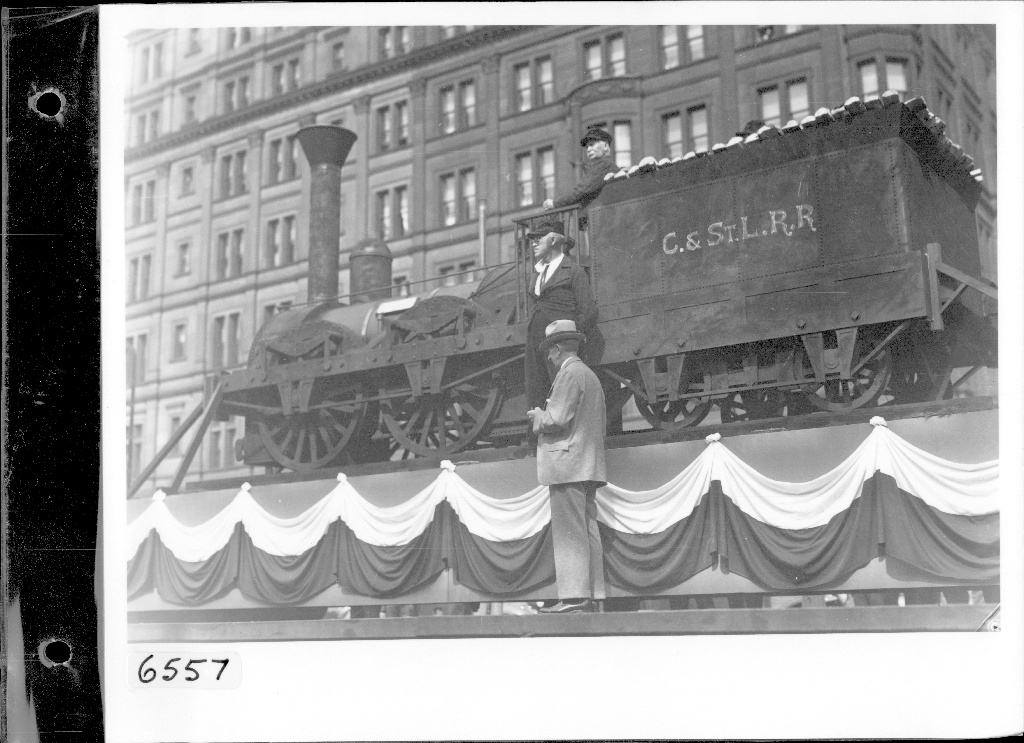 A replica of the Champlain and St. Lawrence Railroad locomotive Dorchester in Montreal for the Railway Centenary, c. 1935-1936.

The Champlain and St. Lawrence Railroad opened in July 1836 to a large celebration. Lord Gosford, governor general of British North America, and Louis-Joseph Papineau, the future rebel, were among the first passengers. The 300 guests proved too much for the little engine, so only two passenger cars were attached to it. Teams of horses hauled the remaining coaches and flatcars. In two hours, everyone had reached the brand-new station at Saint-Jean, where there were toasts and testimonials galore.

Although shippers found the railway to be too expensive, passengers flocked to it. Montreal families could not resist a combined ferry-railway outing that cost only a few shillings. Rules had to be made to curb the carefree behavior of the passengers. Penalties were enforced for walking on top of the coaches or for smuggling a dog into a first-class compartment.

Did you know?
In 1842, after stage-managing several plays in Montreal, English novelist Charles Dickens took the Champlain and St. Lawrence Railroad on his way to New York.

The Champlain and St. Lawrence remained Canada’s only public railroad for about a decade. Serious construction of railways did not occur in Canada until the 1850s, but once it began, it became a mania. Railways dominated public policy, stimulated trade and industry, built cities, ferried settlers westward, uprooted First Nations and stitched together an improbable country. (See Railway History; History of Settlement in the Canadian Prairies.)