The brakes of a chartered bus travelling southeast of Montreal failed, and it plunged into Lac d’Argent after failing to negotiate a sharp corner of the road. The bus was carrying 47 people, about half of whom were members of the Society of Infirmed and Handicapped of the Asbestos Region of Quebec with physical or mental disabilities. Forty passengers including two in wheelchairs — many of whom were screaming for help as the bus initially floated on the surface of the lake — died when the vehicle sank to the bottom. The driver plus six volunteers, who were assisting the group on a visit to a theatre performance in another town, escaped from the bus before it sank.

The Eastman crash is the second most fatal motor vehicle disaster in Canadian history, after a 1997 crash in Les Éboulements, Quebec that killed 44 people. 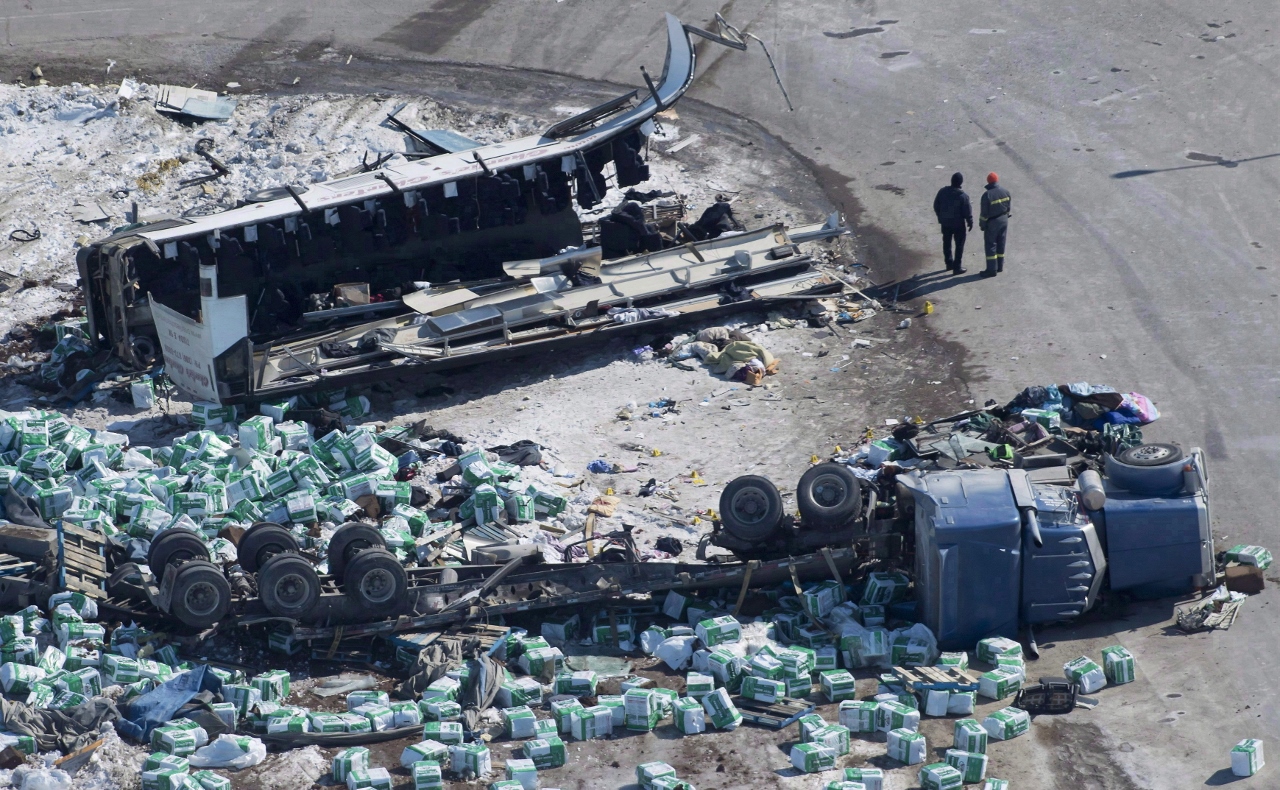