The enslavement of Black and Indigenous people in Canada began in the 1500s (see Black Enslavement in Canada; Enslavement of Indigenous Peoples in Canada). Upper Canada’s first lieutenant governor, John Graves Simcoe, opposed slavery. In 1793, Simcoe’s government passed the Act to Limit Slavery in Upper Canada, the first legislation in the British colonies to restrict the slave trade. While no enslaved persons in the province were freed as a result of the act, it prohibited the importation of new enslaved people into Upper Canada. The act also stated the children of enslaved people would become free at age 25, and the grandchildren of enslaved people at birth. Over 40 years later, on 1 August 1834, slavery was abolished in Canada and throughout the British Empire by the Slavery Abolition Act.

In 1850, the United States passed the Fugitive Slave Act. The act empowered local officials and citizens to seize runaway enslaved people and return them to bondage.

These events led to the Underground Railroad, a secret network of Black and white people who helped fugitives find their way to Canada.

In 1849, Reverend William King, an Irish-born Presbyterian minister, established the Elgin Settlement. King, who had been living in Louisiana, opposed slavery. Despite this opposition, he enslaved 15 people. King had either inherited these people or purchased them himself since, as he wrote in his autobiography, “one could not get faithful and trustworthy servants unless you bought them.” King gained first-hand knowledge of the evils of slavery, both for the enslaved person and the enslaver. His growing intolerance of slavery meant he no longer wanted to live in the United States.

In 1848, King accepted a position as a missionary to Canada. He dreamed of establishing “a City of God” both for the people he enslaved as well as other fugitives from slavery. The Presbyterian Church agreed to assist him, as did the government of Canada West and other members of the Christian community. Together, they formed the Elgin Association, which in turn provided money for the settlement. 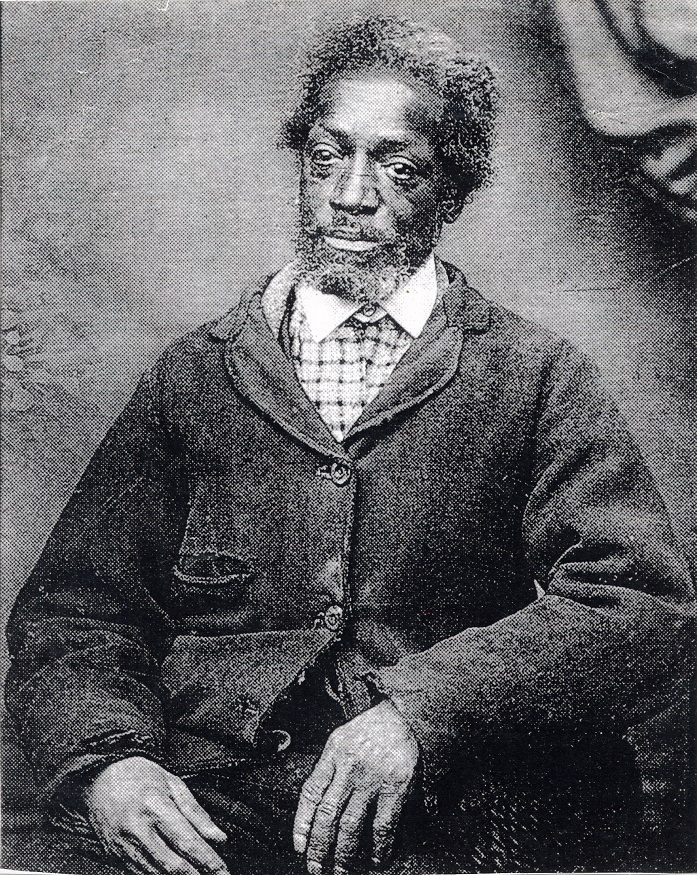 Isaac Riley and his family were among the Elgin Settlement's founding residents.

When King arrived at Buxton with 15 people he had formerly enslaved, they found Isaac Riley and his family waiting in a barn. The Riley family were escapees from Missouri. When they heard about the plans for the Elgin Settlement, they camped in King’s barn, waiting for his arrival. The Rileys, along with the people formerly enslaved by King, were among the first settlers at Buxton.

The area Reverend William King acquired for the Elgin Settlement was 6 miles long and 3 miles wide (roughly 9.7 km by 4.8 km). It was located between Lake Erie in the south and the Thames River to the north. 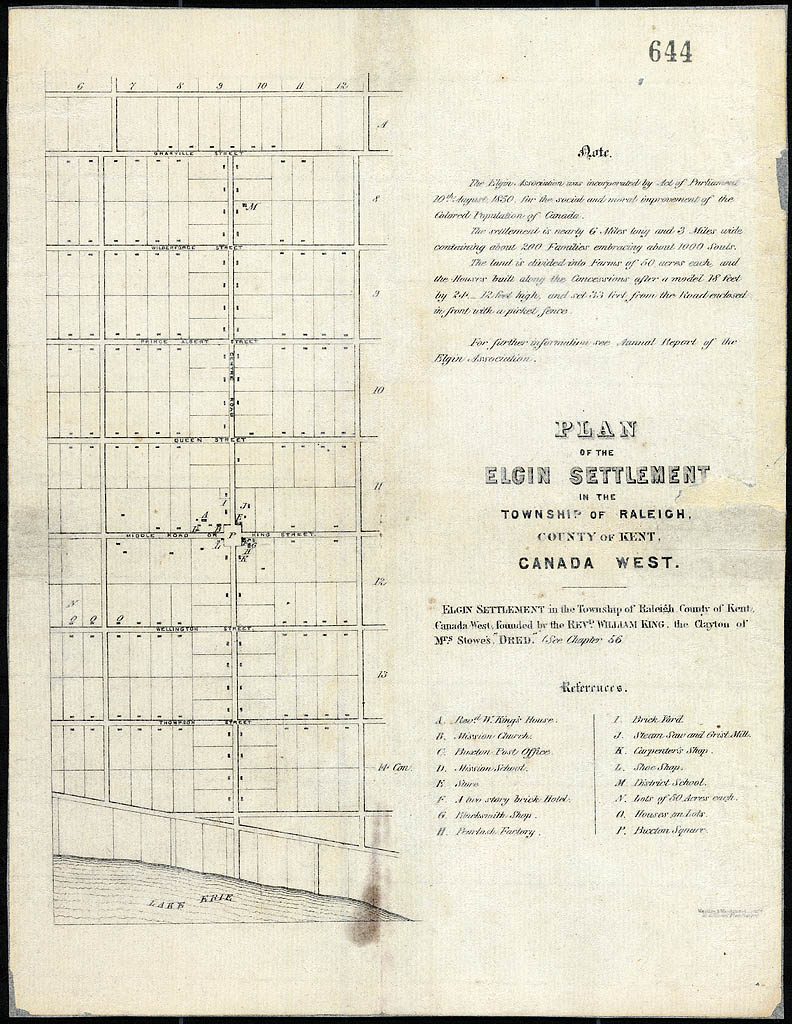 In the beginning, there was much local opposition to King’s plan. Many white settlers believed the Black settlers were inferior. They feared the Elgin Settlement would depreciate property values. Others feared Black settlers would eventually hold positions of power within local governments, thereby destroying white institutions.

One of the Elgin Settlement’s founding principles was for the settlers to become self-sufficient and self-sustaining. With these principles in mind, the community began with rules and regulations to support Black settlers and protect them from white people. For example, Elgin Settlement land could only be purchased by Black people. It was divided into 50-acre lots. Black settlers had 10 years to pay for their property, and houses were built to minimum standards.

Buxton became a thriving community built around agriculture. Residents Henry K. Thomas and Wilson R. Abbott raised money for a sawmill and formed the Canada Mill and Mercantile Association. The association was the first major Black-owned industry in Canada. In addition to the sawmill, residents established a gristmill, pearl ash and potash factories, and a bank. A wooden tram was built to carry logs to Lake Erie for shipping.

Between 1852 and 1856, the population of Buxton grew to 400 residents, many of whom had fully paid for their land. At its peak, nearly 1,200 people lived in and around Buxton. 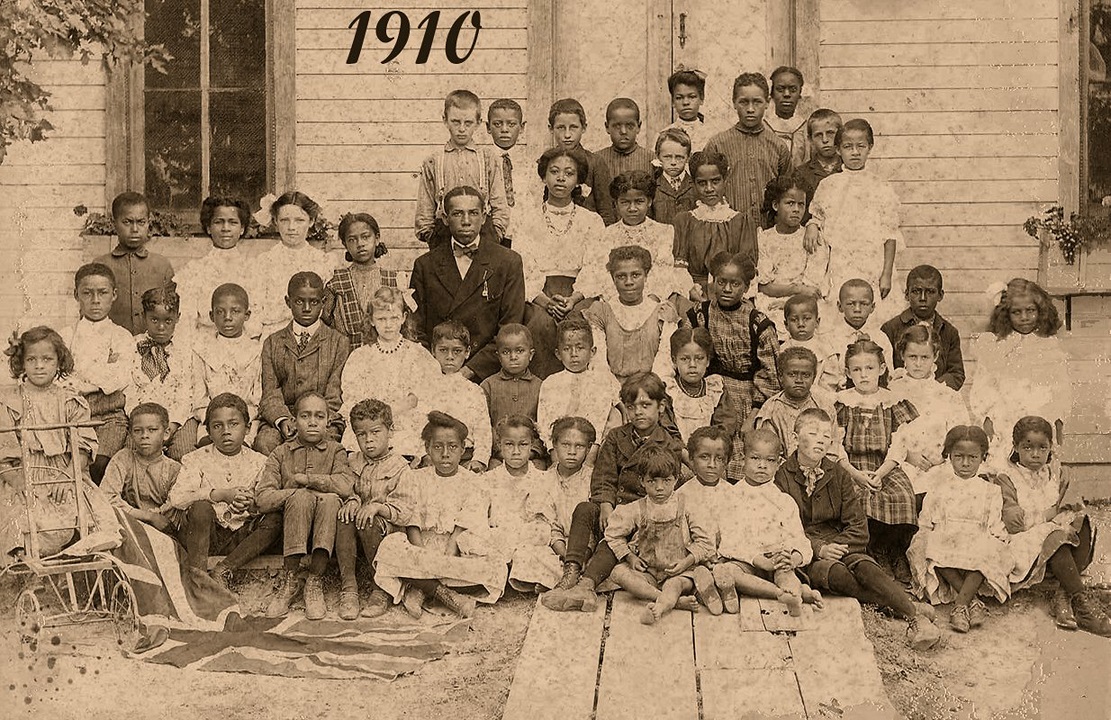 When the American Civil War broke out in 1861, 70 Buxton men left their families, their homes and their freedom to return to the United States. There, they fought as part of the Union Army. After the war, many men returned to their homes in the southern states to search for family and to help rebuild the economy.

In 1887, Reverend William King left the Elgin Settlement to live in Chatham. He died there in 1895. By the turn of the century, life in Buxton had changed. Residents no longer relied on farming for their livelihood. While some residents maintained community businesses, others found work on the railroad. Many left their homes in search of employment in larger Canadian and American cities. 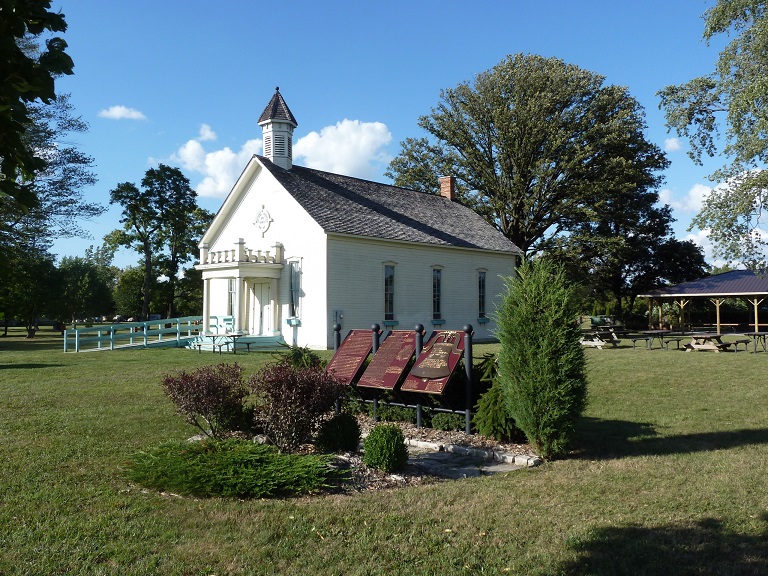 Designated a national historic site in 1999, visitors can tour a museum and buildings original to the Elgin Settlement.

(“Buxton Settlement Sept 2010” by Colincan at English Wikipedia is licensed under CC BY-SA 3.0.)

In 1999, the Elgin Settlement was designated a national historic site. The site includes a museum built by descendants of Buxton’s founding residents and continues to be staffed by people who have ancestral ties to the community. The museum holds original artifacts pertaining to the Underground Railroad, such as shackles. The site also features original buildings from the settlement, including a barn belonging to Abraham Doras Shadd, Mary Ann Shadd Cary’s father.