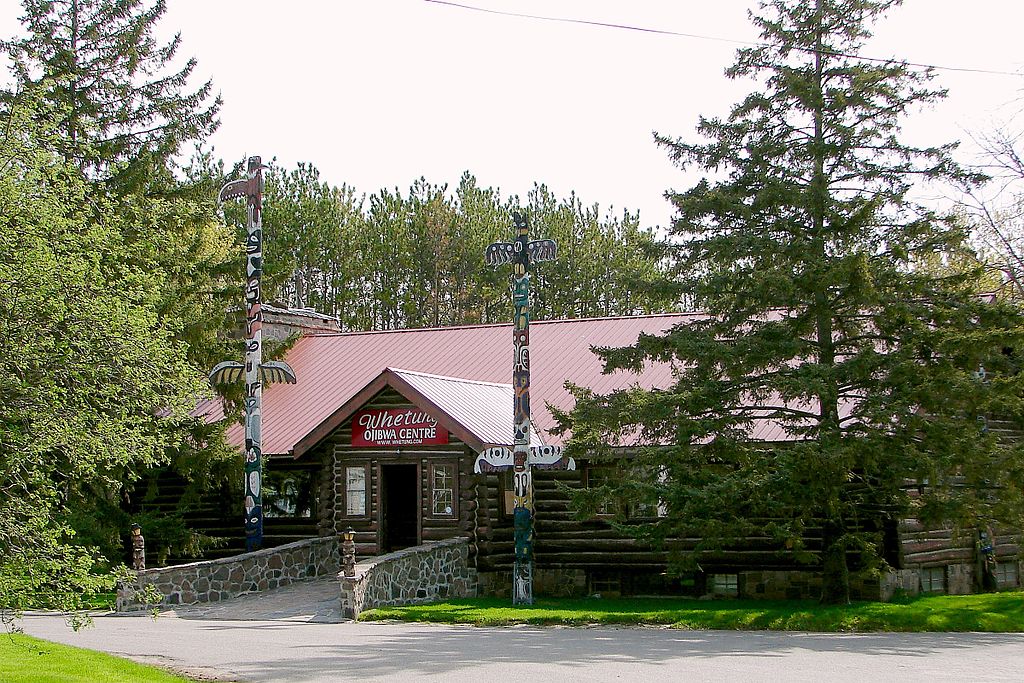 Elsie Marie was born to Esther Mae and George Henry Taylor, both of whom lived on the Mud Lake Reserve, located in southeastern Ontario. George was a caretaker at the band office, and Elsie often accompanied him to community meetings at the office. As she grew up, Elsie spoke with her father about band politics, social issues and problems in the community — conversations that later guided her work as chief of the First Nation.

Elsie spent her childhood on the reserve. She spoke only the Ojibwe language until the age of nine, when she began attending school. Elsie started school later than most children because of an illness that prevented her walking. When she had recovered, she attended the local school run by Indian Affairs with other children on the reserve. The school only taught grades one to eight; as a result, Elsie’s formal education ended there. At the reserve school, the use of the Ojibwe language was prohibited; this planted the seed for Elsie’s dedication to preserving her first language later in life.

When Elsie was 15, her parents arranged for her to marry Cecil Knott, who was 12 years her senior. Cecil suffered from tuberculosis, which prevented him from working on a regular basis. As a means of supporting her family — which grew to include three children — Elsie worked a range of jobs, from picking berries to sewing pajamas for Indigenous children in federal hospitals for $0.35 a pair and sewing quilts to sell to tourists. (See also Indian Hospitals in Canada.)

In September 1951, the Indian Act was amended to allow Indigenous women to vote and be elected to positions in band governments. Knott decided to campaign in the upcoming band election because she was dissatisfied with how much power the Canadian government had over Indigenous people. She wanted her community to have more autonomy and self-determination, and she was concerned with some of the social problems she saw on her reserve, including lack of access to good education and loss of culture. (See also Indigenous Self-government in Canada.)

In 1954, Knott was elected chief of the Mississaugas of Mud Lake Indian Band (now Curve Lake First Nation). At the age of 33, she became the first elected female chief of a First Nation in Canada. Knott served seven terms total: she was chief from 1954 until 1962, and again from 1970 until 1976. In the 1976 election, she was defeated by 12 votes in what was widely considered an upset.

As chief, Knott was forced to overcome an insecurity about public speaking, particularly in English. While she once noted that her gender had not been an obstacle in her election, some of her friends and colleagues have noted that there were individuals who did not believe that women should be chiefs. Nevertheless, Knott’s record demonstrates that the first female chief had many notable accomplishments. For example, Knott obtained federal funds to improve services on her reserve. This resulted in, among other things, the construction of 45 new houses, the digging of wells and the upgrading of roads. In addition, a daycare, community centre and senior citizens’ home were all constructed on the reserve.

A firm supporter of education and culture, Knott helped to start a language program at the Curve Lake First Nation School, and she taught weekly Ojibwe language classes. (See also Indigenous Languages in Canada.) She also visited prisons and taught Ojibwe to inmates. In the early 1960s, Knott founded the Knott Bus Service — an initiative to improve Indigenous access to education. The service began when five children from Knott’s reserve expressed interest in continuing their education beyond grade eight. A driver was hired to take the children to and from the main highway where they were picked up by the county school bus. One day the driver was absent, and Knott was asked to drive the children. She eventually created the Knott Bus Service, which grew to include two 78-passenger school buses. Knott drove a school bus for the next 31 years, including during the years when she was chief of Curve Lake First Nation.

Knott organized many community events, and she set out to increase awareness of First Nations culture, both on the reserve and in neighbouring areas. Knott revived the powwow, opening it to outsiders, and she used the money that was raised for Christmas hampers. In 1977, she also helped to host an Indigenous hockey tournament involving 60 reserves. Knott eventually prohibited the sale and consumption of alcohol on the reserve having first organized a referendum on the issue.

Knott was also active in Indigenous politics outside her reserve. She served as an Elder in the Union of Ontario Indians and on the board of directors of the National Indian Brotherhood (now the Assembly of First Nations). She was a vocal opponent of the 1969 White Paper on Indian Policy, famously burning the paper and dancing on the ashes.

Knott was acknowledged as one of 25 outstanding women in Ontario in 1975, named International Women’s Year. Three years later, she received an award from Hugh Faulkner, then minister of Indian Affairs, for her 25 years of accident-free school bus driving.

After her death in 1995, Knott’s memory was honoured as part of the Anishinabek Nation’s Celebration of Women conference in 1998. She also received a posthumous Life Achievement Award from the Union of Ontario Indians in recognition of her community work and leadership in 1999.