The fifth of seven children, Carnegie was born in Toronto to Jamaican immigrants Adina James Mitchell and George Nathaniel Carnegie. He grew up in North York, where he played softball, golf and hockey. Carnegie began dreaming of playing professional hockey at around age eight; that was when he first laced up a pair of skates and took to the ice. Hockey was his calling. His older brother Ossie was also an aspiring professional hockey player.

At 5 feet 8 inches and around 170 pounds, Carnegie was considered small by hockey standards. But he was determined to turn professional. During the 1930s, Carnegie registered with local amateur leagues. He played for the Toronto Observers, Earl Haig Secondary School and Toronto Vocational. According to Cecil Harris, author of Breaking the Ice, Carnegie earned the nickname “Swivel Hips” due to his ability to get past opposing players. A skilled skater and puck handler, he was also a creative and instinctive playmaker.

In 1938, he started playing with the Toronto Young Rangers Junior A team. That year, Conn Smythe, boss of the Toronto Maple Leafs, allegedly said that he would take Carnegie “tomorrow” if he could “turn him white.” (Another version of the story is that Smythe said he would pay $10,000 to anyone who could turn Carnegie white). In a 2002 interview, Carnegie recalled that he was “shatter[ed]” when he learned what Smythe had said. However, his passion for hockey was not diminished. 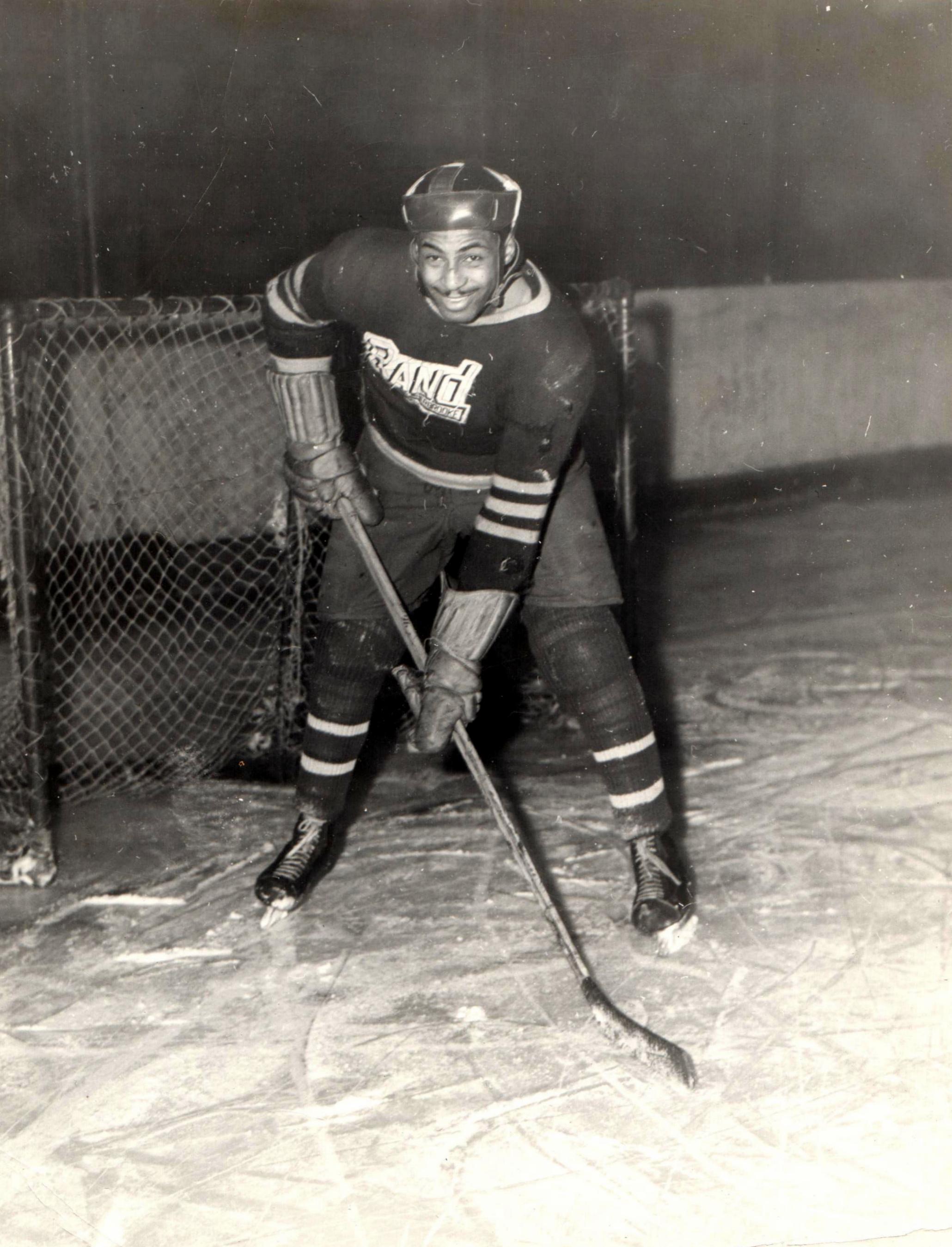 From 1940 to 1942, Carnegie played with the Timmins Buffalo Ankerites. It played throughout Northern Ontario and Quebec. During the 1941 season, the Buffalo Ankerites were the first semi-professional organization to feature an all-Black line; it consisted of Carnegie, his brother Ossie, and Vincent Churchill “Manny” McIntyre. Sportswriters and fans referred to the trio as the “Brown Bombers,” “Dusky Speedsters,” and “Dark Destroyers.” Ultimately, they became known as “Les Noirs” or the “Black Aces.” Herb (the playmaker) played centre while Ossie (the sniper) and McIntyre (the enforcer) covered the wings. During two seasons with the Ankerites (1940–41 and 1941–42), they helped the club earn two league championships. The Black Aces became one of the most skilled and respected lines in minor-league hockey during the 1940s. They played together on various teams, including the Sherbrooke Saints. 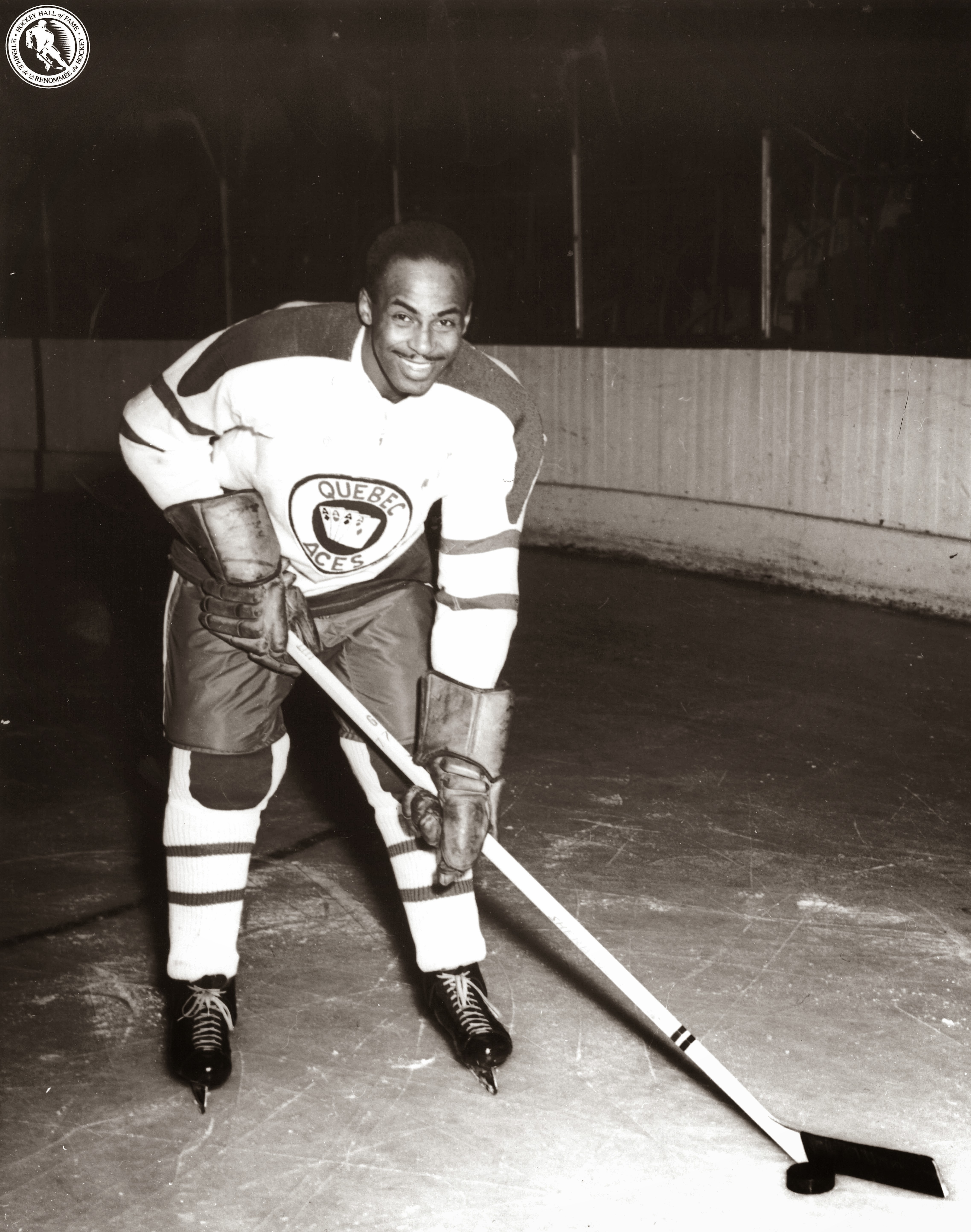 While playing with the Ankerites, the Carnegie brothers and McIntyre caught the attention of teams in the Quebec Provincial Hockey League (QPHL). In 1944, Carnegie began his QPHL career as a member of the famous Shawinigan Cataractes. But he only played with them for one season. The following season, Carnegie joined the Sherbrooke Randies; it was renamed Sherbrooke St. Francis (or Saints) in 1946. During the 1947–48 season with Sherbrooke, Carnegie scored an astounding 127 points (48 goals, 79 assists) in 56 games. This brought him to the attention of NHL talent scouts.

In 1948, the New York Rangers invited Carnegie to their training camp, offering him a chance to qualify for their NHL roster. However, Carnegie was not selected for the team and was recommended to the minor leagues. The Rangers wanted to hold the rights to him, but according to Carnegie, he would have made less money in the minors than he could earn in Quebec. He turned down the Rangers' offer and returned to Sherbrooke for the 1948–49 season. By then, the Sherbrooke club had joined the Quebec Senior Hockey League (QSHL). This was the last season the Black Aces played together; they scored a combined 142 points in 63 games. Sherbrooke finished second in the league standings.

For the 1949–50 season, Carnegie transferred to the Quebec Aces (based in Quebec City), where he played under coach George “Punch” Imlach for four seasons. During the 1950–51 season, Carnegie played alongside Jean Béliveau, the future Montreal Canadiens star and Hockey Hall of Famer. According to Béliveau, Carnegie was “a super hockey player, a beautiful style, a beautiful skater, a great playmaker. In those days, the younger ones learned from the older ones. I learned from Herbie.”

Carnegie spent his final season with the Owen Sound Mercurys of the Ontario Hockey Association Senior A league (OHASr). He retired from hockey in 1954 at age 34.

Carnegie never achieved his dream of making the NHL. He believed, like many, that his African heritage was the sole reason he was unable to break into the league. In several interviews, he recalled being devastated by the alleged (and widespread) remark by Maple Leafs boss Conn Smythe that he would sign Carnegie if only someone could “turn him white.” (Historians have debated Smythe’s actual words and what he meant by them.) In his autobiography, Carnegie also wrote that hockey fans and opposing coaches hurled insults and derogatory terms at him and other Black players throughout his amateur and semi-professional careers. During a 2009 CBC interview, he cried openly when discussing the prejudice he had experienced during his hockey career.

Chinese Canadian hockey player Larry Kwong broke the NHL colour barrier in 1948. In January 1958, the first Black player made the NHL when Willie O’Ree debuted with the Boston Bruins.

After retiring from hockey, Carnegie joined Investors Group in 1964. He became the first Black Canadian financial advisor employed by the company. He worked in this position for 32 years. 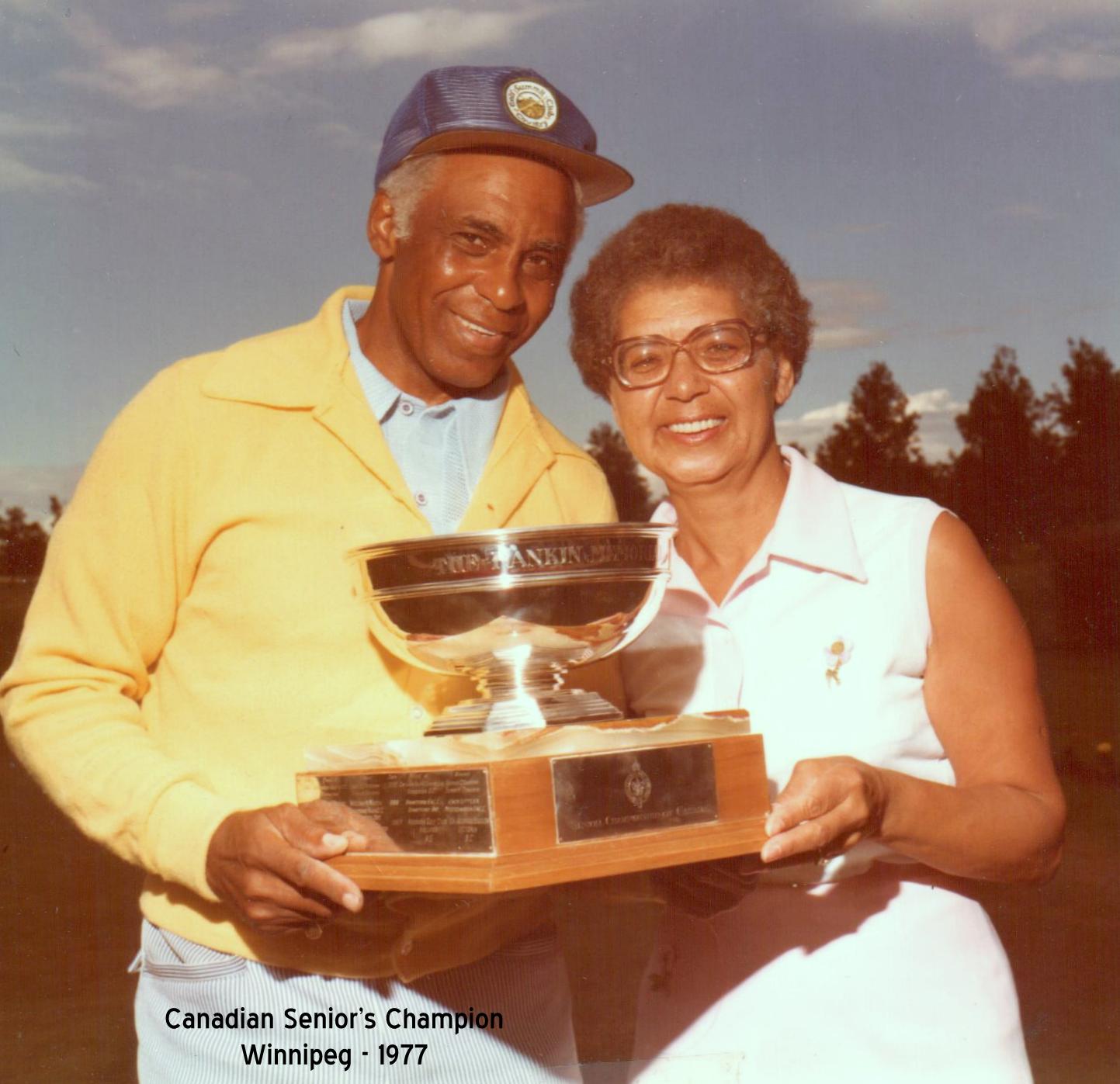 In 1955, Carnegie founded the Future Aces Hockey School. It was the first registered hockey school in Canada. In 1987, he established the Herbert H. Carnegie Future Aces Foundation with his wife, Audrey, and his daughter Bernice. It helps youth develop into responsible and capable future citizens. Since its inception, the organization has provided over $630,000 in scholarships. In the 1990s, Carnegie and the Future Aces appeared as heroes in two special issues of The Amazing Spider-Man comic, titled “Skating on Thin Ice!” and “Double Trouble.”

Carnegie died on 9 March 2012 at Sunnybrook Hospital in Toronto, at 92 years of age. He was survived by his four children: Goldie, Dale, Bernice and Rochelle. Carnegie’s wife of 63 years, Audrey Redmon, died in 2003.


Carnegie was also the recipient of numerous community and honorary awards. He received the Order of Ontario (1996); the Order of Canada (2003); the Queen’s Silver Jubilee Medal (1977); the Golden Jubilee Medal (2002); and the Diamond Jubilee Medal (2012; posthumous). He also received the Ontario Medal for Good Citizenship (1988); City of North York Volunteer of the Year (1989); Volunteer Award of Distinction (1997); Apple Creek SDA Role Model Award (2009); and the Planet Africa Lifetime Achievement Award (2007), as well as many other community service and lifetime achievement recognitions.

The Investors Group instituted their own Herbert H. Carnegie Award in 2003. It is awarded to employees who demonstrate professional excellence and devotion to their community. In June 2006, Carnegie received an Honorary Doctor of Laws degree from York University. A Public School in the “Maple” district of Toronto is named in his honour. The hockey arena formerly known as North York Centennial was changed to Herbert H. Carnegie Centennial Centre in 2001. 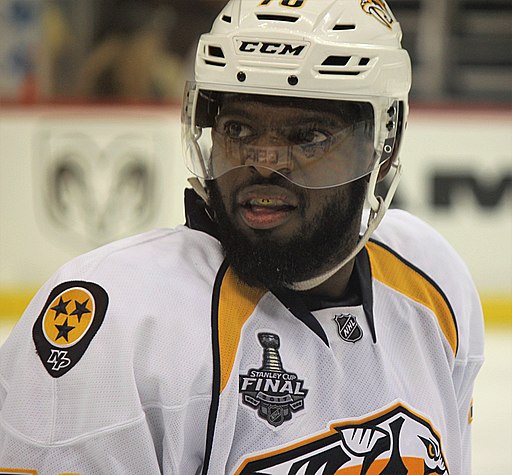 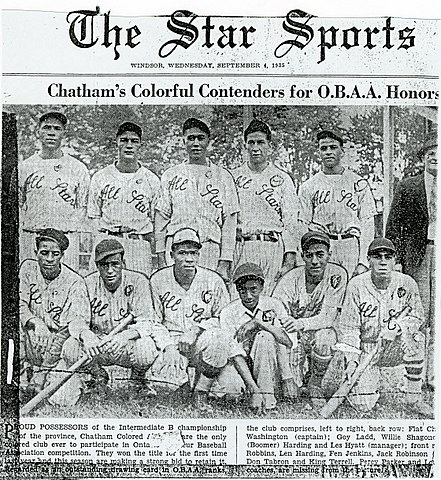