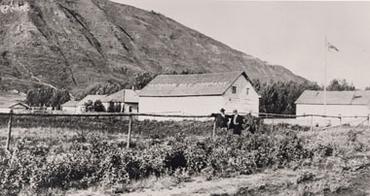 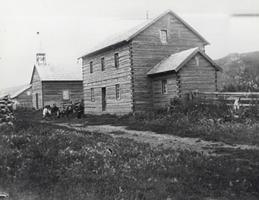 One of the most important fur trade sites on the PEACE RIVER, a post operated at Dunvegan from 1805 to 1918. The first post was built by Archibald Norman McLeod of the North West Company to trade with the BEAVER and other First Nations who lived in the middle and upper reaches of the Peace River. He named the post after the MacLeod castle on the Isle of Skye. After 1821 the HBC operated the post, which was noted for its productive gardens and as a source of meat and leather for other posts in the district.

In 1867 the St Charles Mission was founded by the OBLATES OF MARY IMMACULATE, a Roman Catholic missionary congregation. The mission operated until 1903. Between 1879 and 1891, the Anglicans also operated a mission, St Saviour's, at Dunvegan.

Today the site includes the carefully restored and furnished Factor's House and St Charles Church and Rectory. The site is open seasonally from mid-May to September.