Poutine is a Québécois dish made of fresh-cut french fries topped with cheese curds and gravy. It first appeared in 1950s rural Quebec snack bars. It was widely popularized across Canada and beyond in the 1990s. Poutine may be found everywhere from fine dining menus at top restaurants to fast-food chains including McDonald’s and Burger King. It has become an iconic symbol of Québécois cuisine and culture.

In 2003, poutine became the subject of controversy surrounding public heath debates. A group of Toronto mothers — dubbed “the poutine police” — petitioned for the food’s removal from school cafeterias due to its high fat content. They were successful in seeing the dish banned from local schools and replaced with healthier options. Also in 2003, the youth wing of the Quebec Liberal Party moved to have poutine banned from school cafeterias in the province. Their proposal was dismissed by Premier Charest, who mockingly told journalists that “there are limits to righteousness.” 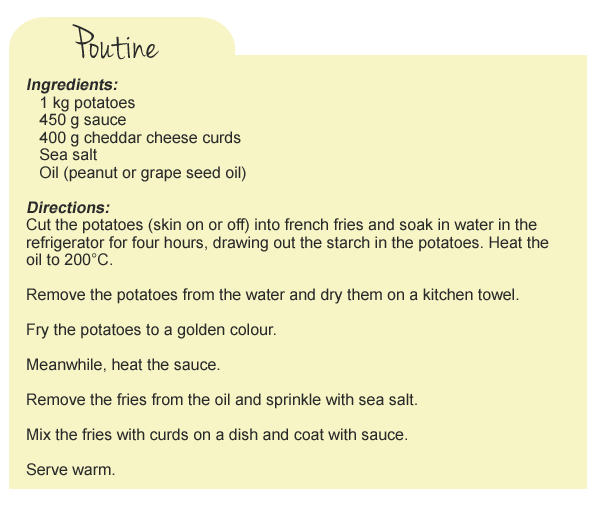