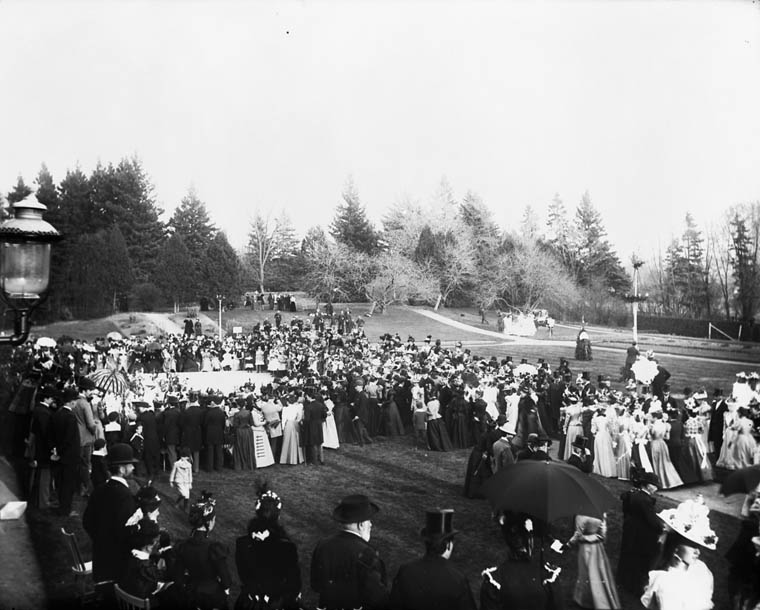 The idea of dedicating the first of May to workers originated in the political and social climate of the industrial revolution. In 1889, during the founding congress of the Second International in Paris, a resolution was passed to commemorate the strike led by American workers fighting for the eight-hour workday. The strike started on 1 May 1886 and ended in violent confrontations with the law enforcement agencies, such as the riot in Chicago’s Haymarket Square on 4 May. According to historian Eric Hobsbawn, this new tradition took form by binding itself to the symbolism of ancient folkloric customs linked to spring festivals. During the 1890s, May Day was an active player in the emergence of socialist iconography in Europe and contributed to the popularization of a social project built on the values of equality, solidarity and internationalism.

It wasn’t until the beginning of the 20th century, however, that May Day saw protests in Canada. According to historian Alban Bargain-Villéger, the hostile picture of the European demonstrations painted by the Canadian print media depicted a subversive and violent event. For their part, the union representatives and the federal government agreed to favour Labour Day, which was celebrated in September and brought forward images of a peaceful coexistence between capital and labour. This day has been a statutory holiday since 1894 and is marked by various activities, mainly organized by craft unions (see Labour Day).

The first International Workers’ Day celebrations took place in Montreal in 1906. On this occasion, almost a thousand people roamed the city streets before gathering at the Empire room. Invited by the socialist workers’ party, the industrial workers’ union and other social-democratic groups, the participants congregated under a red flag bearing the slogan “Travailleurs du monde, unissons-nous” (“Workers of the world, unite”). This “socialist parade” was mainly comprised of immigrant workers, and speeches were made in English, French, Russian and Italian.

In 1907, the demonstration gave rise to confrontations with law enforcement agencies who violently dispersed the crowd gathered at the Champ-de-Mars. This episode translated several tensions. On the one hand, an ideological intensification was taking place within the same labour movement. According to historian Jacques Rouillard, the Montreal trade and labour council had declined the invitation to join the organizers, asserting that it “did not share socialist principles and that it recognized no other Labour Day than the one celebrated on the first Monday in September.” On the other hand, an opposition existed between nationalism and internationalism. In Bargain-Villéger’s opinion, May Day fit neither in the liberal model, nor in the consensual Canadian narrative as it was unfolding at the time. This explains why students were singing “O Canada” to compete with “L’Internationale” and “La Marseillaise.”

In spite of these setbacks, the May Day Parade became a yearly event. 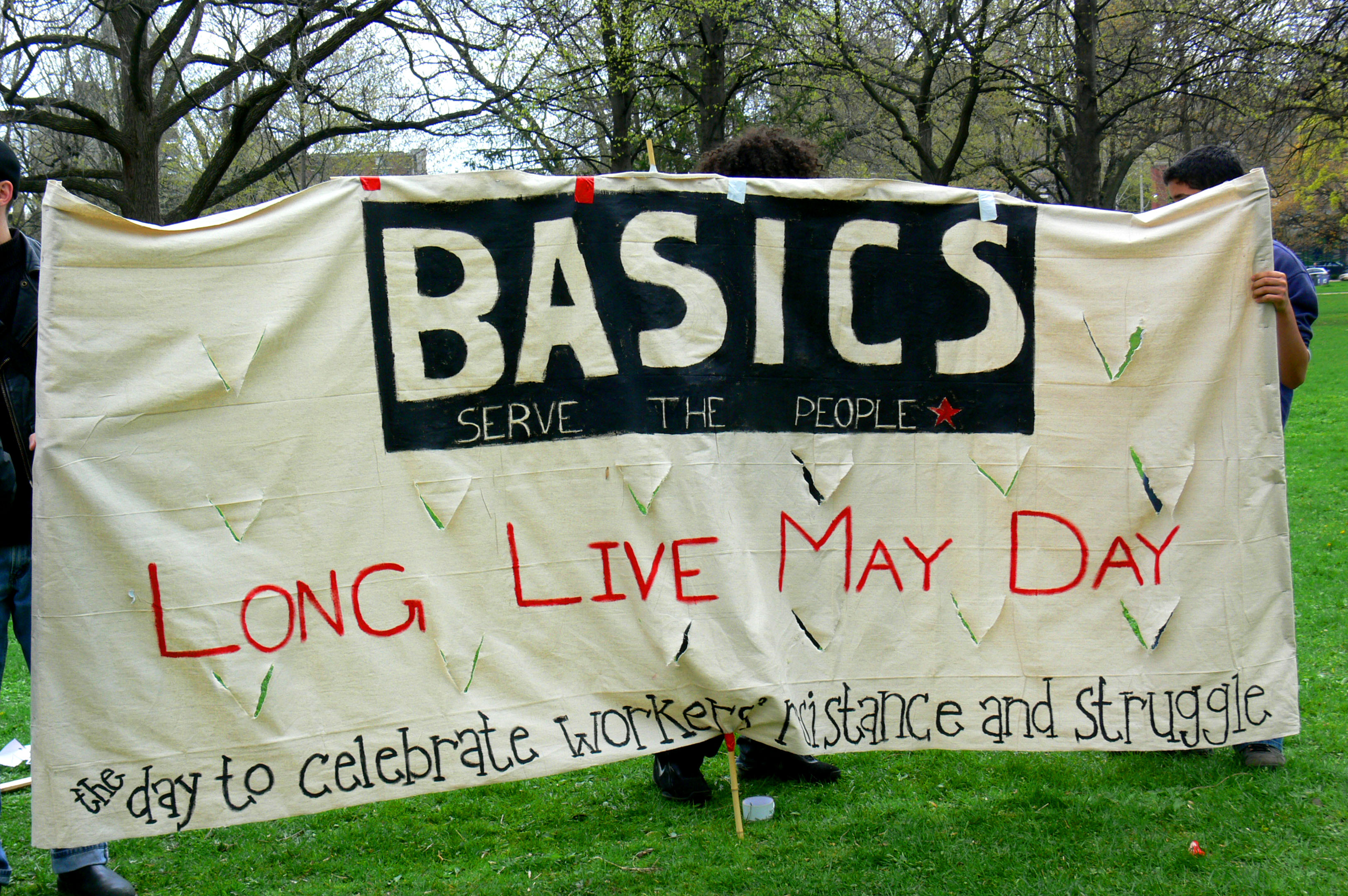 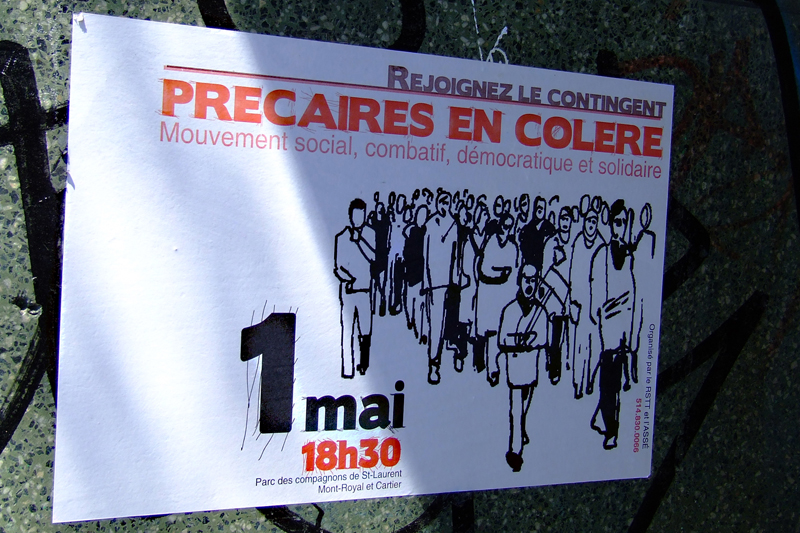 Until the First World War, the May Day protests in Montreal remained the most extensive in the country. They mainly involved participants from recent immigrant communities, namely Jews, Russians, Italians, Finns and Ukrainians. However, it was only in May 1921, when the Communist Party of Canada (CPC) was founded, that the celebrations increased in scope. According to historians Craig Heron and Steve Penfold, May Day was more popular in places where Labour Day was celebrated less, as well as in smaller mining and industrial communities where European immigrants accounted for a large percentage of the population. In Glace Bay and Timmins, International Workers’ Day attracted thousands of participants in the 1920s.

Furthermore, the importance of May Day celebrations increased during the economic crisis and depression of the 1930s. As mentioned by historian Andrée Lévesque, the CPC was declared illegal in 1931 as the political class saw the strong comeback of anti-Communist discourse. The May Day festivities were then marked by the suppressive measures of the Royal Canadian Mounted Police, the Quebec Provincial Police and various local police services. In 1932, miners and loggers were welcomed with water canons and tear gas in front of the city hall in Rouyn, in Quebec. In 1934 in Toronto, the police were busy confiscating banners considered subversive. However, the demonstration took place in a relatively calm atmosphere when women and children participated. Given the economic context, demands included free milk for children, employment insurance and a law against evictions. On another note, some of the participants were known to anger the authorities.

In 1936, the ban on the CPC was lifted and the party participated in the May Day festivities in Edmonton, Winnipeg and Vancouver. In fact, in several places in western Canada, the demonstrations came to overshadow Labour Day. The emphasis on unity among the working class set International Workers’ Day apart from the September celebrations, as did the goal of its education rather than its entertainment. 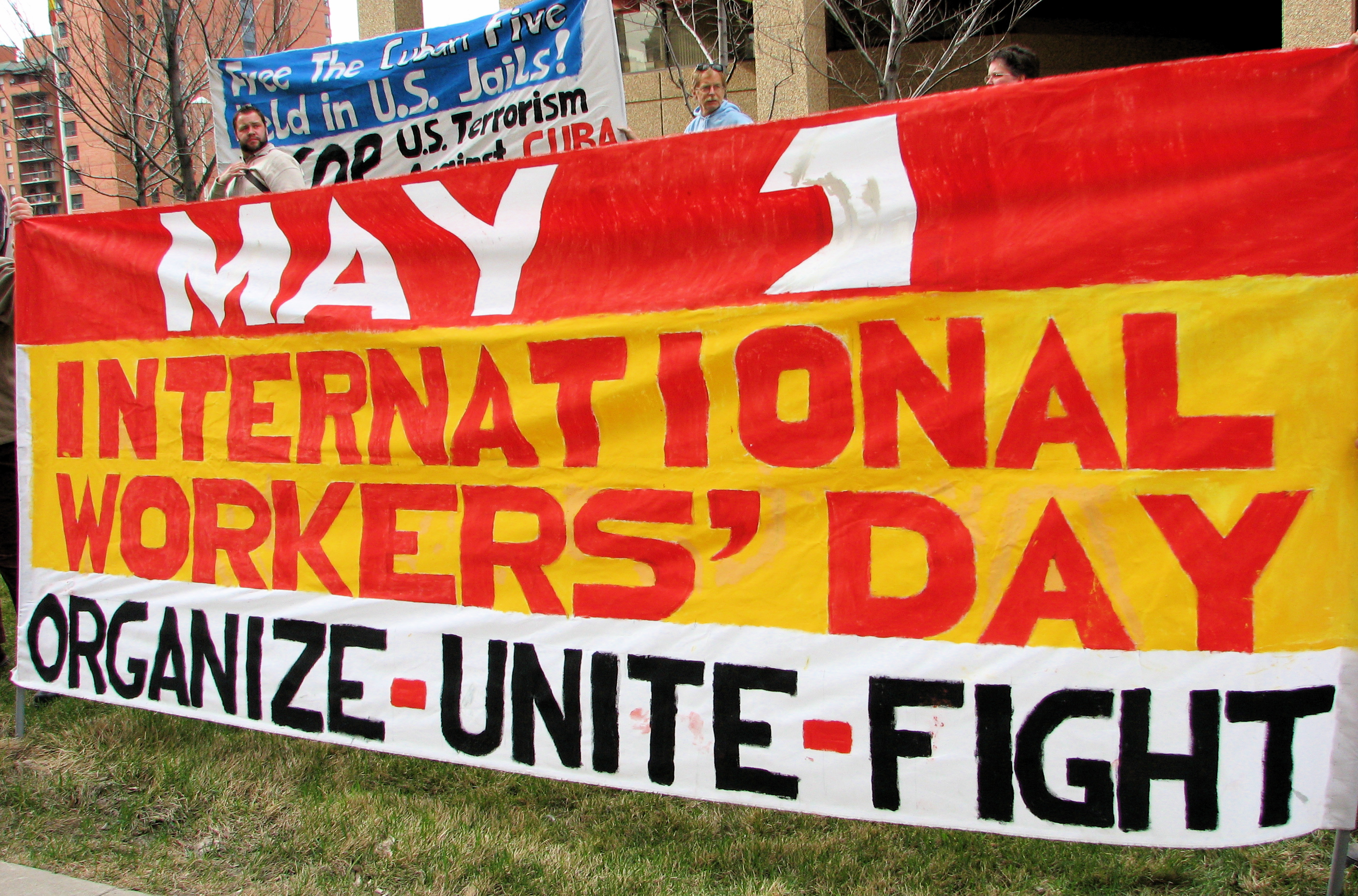 At the end of the Second World War and during the Cold War, the political climate was no longer conducive to May Day demonstrations. Across the country, these festivities became very rare because of their association with communism. However, they made a powerful comeback in the 1970s, particularly in Quebec, during the extended formation of the common front of trade unions in 1972. International Workers’ Day then became a testimony of the radicalization and political influence of the union movement during a time where Quebec was identifying more closely with social democracy. In western Canada, gatherings were organized in Winnipeg and Vancouver, but not on the same scale as the Montreal processions.

Although not officially recognized in Canada, International Workers’ Day is still observed with parades and gatherings across the country. 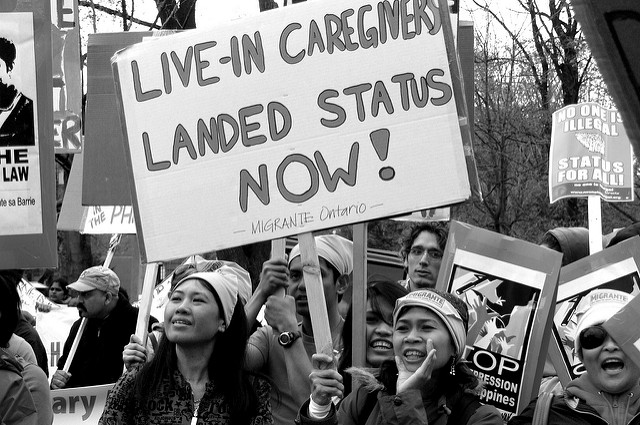