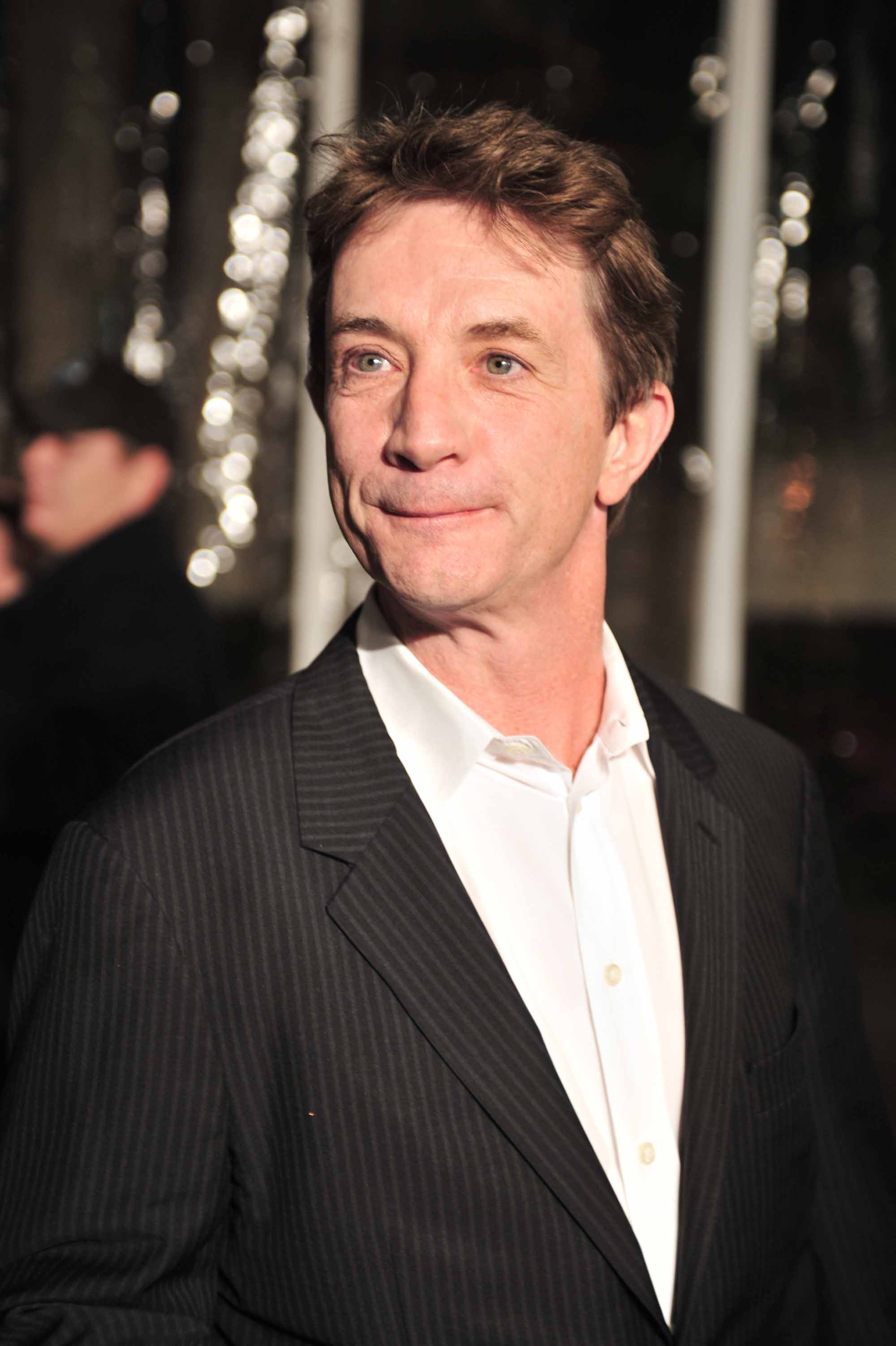 Martin Short grew up in Hamilton, Ontario, the youngest of five children to parents Charles and Olive. Both parents influenced Short’s passion for art and comedy during his youth. His father was known for his sharp sense of humour, while his mother, a violinist with the Hamilton Philharmonic Orchestra, nurtured his thirst for performing. As a child, Short recorded his own albums on a reel-to-reel recorder and improvised talk shows in which he played host, guest and audience.

Short endured considerable loss in his youth. When he was 12 his brother David died, and by the time he was 20 he had lost both of his parents. In his 2014 memoir, I Must Say: My Life as a Humble Comedy Legend, Short observed that “humour was what kept us sane.” However, he refutes the notion that his career as a comedian stemmed from a desire to alleviate the pain of a tragic youth. He credits losing both parents at a young age with giving him experience and fearlessness.

Martin Short attended McMaster University and spent two years in pre-med before changing his major to social work. He performed in campus plays, became a member of the McMaster Shakespearean Players and the president of Proscenium, a club that mounted musicals. It was at McMaster that he met Eugene Levy and Dave Thomas, with whom he would continue to collaborate for years to come. 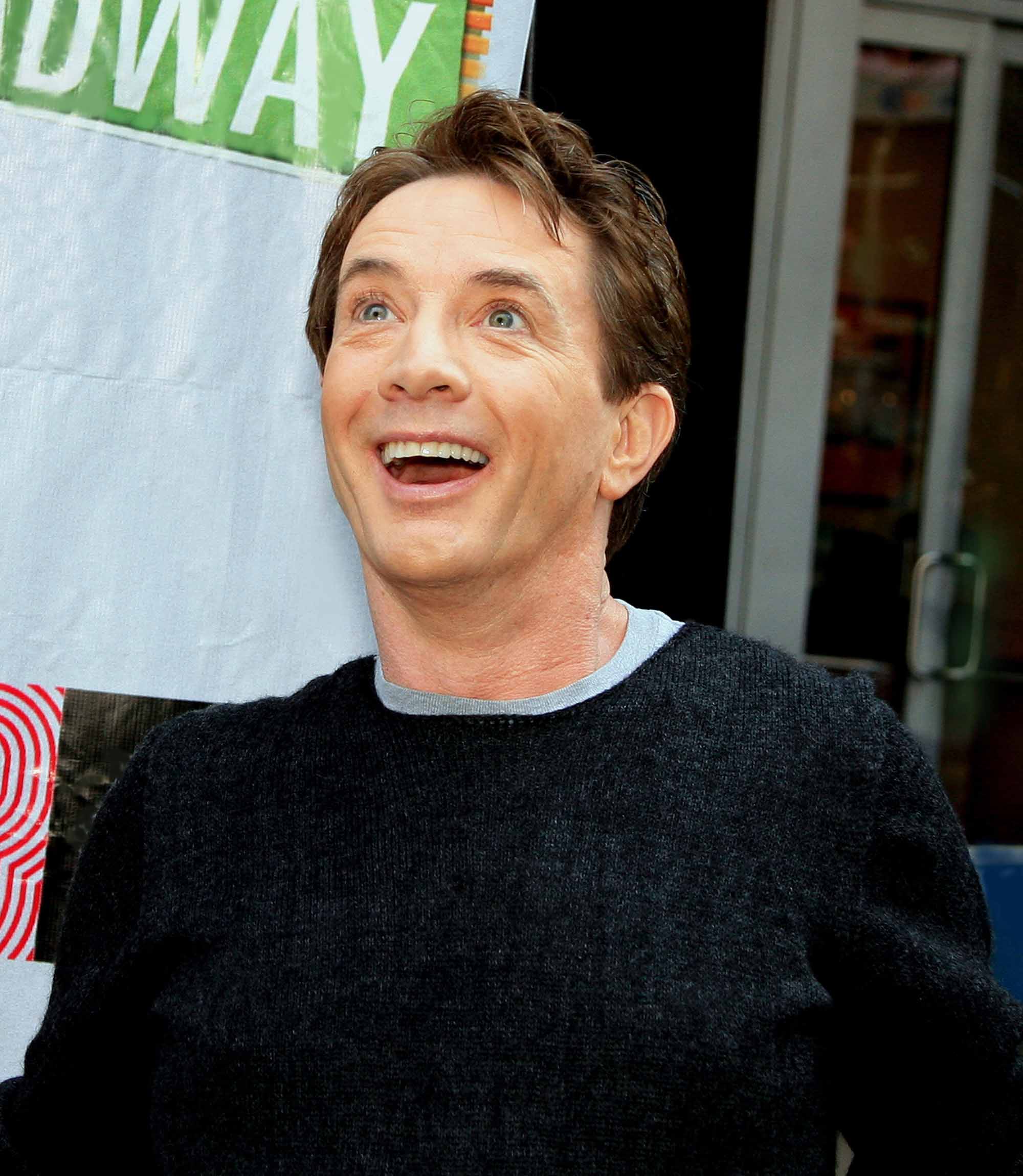 After graduating from McMaster, Short worked part-time as a social worker while establishing himself in the Toronto comedy scene. He landed his first professional acting gig in a credit card commercial in 1972. His big break came that year with the Toronto production of Godspell, in which he was cast alongside Eugene Levy, Paul Shaffer, Victor Garber, Gilda Radner, Jayne Eastwood, Andrea Martin and Nancy Dorman. (Short and Dorman were married from 1980 until her death in 2010.) Godspell was extremely successful and ran for 488 shows, launching the careers of many of Canada’s top comics. Reviews were very positive, with Short’s hometown Hamilton Spectator writing that he performed with “the look film directors try to capture in movies about young stars breaking into theatre.”

Short hosted the CBC TV youth variety show Right On (1972) and was a regular on Global’s Everything Goes (1975). He appeared in a mix of stage productions, including the queer prison drama Fortune and Men’s Eyes (1974), and Harry’s Back in Town (1976). He also had a supporting role, along with other future SCTV regulars, on David Steinberg’s CTV sitcom The David Steinberg Show (1976).

Although many of his peers flocked to Second City when the Chicago comedy troupe opened a company in Toronto in 1973, Short resisted because he didn’t think he was funny enough. However, he continued to collaborate with the tight-knit group of Toronto comics. He has compared the city’s comedy scene in the 1970s to the Paris arts scene in the 1920s.

In 1977, Martin Short joined Second City in Toronto, where he learned “how to write and how to trust my instincts onstage.” He appeared on some American television series, including The Love Boat (1980), Taxi (1981) and a regular role on the James L. Brooks sitcom The Associates (1979–80), before appearing in the American version of SCTV in 1981. In 1982, he moved back north to appear in the original Canadian version, displaying his versatility as an artist and his superb comic timing. He later won a Primetime Emmy Award for his writing on the show.

Short displayed an aptitude for slapstick comedy and an ability to assume any voice or persona. This brought him to the attention of fellow Canadian Lorne Michaels, who asked Short to join the Not Ready For Prime Time Players on the hit show Saturday Night Live (SNL). Short brought some of his SCTV characters to SNL and further proved his flair for impersonation by mimicking a host of celebrities, including a spot-on take of Katharine Hepburn. Although Short appeared on SNL for only one year (1986), it led him to a new forum for comedy: feature films.

Martin Short made his film debut alongside Steve Martin and Chevy Chase in ¡Three Amigos! (1986). Co-written by Martin and Lorne Michaels, the film performed moderately with audiences and received mixed reviews from critics. Roger Ebert suggested that ¡Three Amigos! would be better served if all three actors adopted the “manic goofiness” of Short’s SNL style.

Since then, Short has flourished as a comedic character actor. Innerspace (1987) proved that he could steal any scene, with Variety noting that he comes “into his own as a screen personality as a mild-mannered little guy who rises to an extraordinary situation.” Short lent his talents to such films as Cross My Heart (1987), Three Fugitives (1989) and Christopher Guest’s Hollywood spoof The Big Picture (1989).

Short charmed movie audiences with his clever and quirky interpretation of the flamboyant wedding planner Franck Eggelhoffer in Father of the Bride (1991) and Father of the Bride: Part II (1995). Critics called his performance a highlight, with the Washington Post giving a rave review that embodied much of Short’s film work, saying, “The movie's true runaway performance is given by Martin Short, who’s beginning to specialize in stealing the show with his sublimely otherworldly cameos. This is another of his blissful caricatures, and light-years beyond eccentric. As Franck, he plays a fey autocrat of unfathomable origin… Short twists his voice and his body into unimaginable contortions. His work here is inhumanly funny.”

For television, Short hosted The Martin Short Show (1999–2000), which was nominated for six Daytime Emmy Awards. He wrote and produced three comedy specials, all of which won major awards. One of Short’s televised hits was the somewhat controversial Primetime Glick (2001–03) on Comedy Central, in which he appeared as an overweight and obnoxious talk show host. In 2004, Short took this character to the big screen for the feature Jiminy Glick in Lalawood.

Since then he has appeared on the popular series Law and Order: Special Victims Unit (2005), Arrested Development (2005), Weeds (2011), How I Met Your Mother (2011–12), Mulaney (2014–15), The Unbreakable Kimmy Schmidt (2015) and Modern Family (2016). Short gave one of his best and most unexpected performances as determined lawyer Leonard Winstone in the third season of the legal drama Damages (2010), alongside Glenn Close and Lily Tomlin, earning him a Primetime Emmy nomination. He also contributed voice work to the series The Cat in the Hat Knows a Lot About That! (2010–18), for which he earned another Daytime Emmy nomination, BoJack Horseman (2017) and The Simpsons (2017).

In 2012, Short served as a judge on Canada's Got Talent and hosted the TV specials Long Story Short (2011), celebrating the CBC’s 75th birthday, and I, Martin Short, Goes Home (2012). He also hosted the 2013 and 2014 Canadian Screen Awards, earning rave reviews for his lively efforts. He and Maya Rudolph hosted the short-lived NBC variety series Maya & Marty (2016). Also in 2016, the Academy of Canadian Cinema and Television awarded Short a Lifetime Achievement Award at the fourth annual Canadian Screen Awards.

Short has appeared in numerous stage productions, including revues comprising his own material as well as mainstream productions. Some of his Canadian stage credits include: You're a Good Man, Charlie Brown; What's a Nice Country Like You Doing in a State Like This?; The Apple Tree; and numerous Second City mainstage productions in Toronto. His success in Broadway theatre includes Neil Simon’s The Goodbye Girl (1993), for which he won two awards and was nominated for a Tony Award; Little Me (1999), for which he won a Tony Award; and It’s Only a Play (2015).

He created an autobiographical one-man show, Martin Short: Fame Becomes Me, for Broadway and began touring with it in 2006, reprising some of his most popular characters, including Jiminy Glick and Ed Grimley. In 2003, he starred in the Los Angeles run of The Producers alongside Jason Alexander. Mel Brooks had originally approached Short to star in the Broadway production, but Short declined because he didn’t want to relocate his family from Los Angeles.

In 2018, Netflix broadcast the comedy special Steve Martin and Martin Short: An Evening You Will Forget for the Rest of Your Life, which the two comedians filmed at the Peace Center in Greenville, South Carolina. It was nominated for four Primetime Emmy Awards, including Outstanding Variety Special and Outstanding Writing for a Variety Special. Martin and Short were scheduled to embark on the comedy tour Now You See Them, Soon You Won’t in 2019.

Short frequently participates with charitable causes including: Comic Relief, the Toys “R” Us Children’s Fund; The Calgary Foundation’s 2013 Flood Rebuilding Fund, for which he and Steve Martin donated proceeds from a live performance; and the Women’s Cancer Research Fund, which honoured Short and his wife Nancy following her death from cancer. Short lives and works in California and maintains a residence in Ontario’s Muskoka region. 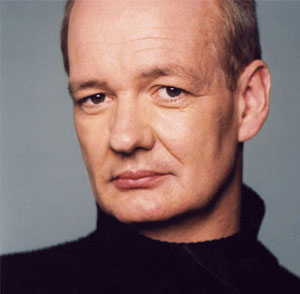