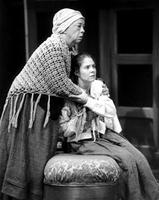 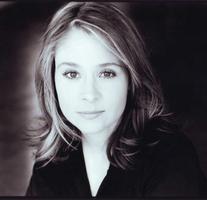 Megan Elizabeth Laura Diana Follows, actor (b at Toronto 14 March 1968). Megan Follows began acting as a toddler, sharing the stage with her parents and siblings. Her work began in TV when she was cast in the Canadian short film Clare's Wish in 1978. As a young girl she appeared in episodes of The Littlest Hobo (1982), the popular sitcom Facts of Life (1982), and as co-host for the third season of the seriesGoing Great. In 1985 she appeared with co-star Corey Haim in the film adaptation of Stephen King's novel Silver Bullet. But the role that endeared her to millions of viewers was that of the imaginative dreamer Anne Shirley in Anne of Green Gables (1985).

In 1989 her onscreen chemistry with Colleen Dewhurst, who played adoptive parent Marilla Cuthbert in the Anne movies, was showcased when they teamed up as a mother and daughter in the Alan King film Termini Station. Follows was nominated for a Genie Award for her portrayal of a hardheaded teenage hooker caring for her alcoholic, terminally ill mother in a dysfunctional family. She continued her movie work in Inherit the Wind (1988) and in 1990 hers was the voice of Clara in the animated classic The Nutcracker Prince; she also starred in Deep Sleep.

In 1988 she took to the theatre stage along with her sister and mother in The Effect of Gamma Rays on Man in the Moon Marigolds. While continuing her movie career with the filming of Cry in the Wild: The Taking of Peggy Ann (1991), she also starred in Shakespeare's Romeo and Juliet at Canada's prestigious Stratford Festival in 1993.

In 1995 Follows was cast in Under the Piano as Rosetta Basilio, an autistic savant raised by a mother whose fear has kept her from living her dream of being an opera singer. In this role Follows brilliantly demonstrated her versatility as actor. As well as starring in the movies Major Crime (1997), Reluctant Angel (1998), and What Katy Did (1999), Follows appeared in a variety of popular television series including Law and Order, The X Files,CSI: Crime Scene Investigation, CSI: Miami, and ER.

Megan Follows became a star partly because of her association with another Canadian "star," Anne of Green Gables, and appeared in a tongue-in-cheek spoof of her fictional counterpart on the CBC comedy Made in Canada (1998-2003). In Open Heart (2004) Follows played a nurse who exposes the slipshod practices of an arrogant and careless doctor. Again she was nominated for a Gemini Award for best actress. In 2005 she accepted the recurring role of Janice Keneally in the Canadian sitcom Robson Arms, filmed in Vancouver. She has been seen in the made-for-television movies Shania, A Life in Eight Albums (2005), Booky Makes Her Mark (2006), Booky and the Secret Santa (2006), and Booky's Crush (2009). In series television Megan Follows has remained busy with roles in, among others, Cold Case, Crossing Jordan, The Border, Lie to Me, Brothers and Sisters and Heartland.