"And it was rather a sad time for us because so many of the officers that came back that were wounded, they’d probably been ones we’d danced with."

"And it was rather a sad time for us because so many of the officers that came back that were wounded, they’d probably been ones we’d danced with." See below for Mrs. Hull's entire testimony. Please be advised that Memory Project primary sources may deal with personal testimony that reflect the speaker’s recollections and interpretations of events. Individual testimony does not necessarily reflect the views of the Memory Project and Historica Canada. 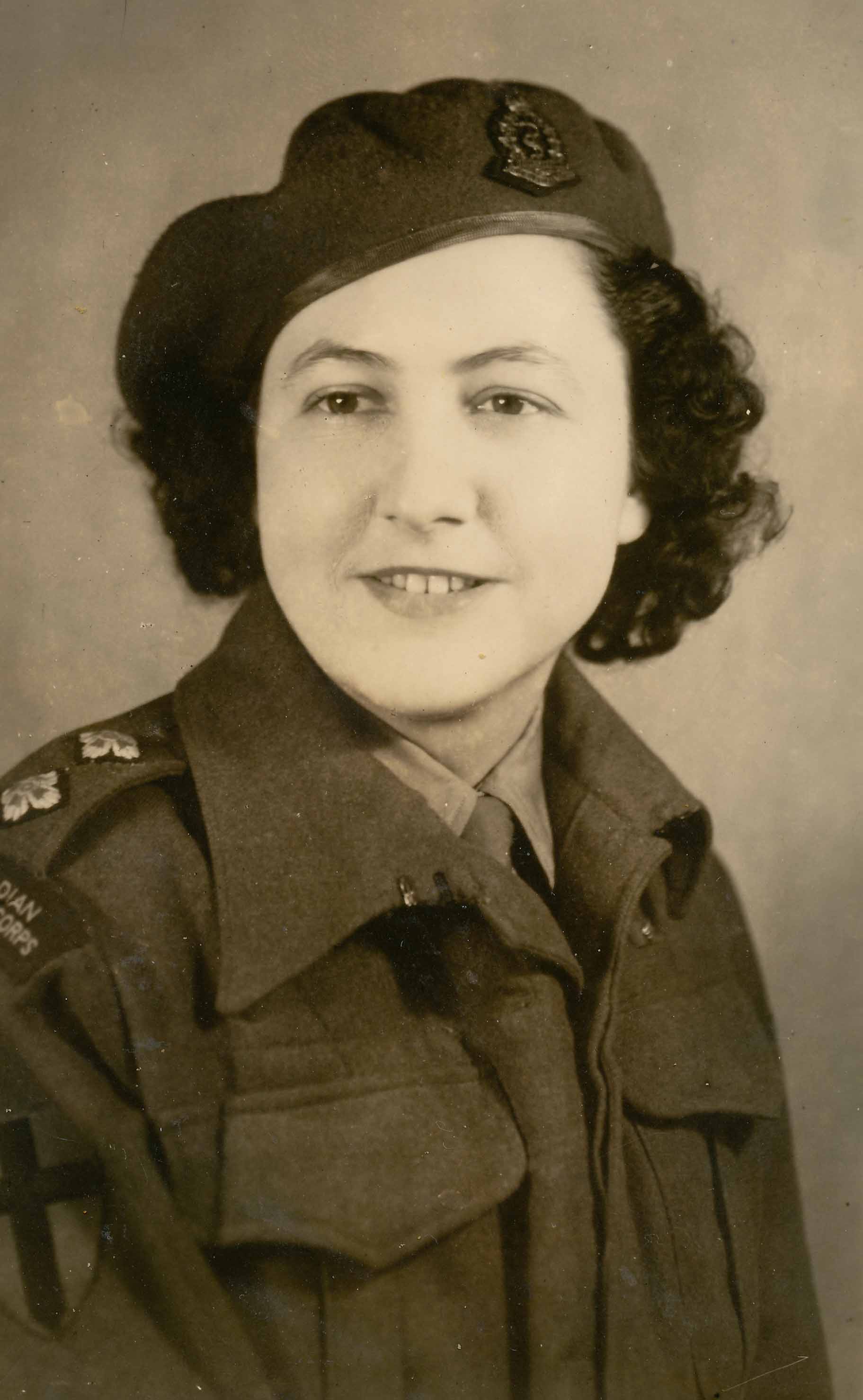 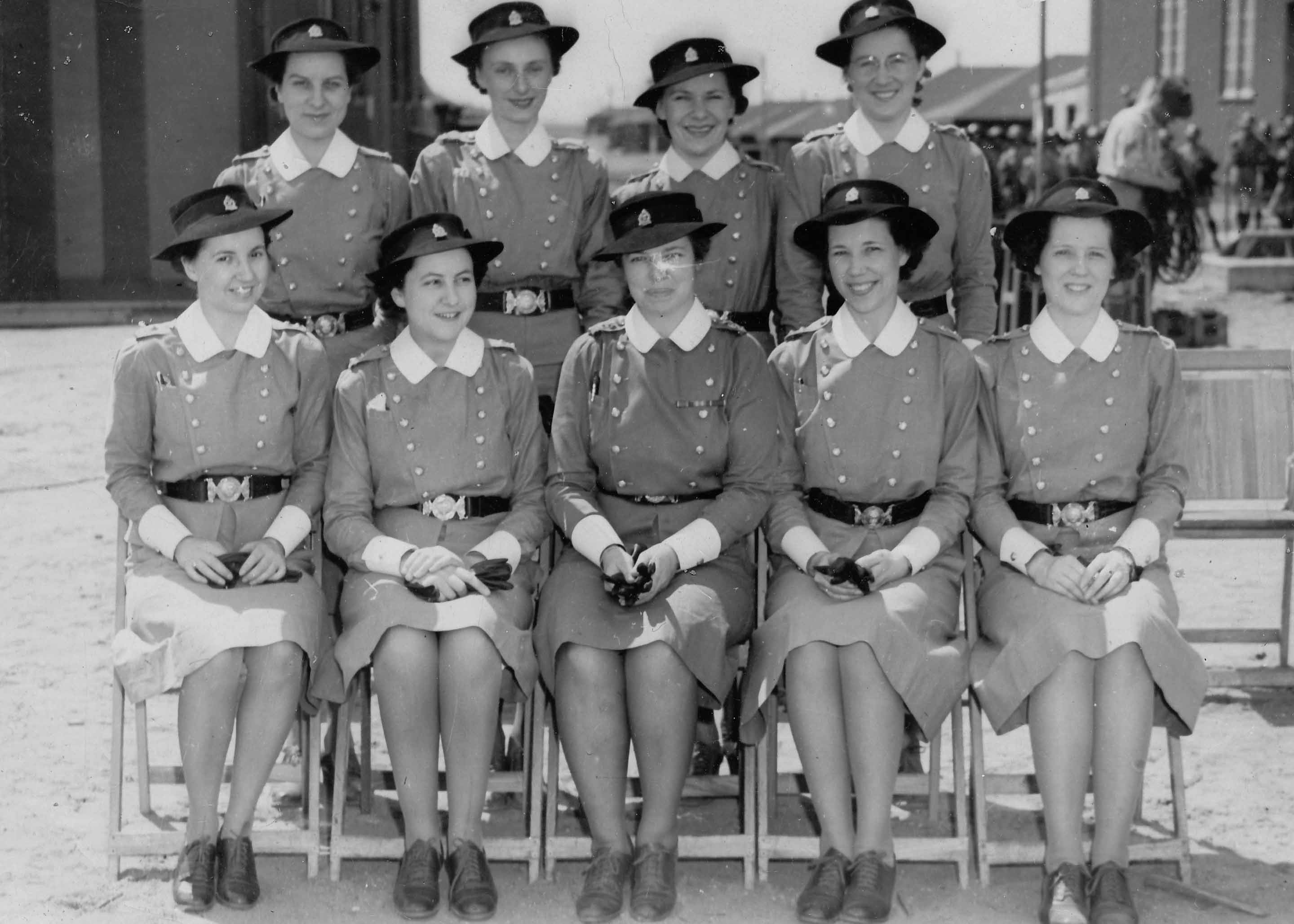 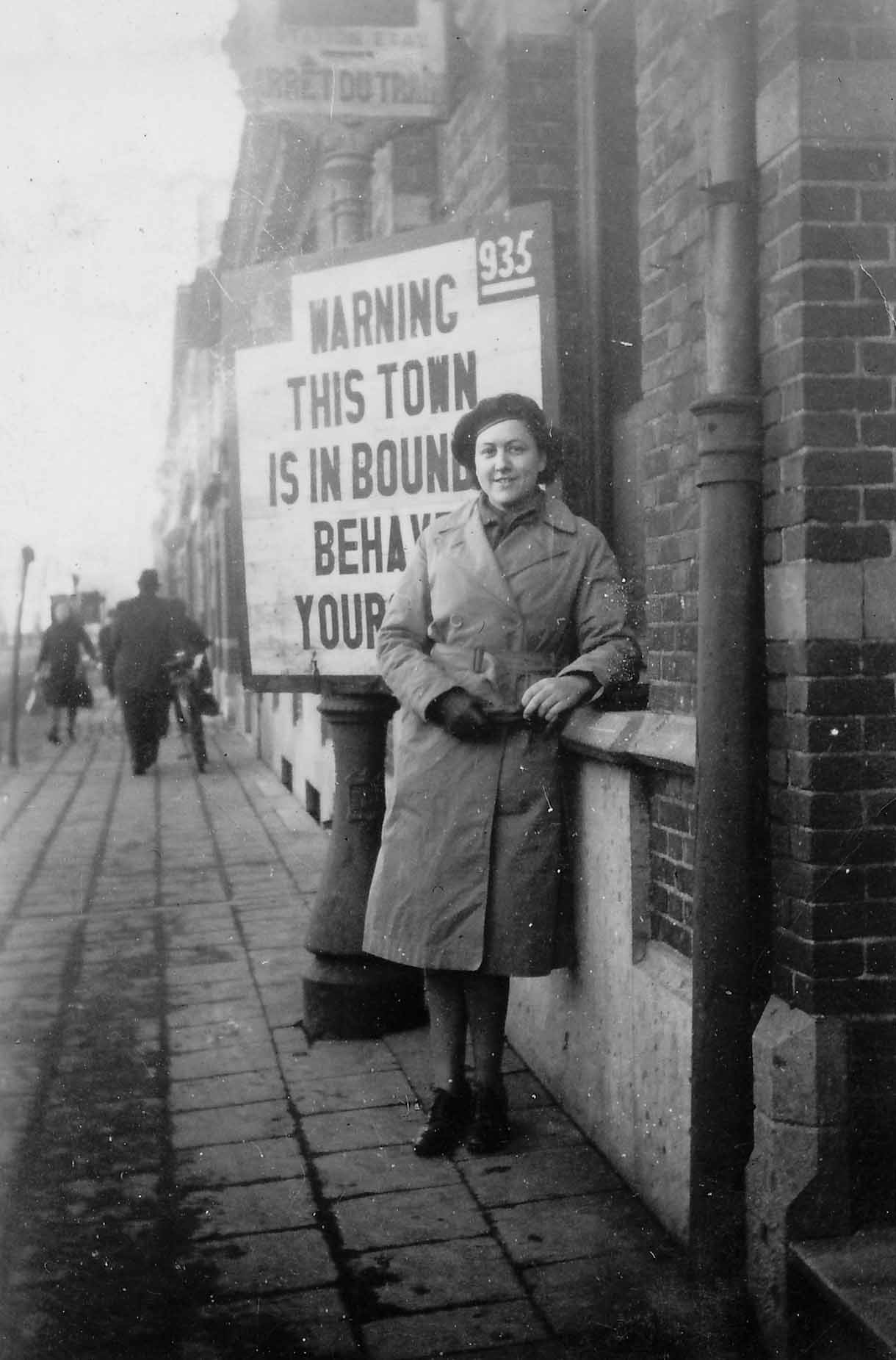 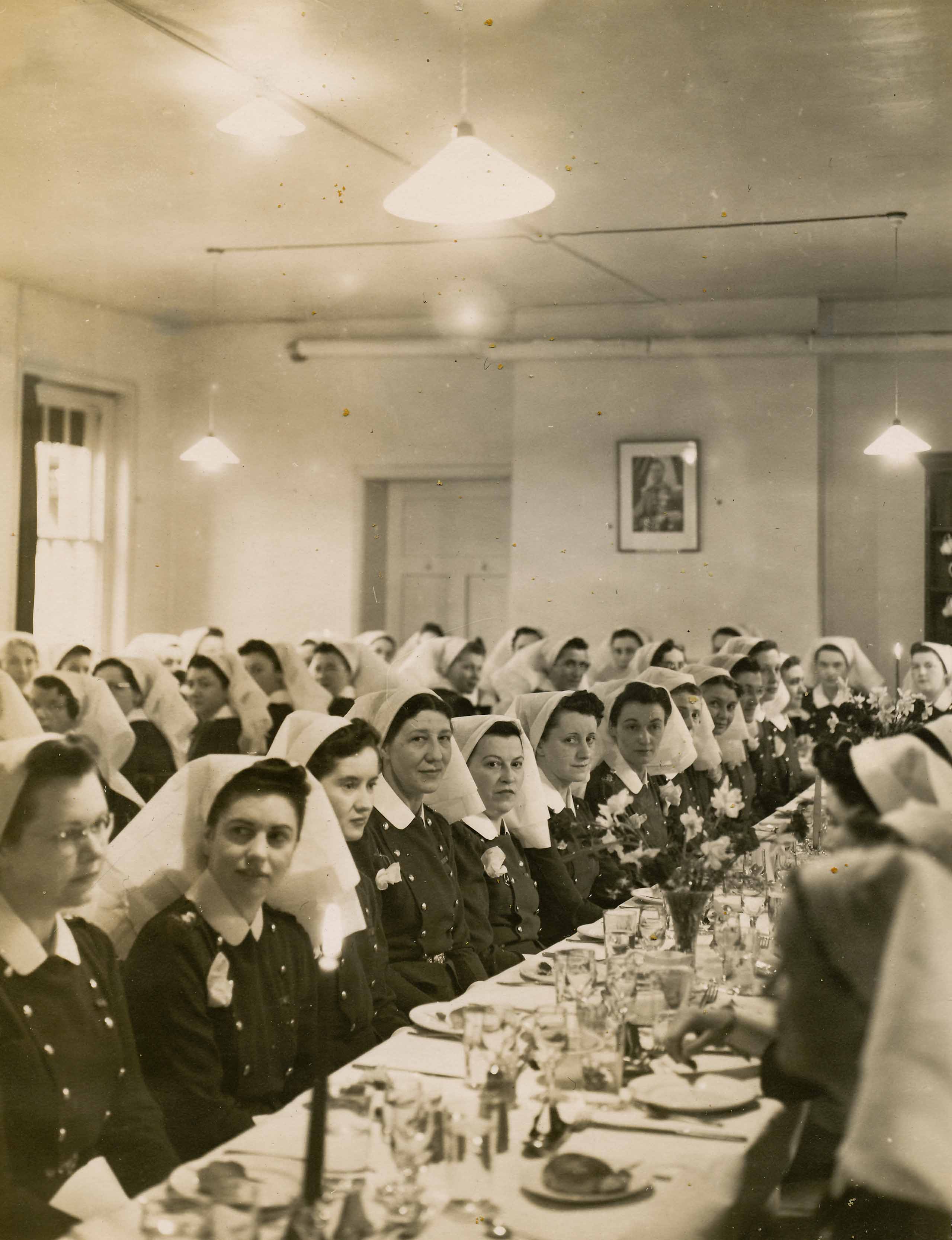 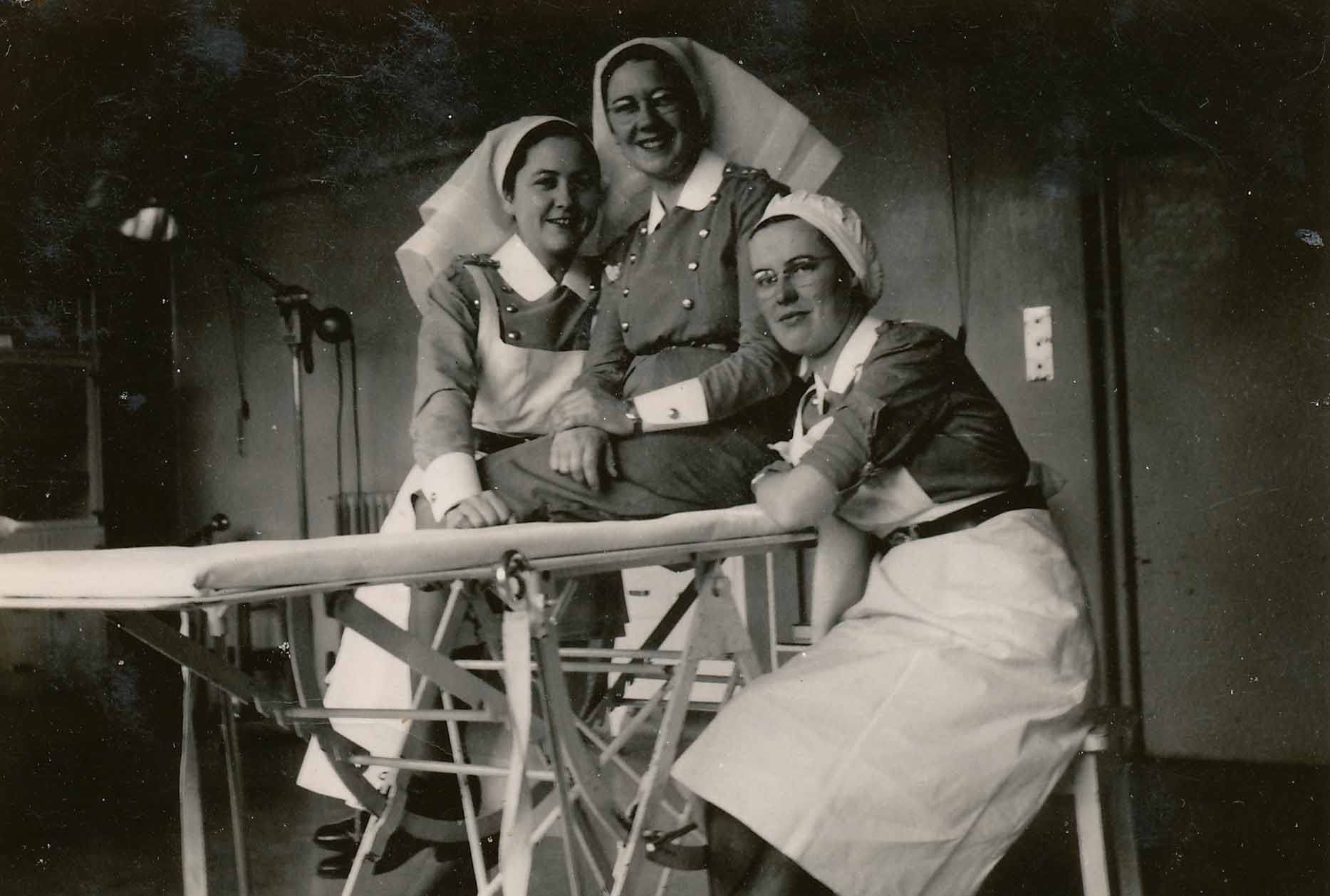 And I got a call to go to join a Halifax [Nova Scotia] unit because they want an assistant surgery supervisor that was a five, I think we were a five, what was 50 nurses and we had a 500 bed hospital unit. And so I went to Debert [Nova Scotia], stayed there a few weeks and joined the group and went over to England. And that was when the buzz bombs [the German V-1 and V-2 self-propelled and guided missiles] were starting.

And I was also there when they did come over and finally they told us what they were. They were like great big balls of fire up in the sky and when we lay in bed, before we really knew what they were, we kept saying: ‘Keep going, keep going’, because you knew when the noise of the their motors stopped, they were going to fall.

So consequently, I was there when D-Day happened, when they landed over in France [during the invasion of Normandy, June 6, 1944]. And the boys went in early in the morning and at 4:00, we had some of them back in our hospital just outside of London [England]. And it was rather a sad time for us because so many of the officers that came back that were wounded, they’d probably been ones we’d danced with. And they maybe come back without their legs or something like that. So it was, it was, well, trying to say the least, all these things. But there were good times we had. We were like a big family, the whole for the hospital.

Well, what had happened leading to it, really, was the fact for a whole week, England was shut down. The Americans were flying planes all day long. They almost appeared to be wing to wing going over. And they were battling the coast. And then at nighttime, it was the RAF [Royal Air Force] and the Canadian air force [Royal Canadian Air Force] that went over at night and this went on. And we were trying to move our patients further up away from the general area there because we would be one of the first to receive them coming back. And some were shipped home and all the rest of it.

So then when it came just before D-Day, we were beginning to get a bit bored, you know, with just this waiting, so the colonel decided he would give us an outing. So he got a truck and a motorcyclist and he piled us all in with a picnic lunch to go off and have a picnic. So the cyclist followed us to find out where we were going to and then he went back to headquarters to be on call if needed.

But what happened with us, we heard I think in the morning that when they went in, we got word they’d gone in. So then we were ready for them all coming in. And it went very well. They came in, they were sent to the different wards and all the operations [of treating wounded soldiers] started and all that sort of thing.

And I can remember making my rounds in Belgium [during the Northwest Europe campaign, 1944-1945] and they were some of us, I’m trying to explain how it was set up, the beds were, head was at the window area and on the other wall, at the other wall, head to head, all down. But then in the middle, we had a few other beds scattered so we could get maybe 40 patients in there. And I remember going through them all and I had one in the middle that was about 18 years old, a little Welch boy, and he was paralyzed from the neck down but he thought he had some feeling in his arm. And so what I would do, I would give him his meds and then I’d leave him to the last and then I would sit down and rub his back and then I would sit there and massage his arm until he fell asleep. But this is, each nurse did their thing.

One time, there was a soldier in the group, an older fellow and he had lost his vision. And he was going to go and shave himself. Well of course, the other patients that were able to get around and stuff often helped out. They helped each other. And so they offered to shave him. And he said: ‘No, I can shave myself, he says, I was a farmer and sometimes I’d get up in the morning and I’d shave in the dark. And so it’s okay, I can do it.’ So he did it himself. But you noticed that actually the older men were more able to adjust, if you know what I mean. They seemed to, unless they had more different temperaments, but on the whole, they accepted what they got.