All of Prince Edward Island is part of Mi’kma’ki, the traditional unceded territory of the Mi’kmaq. Traditionally, Mi'kma’ki is divided into seven districts. PEI is part of the Epekwitk aq Piktuk (PEI and Pictou) district. Reserves on PEI make up just 0.13 percent of the province’s total area (7.56 km² of 5,686 km²). The Lennox Island reserve is an island located in the western portion of PEI, while the Scotchfort and Rocky Point reserves are in central PEI and the Morell reserve in eastern PEI. Until 1973 and the building of a causeway, Lennox Island was only accessible by boat in good weather, or by waiting until the ice was thick enough to cross in winter.

In the early 1700s, the French occasionally set up summer fishing camps on Epekwitk (Prince Edward Island). At the time, there were endless conflicts between Britain and France over control of the area (see Politics on Prince Edward Island). Despite these conflicts, the relative military unimportance of the island meant that it was left alone for the Mi'kmaq most of the time. By 1720, however, the French colonial government encouraged Acadians to move to PEI. Still, the Acadians’ aboiteau farming techniques (creating farmland from marshland), as well as their small numbers, enabled the Mi’kmaq to continue their traditional way of life. This continued until the defeat of the French at Louisbourg in 1758, the expulsion of the Acadians from PEI, and the loss of PEI to the British. These events resulted in a British immigration explosion. Chief Baptist La Morue of PEI was among a group of Mi'kmaq Chiefs sent to Halifax to sign a series of Peace and Friendship Treaties in 1760–61. The Peace and Friendship Treaties dealt only with Mi'kmaq resource use and the Mi'kmaq and British living peaceably. At no time were the Mi'kmaq conquered, nor was the land surrendered, given up or ceded. Therefore, all of Mi'kma’ki, including PEI, was, and still is, Mi'kmaq territory.

Between 1764 and 1765, the British colonial government tasked Captain Samuel Holland with surveying Prince Edward Island. Holland divided the land into 67 lots, which were then given out in a land lottery process. The resident Mi'kmaq were not consulted. In addition, some of the islands off the coast of PEI were not attached to the lots. In 1772, Lennox Island was attached to Lot 12 and granted to James Montgomery. Montgomery gave the Mi’kmaq, who were already living there, permission to stay.

By the early 1800s, British colonists realized there was no land left for the Mi'kmaq to continue their traditional way of life. In 1808, the Mi'kmaq petitioned the PEI government to purchase Lennox Island for them. Thirty years passed, during which time the government did nothing. Then, Chief Thomas Le Bone of the Micmac Tribe of Indians sent another petition, this time to both the Queen and the PEI Legislature. The petition reminded these officials of the Mi’kmaq and their former — and better — association with the French. The petition also requested a tract of land somewhere on PEI.

The petition spurred a flurry of activity in the late 1830s and early 1840s, as several areas of land were suggested and discarded. The PEI government approached David Stewart, then owner of Lennox Island, to sell the island to them so that they could in turn provide land for the Mi'kmaq. However, Stewart asked for £1,500. The government considered this figure far too much money for the small island, so the idea was abandoned. 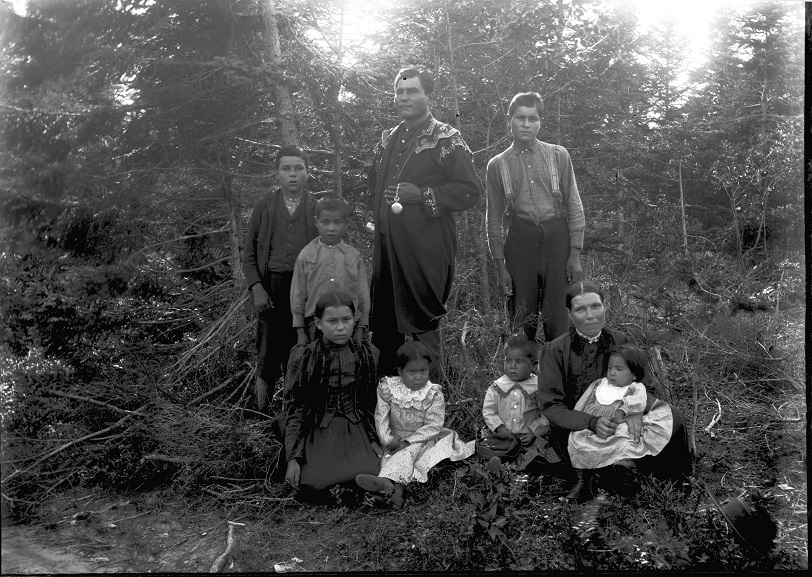 John Thomas Sark, chief of the Micmacs of Lennox Island, pictured with his family on Lennox Island c. 1890–1906.

In the mid-1860s, Indian Commissioner Theophilus Stewart proposed that the Aborigines Protection Society in London, England, purchase Lennox Island for the Mi'kmaq. The Aborigines Protection Society was a human rights organization and lobby group formed in 1837 to champion Indigenous peoples’ rights throughout the British Empire. In 1870, the Society purchased Lennox Island for £400, “for the use of the Aboriginal Population of Prince Edward Island.” The title to the land was to be held by a board of trustees, one of whom was Theophilus Stewart.

By 1912, the trustees for Lennox Island had either died or were very elderly. The trust was dissolved, and the reserve became a reserve under the Indian Act.

In 1846, a large landholder named Charles Worrell gifted six Mi'kmaq families 204 acres of his land. The Prince Edward Island government subsequently purchased the entire Worrell estate, including the land gifted to the Mi'kmaq, and sold it to various individuals.

In 1852, the PEI government purchased land in Lots 15 and 55 and reserved it for the use of the Mi'kmaq. On Lot 55, the land was poor and the Mi'kmaq did not use it. Lot 15’s land was very good, however, and Acadian settlers quickly took it over. That year, PEI Indian commissioners convinced the British Ordnance Department to loan them a parcel of Ordnance Land for the Mi'kmaq. The Mi'kmaq used this “Ordnance Reserve” extensively, building a road and planting fields of potatoes in the entire 10 acres.

During this time, members of the Mi'kmaq community, PEI Indian commissioners, and other concerned citizens sent petitions to the PEI government regarding the loss of the Worrell estate, hoping to rectify the situation. The PEI attorney general, however, stated it would not be “fair to those who purchased the land to be robbed of it.” Instead, the government suggested an alternative area of land — 189 acres in Lot 39 — 90 acres of which were barren. The government granted it in 1859, and it became the Morell reserve. However, settlers on the adjoining land denied the Mi'kmaq access to the property by refusing to allow an access road to be built across their land.

In the 1860s, Indian Commissioner Theophilus Stewart petitioned the PEI government for more land for the Mi'kmaq but received only negative replies. Stewart also recommended the reserves on Lots 15 and 55 be sold, as neither could be used by the Mi'kmaq. He suggested that the money from the sale be used to purchase other land for the Mi'kmaq. The sale proceeded in 1866, but the government did not purchase other land at that time.

In addition to selling Lots 15 and 55 in 1866, the government seized the Ordnance Reserve land. They placed a fever hospital on the exact 10 acres used by the Mi'kmaq. In 1873, PEI joined Confederation, and responsibility for the Mi'kmaq of PEI was transferred to federal jurisdiction.

In the late 1870s, Stewart sent petitions regarding the Morell reserve’s smaller size as compared to the former Worrell Estate land, as well as the families’ lack of access to the area. These petitions finally led to an Order-in-Council in 1879 granting 15 additional acres. In addition, in 1880 a road was finally approved to provide access to the Morell reserve, over 20 years after the reserve was created.

Also in 1879, land was set aside for another reserve on the banks of the Hillsborough River, in lieu of 115 acres of useless land reserved for the Mi’kmaq on the Worrell Estate. It was near the usual Mi'kmaq place for fishing and shooting, and eventually became known as the Scotchfort reserve. 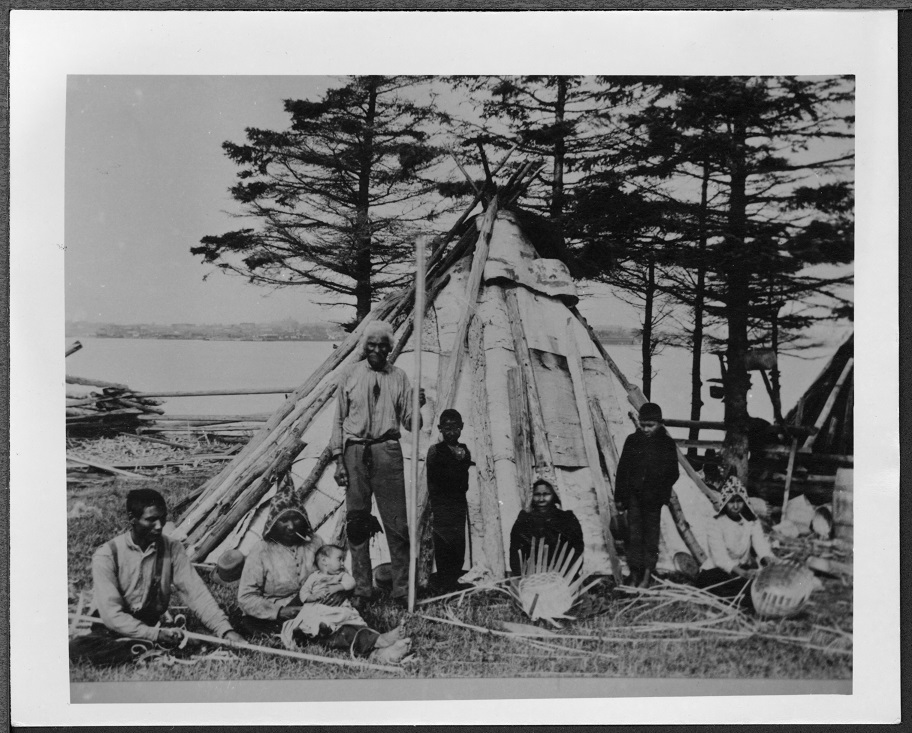 In an 1875 Indian commissioner report, Theophilus Stewart stated that six Mi'kmaq families had encamped for the last few years in the Rocky Point area. The families had requested the government purchase the land for them, turning the location into a permanent abode. The government ignored their request.

In 1912, Alice Mitchell, a Mi'kmaq woman, sought legal advice and filed a petition stating that she, her father, her grandfather and her great-grandfather lived off the lands in Rocky Point. This was in response to the landowner’s decision to sell the land in spite of the Mitchell’s living there. When the owner refused to sell his land to the government, the Department of Indian Affairs arranged to purchase an adjoining parcel of land for the exclusive use of that Mi’kmaq family. In 1913, the fourth and final PEI reserve was created when three acres of land at Rocky Point became the Rocky Point reserve.

The matter was put to a vote, and on 7 March 1972, the majority of those who were able to attend the meeting voted overwhelmingly in favour of the separation. It was agreed Lennox Island First Nation would retain the Lennox Island reserve. Morell reserve, Rocky Point reserve and Scotchfort reserve would form the new Abegweit First Nation.

The Indian Act and residential schools almost succeeded in eliminating Mi’kmaq language, culture and artisan work throughout Mi’kma’ki. In recent years, all facets of Mi’kmaq culture have experienced a resurgence on PEI. Mi’kmaq language is now taught in schools to Mi’kmaq children, and Mi’kmaq artisans and artwork are sought and exhibited. Similarly, Mi’kmaq culture is showcased and celebrated in many Indigenous and mainstream events throughout the year, and throughout PEI. 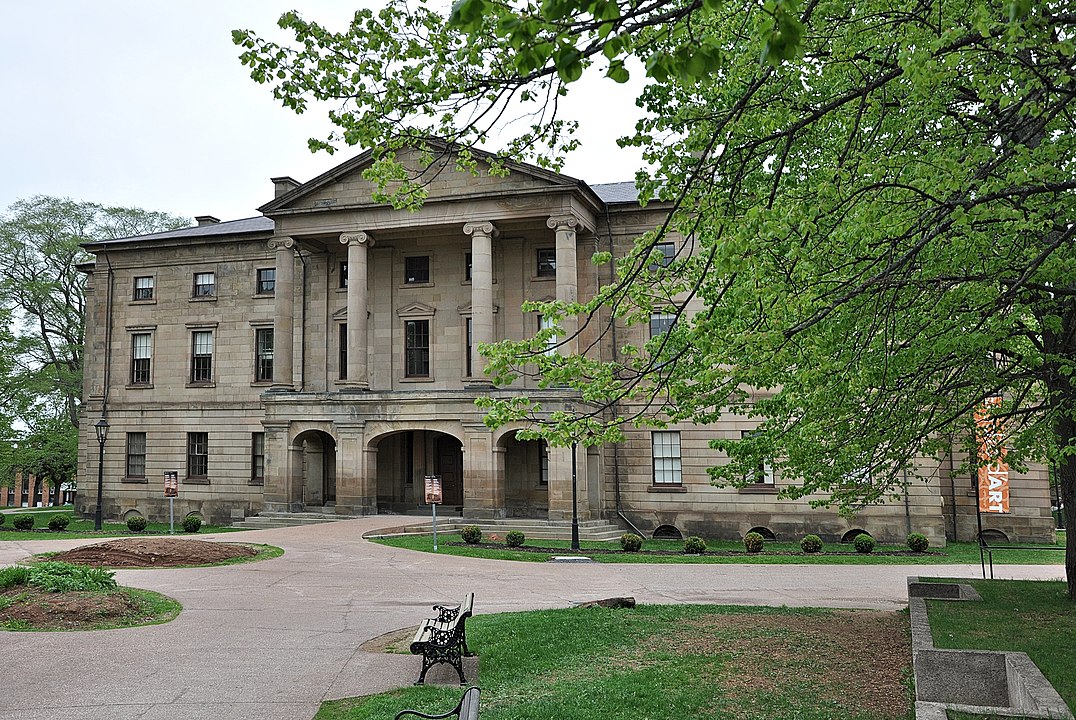