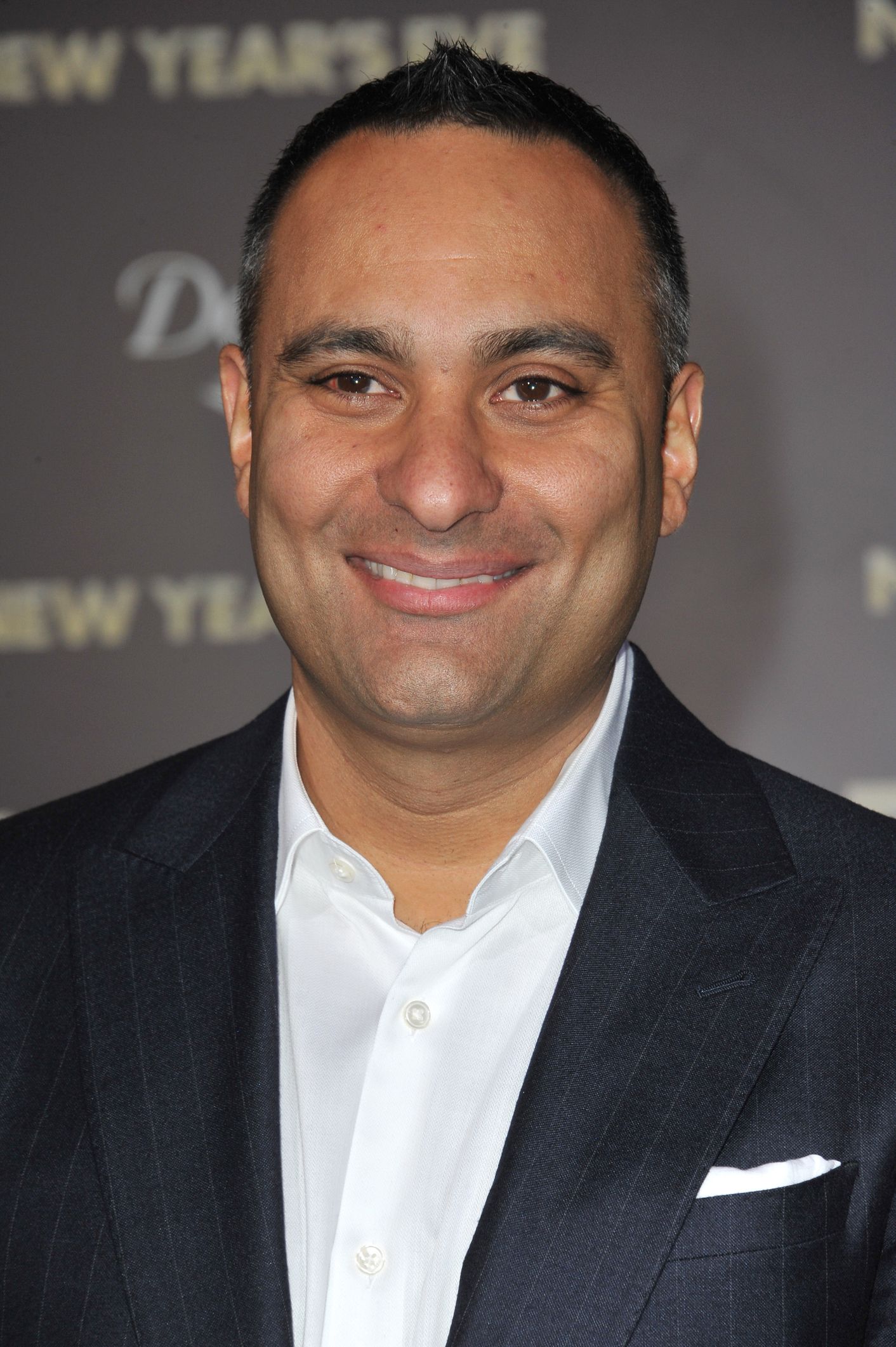 The Catholic, Anglo-Indian Peters was born in Toronto to parents Eric and Maureen, who emigrated from India in 1965. When Peters was a child, his family moved to the nearby city of Brampton, where he experienced racism while growing up. Classmates called him “Paki” and mocked his brown skin. His father advised him to defend himself with words, and Peters realized he was ultimately fighting against ignorance.

Peters struggled in school, largely due to an undiagnosed case of ADHD. When he was kicked out of “regular school” after Grade 10 due to poor grades, he enrolled in the vocational North Peel High School (now Judith Nyman Secondary School). However, North Peel’s diverse student body created an inclusive atmosphere that benefited Peters. He graduated from high school in 1989 and has since founded a scholarship for graduates of the school.

Following graduation, Peters applied to Sheridan College. His application was rejected, but he went to Sheridan anyway as a DJ, spinning tracks on the campus radio station as DJ Russell. He also pursued a career in stand-up comedy, performing his first routine at age 19 during an amateur night at Yuk Yuk’s Comedy Club. He spent four years developing his skills before graduating to paid gigs. In 1992, he had a chance meeting with legendary comedian George Carlin, who advised him to seize any opportunity to perform. Peters heeded the advice and played extensively around Canada, often for little to no pay.

Peters gained exposure in 1995 by appearing on the CBC TV show Comics! His provocative humour — including a bit in which he mimicked a Black man who mispronounces Indian names with sexual connotations — drew both fan mail and threats to boycott the CBC. Toronto’s Eye Weekly called the show one of 1995’s comedic low points. However, the special landed Peters a Gemini Award nomination and increased his commercial viability. He toured the United Kingdom and was featured in an episode of the CTV stand-up series Comedy Now! in 1997. He also landed a gig as host of the BBC’s Network East Late from 2000 to 2002.

Peters’s breakthrough came with a return to CTV’s Comedy Now! in 2004. He earned a Gemini Award nomination for the episode, but the greater reward came when unauthorized footage of his performance surfaced on YouTube. It made him an international viral sensation and took his career to the next level. His brother, Clayton, became his manager. Peters landed a holding deal to develop a sitcom, though networks ultimately passed.

In 2006, Peters sold out back-to-back shows at New York City’s Beacon Theatre and recorded his first feature-length special, Outsourced. It aired on Comedy Central and sold over 100,000 DVDs. The success of Outsourced led to multiple record-setting performances. In 2007, Peters became the first comedian to sell out Toronto’s Air Canada Centre (now Scotiabank Arena). He sold out Madison Square Garden in New York and released the performance as the self-financed stand-up feature Red, White, and Brown. It also sold more than 100,000 DVDs.

In 2009, Peters beat the UK record for attendance at a stand-up show (held by Chris Rock) by selling approximately 16,000 tickets at London’s O2 Arena. Peters also set attendance records for the biggest comedy shows in Australia and Singapore. He played to more than 13,000 at Sydney’s Acer Arena in 2010 and to more than 18,000 over two nights at the Singapore Indoor Stadium in 2012.

In 2009, Peters earned $10 million and landed on Forbes magazine’s list of the year’s 10 highest-earning comics. He appeared on the list numerous times after 2009, peaking at No. 3 in 2013 with earnings of $21 million. His earnings in 2015 were listed at $19 million. Peters referenced his elusive stardom in America with the title of his extensive and lucrative 2014–16 world tour, “Almost Famous.”

Peters moved to Los Angeles in 2006, but struggled to break through in Hollywood. He auditioned for various film and television roles, but declined characters that required a forced Indian accent. He has since appeared in such films as the heist picture The Take (2008), Garry Marshall’s New Year’s Eve (2011), the Canadian comedy Breakaway (2011), about a Sikh hockey team, the Montreal-shot Jake Gyllenhaal thriller Source Code (2011) and Jon Favreau’s sleeper hit Chef (2014).

Peters’s autobiography, Call Me Russell, was published by Anchor Canada in 2010. In 2013, he signed a deal with Netflix to distribute his stand-up special Notorious and the documentary Russell Peters vs. The World.

Peters served as an executive producer on the critically acclaimed music documentary series Hip Hop Evolution (2016–18). Hosted by Shad, the series won two Canadian Screen Awards and an International Emmy Award in 2017. Also that year, Peters starred in the first season of the CTV/Netflix comedy-drama series The Indian Detective. Peters plays a bumbling Toronto police constable who poses as a detective while visiting his father in India. While there, he is persuaded to investigate a shady real estate tycoon played by William Shatner. The series received the Golden Screen Award at the 2019 Canadian Screen Awards for being the highest-rated TV drama or comedy in Canada.

Peters’s brand of comedy favours outlandish observations on race and racial stereotypes, all with the goal of lampooning ignorance. (His website once included the tongue-in-cheek disclaimer, “Some material may offend your heritage.”) During his stand-up routines, he often surveys the ethnicity of the audience and targets specific members to make the material inclusive.

His family has inspired many of his best-known jokes, including an act about his father in which he bulges his eyes and offers his trademark line, “Someone’s gonna get a hurt real bad.” Peters can skillfully mimic accents, which adds to the outrageousness of his humour. The blatant political incorrectness of his comedy has been seen as a key to its success. Reviews of Peters’ comedy range from positive to negative. The Montreal Gazette praised him as “Canada’s premier comedy export” while the National Post questioned the merits of his fame and attributed his success to “ethnicity and good old fashioned mass mania.”

Ethnicity figures prominently in most commentary on Peters’s work, often as a qualifier for his success as Canada’s first hit comic of South Asian descent. Some critics have argued that Peters’ Indo-Canadian-ness offers a buffer. The LA Times, for example, wrote, “His features telegraph his family's immigrant status and perhaps for that reason he can get away with a brand of material that if dished out by a Caucasian might make headlines and end a career.” Peters, however, often seeks advice from groups he offends and maintains that ignorance is his ultimate target. "I don't make the stereotypes," he often tells audiences. "I just see them."

In April 2017, while co-hosting the Juno Awards ceremony with Bryan Adams, Peters was criticized for making sexist comments, including a rape joke. During his opening monologue, he referred to “all the young girls” in the audience as “a felony waiting to happen.” Later in the broadcast, he expressed confusion over Heritage Minister Mélanie Joly’s inclusion as an award presenter, only to dismiss it by saying “she’s hot, so who cares?”

Following the broadcast, Allan Reid, president of the Canadian Academy of Recording Arts and Sciences (CARAS), said in a statement that the Junos did not “in any way support, nor did we sanction, the off-script remarks… This incident is not reflective of any views held in our organization.” Peters did not respond to numerous requests for comments and did not apologize for his remarks.