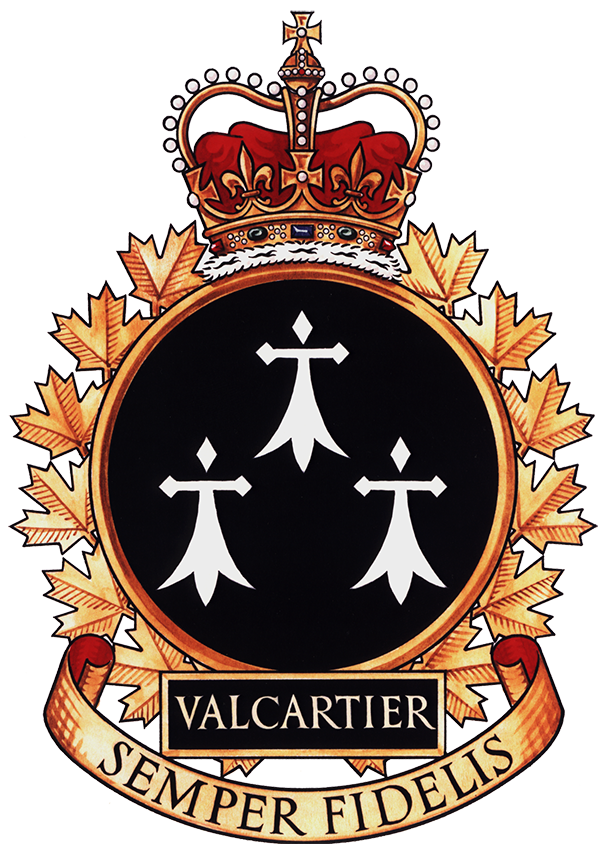 In 1912, the Canadian Department of Militia and Defence needed land in Quebec for training about 5,000 part-time soldiers each summer. In June 1913, the federal government acquired almost 2,000 hectares near the village of Saint-Gabriel-de-Valcartier, about 20 km northwest of Quebec City.

When the First World War broke out in August 1914, Minister of Militia and Defence Sam Hughes disregarded existing mobilization plans, which he believed were too slow and cumbersome. Instead, he issued a direct call to arms, instructing regimental commanding officers to enrol recruits for the Canadian Expeditionary Force (CEF) at their local armouries. They would then travel to Valcartier for training. 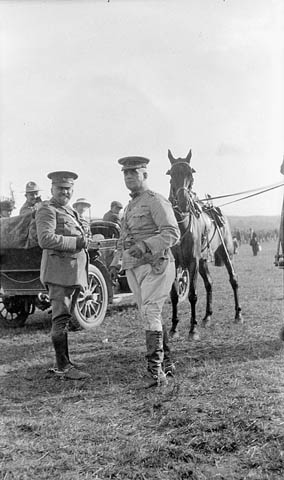 To handle this influx of new recruits, the army needed a camp that could provide accommodation, training areas and ranges for 25,000 to 30,000 men prior to being sent overseas. At Valcartier, the government expropriated the properties of 125 farmers at a cost of $40,000, which added 3,480 hectares to the original purchase. It also organized the construction of roads, water mains, showers, telephone and telegraph lines and a railroad to Quebec City. There were few permanent buildings at the camp, however, and the soldiers were housed in tents.

Work began on a 15,000-target rifle range on 8 August 1914. When it was completed on 22 August, it was the world’s largest firing range. The first troops arrived two days later to begin training. 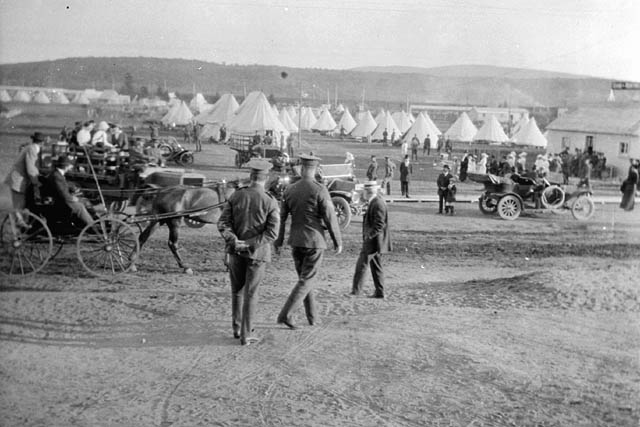 The First Contingent trained at Valcartier until it departed for Britain on 3 October. Although the contingent needed only 25,000 men, more than 31,000 sailed overseas from Quebec City; at the time, it was the largest armada ever to sail from Canada. From the spring of 1915, however, almost all troop convoys sailed from Halifax, Nova Scotia, where the port was open year-round and did not close for the winter as did Quebec City.

Around the same time, basic training for overseas service was decentralized to various camps across Canada; this resulted in fewer soldiers training at Valcartier. From a high of 33,644 men in 1914, the number fell to 1,811 in 1917. The camp also closed each winter.

After the war, Camp Valcartier was used for militia summer training. During the Great Depression, it became an unemployment relief camp. In 1932, the Conservative government of Prime Minister R.B. Bennett passed Unemployment Relief and Public Works Construction Acts that established camps for unemployed men across Canada. The men were lodged, fed, clothed, given a tobacco ration and paid 20 cents a day while they worked on military construction projects.

Probably the most significant project at Valcartier was the beginning of a new Dominion Arsenal plant to produce ammunition. This was part of a plan to expand the existing Dominion Arsenal in Quebec City, which had limited space and could only manufacture small arms ammunition and some artillery shells. After Liberal Prime Minister William Lyon Mackenzie King was elected in late 1935, the relief camps ended. By that time, Valcartier was the largest relief camp in Canada, accommodating 2,400 men. 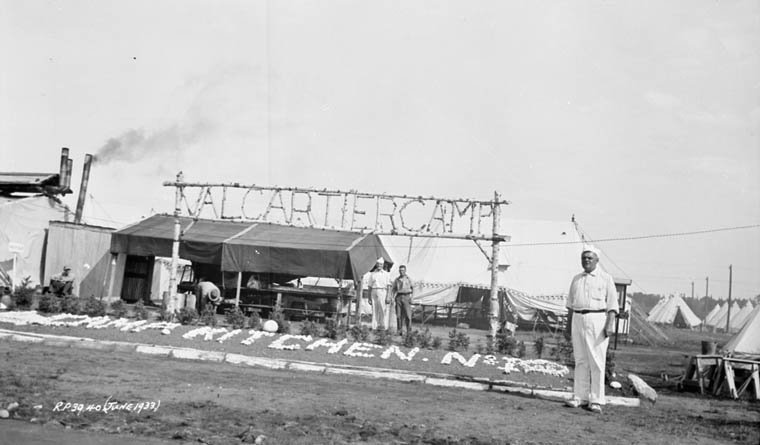 When the Second World War began in September 1939, Valcartier became a permanent training camp. The largest organization in the camp was A13 Canadian Infantry Training Centre, one of several located across the country.

In early fall 1941, the Canadian government committed two infantry battalions and various support elements to reinforce the British garrison at Hong Kong. One of the battalions was the Royal Rifles of Canada from Quebec City. It concentrated at Valcartier before departing for the Far East on 23 October.

The government raised 25th Canadian Infantry Brigade for Korea after war broke out there in June 1950. Valcartier was a collecting point for the new 2nd Battalion Royal 22e Regiment before it deployed. After the formation of the North Atlantic Treaty Organization (NATO) in 1949 to deter Soviet expansionism, Canada agreed to station an infantry brigade in Europe. The main component of 27th Canadian Infantry Brigade was three infantry battalions recruited from 15 militia regiments. These troops assembled at Valcartier for predeployment training and sailed for Germany in December 1951. 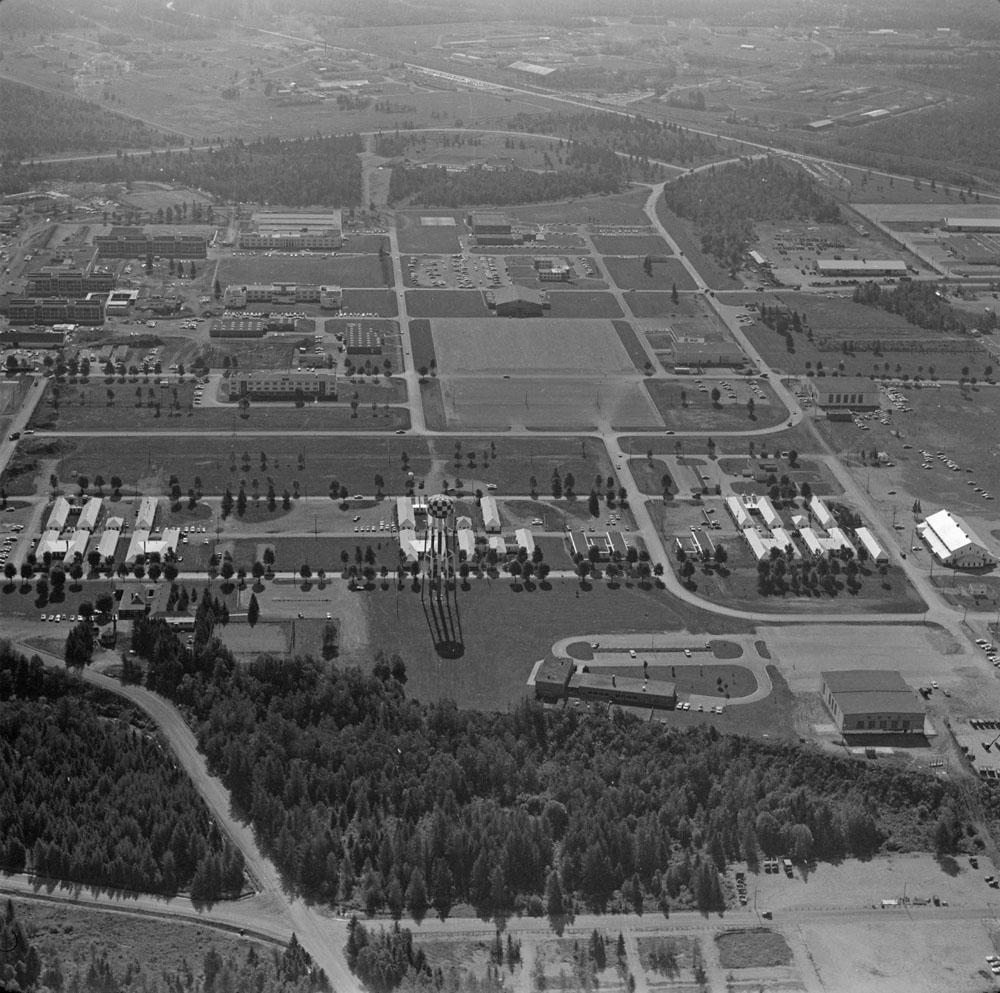 Valcartier is currently home to 5 Canadian Mechanized Brigade Group (5 CMBG), which traces its roots to 1968, when a French-language formation was created at Valcartier. It contains units of all arms and services and marked the first time that francophones could serve in French-speaking units other than infantry.

Did you know?
In April 2021, Colonel Marie-Christine Harvey assumed command of 5 CMBG. Harvey is the first female to command a mechanized brigade group. 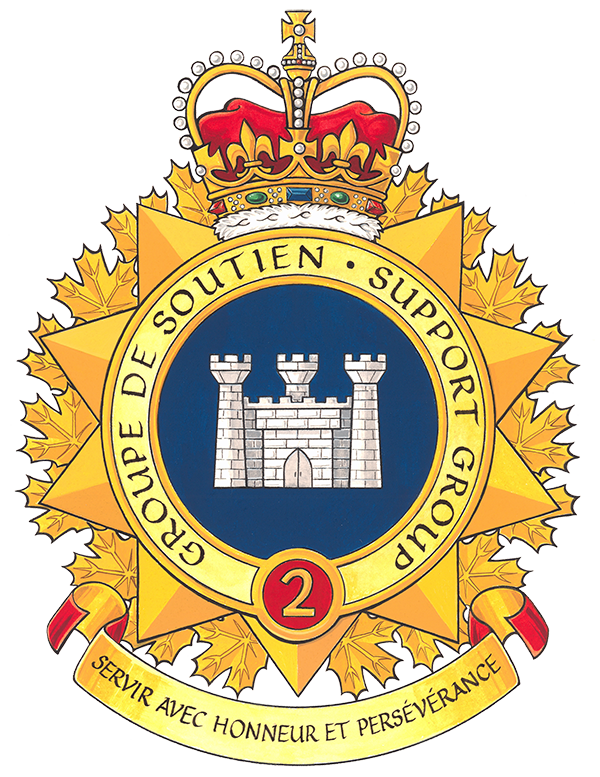