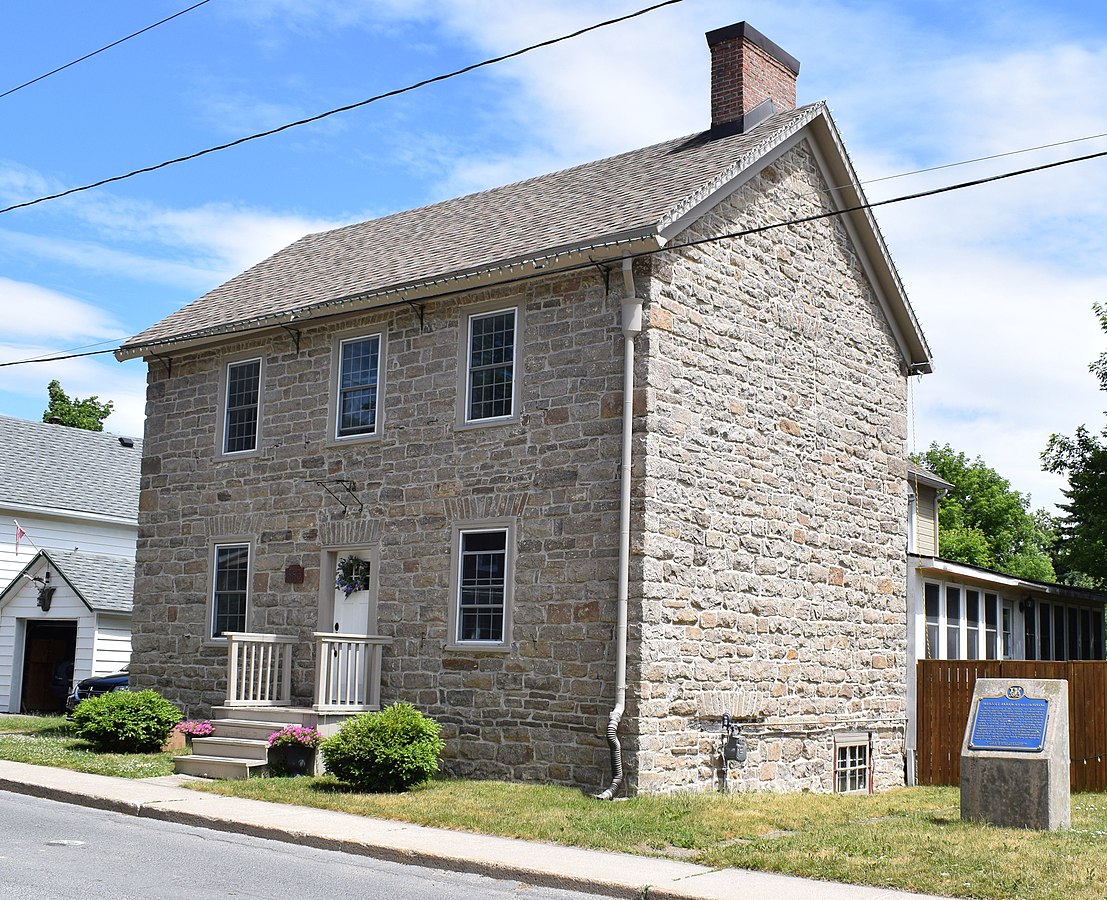 Prescott Barracks, at 356 East Street, inPrescott, Ontario (photo taken 26 June 2020). The town of Prescott was founded by Loyalist Edward Jessup in 1810. During the War of 1812, the British army used this stone house, which had been built by Jessup, as a combined barracks, hospital and storehouse.
(Photo by Cantons-de-l'Est/Wikimedia CC)

Edward Jessup was born to Abigail James and Joseph Jessup in Stamford, Connecticut, in 1735. His family moved to Dutchess County, New York, in 1744. That year, hostilities broke out yet again between the French and British in North America. Known locally as King George’s War (1744–48), it was part of the wider War of the Austrian Succession (1740–48).

It wasn’t long before British and French forces clashed yet again. Hostilities began in 1754 in the Ohio Valley, although war was not officially declared until 1756. By the end of the Seven Years’ War in 1763 (known as the French and Indian War in the United States), Britain was the dominant colonial power in North America. Jessup served as a captain in the 1759 British campaign in the Lake Champlain region under Jeffery Amherst. The following year, he married Abigail Dibble of Dutchess County. They had a son, also named Edward Jessup, in 1766.

Loyalism and the American Revolution

Around 1764, Edward Jessup and his brother Ebenezer moved to Albany, New York. The two brothers bought land in the upper Hudson and Lake George areas with the help of Sir William Johnsonand John Butler. Eventually, the Jessups established a community on the Hudson River, which became known as Jessup’s Landing. As the American Revolution neared, the community became a centre for Loyalists.

On 19 April 1775, war broke out between American revolutionaries (also known as Patriots) and British troops at Lexington, Massachusetts. The rebels launched their first major offensive in September, invading Quebec in the hopes of gaining military control of the colony and convincing French-speaking colonists to join the revolution. They occupied Montreal in November and laid siege to Quebec City in December. However, the spring thaw brought British ships and reinforcements, forcing the rebels to abandon their attempt.

Guy Carleton launched a counteroffensive, driving the American forces out of Quebec and pursuing them to Crown Point on Lake Champlain. Carleton’s forces included Loyalist volunteers in the King’s Royal Regiment of New York and the Royal Highland Emigrants. The British occupied Crown Point in October 1776 after defeating the fledgling rebel fleet in the Battle of Valcour Island (11 October 1776). Edward and Ebenezer Jessup gathered a party of about 80 Loyalists and joined the British at Crown Point. They assumed Carleton would pursue the rebels farther south. However, in November, Carleton decided to withdraw to Quebec for the winter. As the Loyalists had revealed their allegiance to the Crown, it was no longer safe for them to remain in the area. The Jessup party followed the British army to Quebec, as did the King’s Royal Regiment and the Royal Highland Emigrants.

At first, the Jessups and their group were attached to the King’s Royal Regiment of New York under Sir John Johnson. On 7 June 1777, the King’s Loyal Americans corps was established, with Ebenezer as lieutenant colonel and Edward as captain. However, the corps was not at full strength by the time it joined General John Burgoyne’s campaign to gain control of the Hudson River. Known as the Saratoga campaign, the British offensive failed. The Jessup brothers were taken prisoner but were paroled and allowed to go to Quebec.

For the next four years, the King’s Loyal Americans operated on a semi-independent basis under Johnson’s regiment. They spent most of their time building, repairing and garrisoning forts around Montreal, Sorel and lower Lake Champlain. They also took part in several raids into New York. Edward Jessup led Loyalist units during major raids in the fall of 1780 and 1781.

In November 1781, Governor Frederick Haldimand chose Jessup as major commandant of a new corps of Loyal Rangers: “Mr Edward Jessup’s robust Constitution, his Personal Activity, Merit and Experience, having served last war, are Circumstances which render Him a fit Person to command the above mentioned Corps, with the Rank and Pay of Major.” The Loyal Rangers were formed from several smaller military formations, including the Loyal Americans, and soon became known as Jessup’s Rangers. The unit was usually stationed at Sorel or Verchères and provided garrisons for posts at Yamaska, Île-aux-Noix and Dutchman’s Point [near Alburgh, Vermont]. 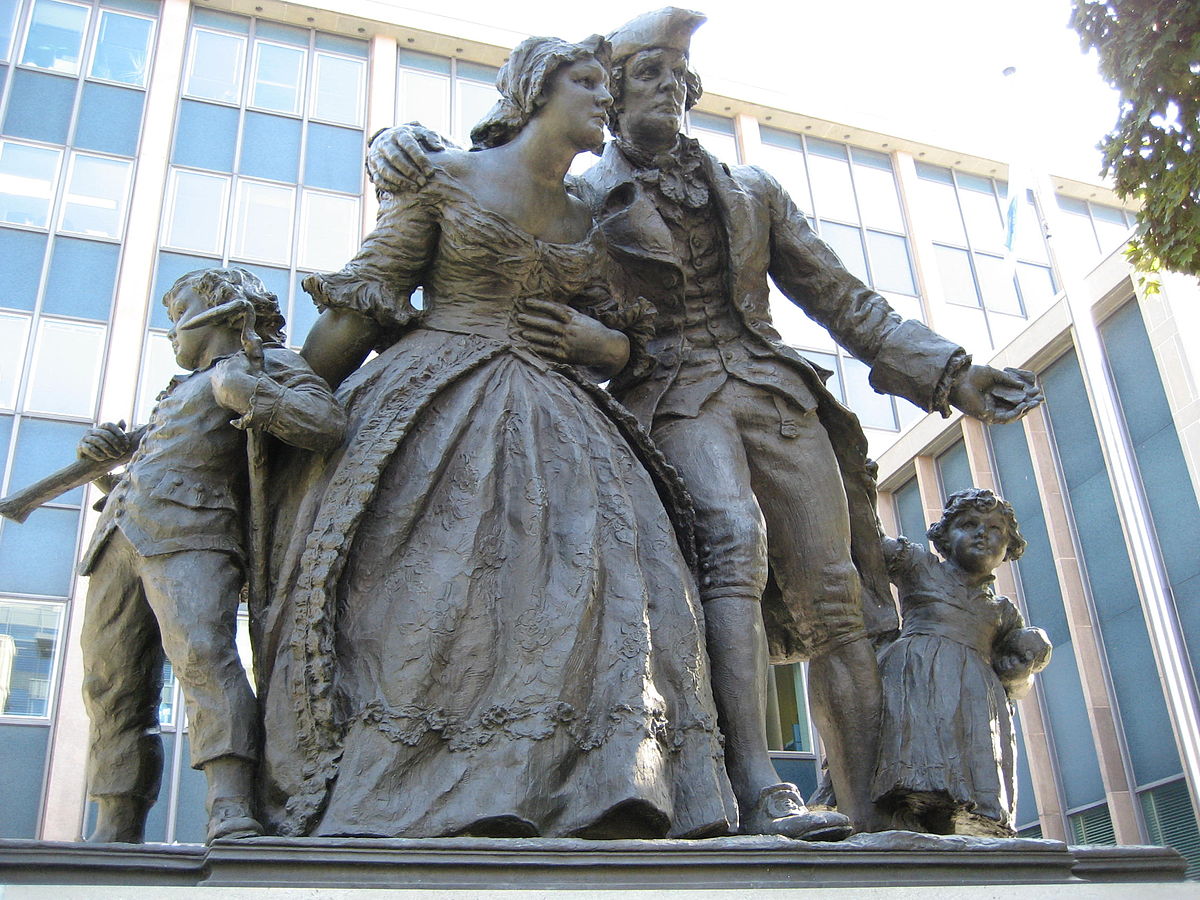 The American Revolution ended in 1783 with the recognition of American independence (see Treaty of Paris). Approximately 40,000 Loyalists resettled in British North America at the end of the war. For their sacrifice and commitment, they received land grants as compensation for their loss of property. The British government decided that the officers and soldiers of each Loyalist regiment should be settled together. If the Americans invaded, these men could quickly form a cohesive defensive force. Most of the Rangers settled in the townships of Edwardsburg, Augusta and Elizabethtown on the St. Lawrence River and in the township of Ernestown, west of Cataraqui [Kingston].

Jessup spent the summer of 1784 supervising their resettlement. In the fall, he travelled to London, England, to make his own claim for losses incurred during the war. Jessup had forfeited about 500,000 acres near Albany, New York, as a result of his loyalty to the Crown. He was granted 1,200 acres in Augusta Township next to land granted to his son, Lieutenant Edward Jessup. He was also granted land on the South Nation River and had property in Sorel.

Jessup served as justice of the peace, a judge of the Court of Common Pleas and lieutenant colonel of the Edwardsburg, Augusta and Elizabethtown militia.

In 1810, Edward Jessup and his son founded the town of Prescott on their land along the St. Lawrence River. They named the town after Governor Robert Prescott. When the War of 1812 broke out, the British army commandeered a schoolhouse and a teacher’s residence that Jessup had built in Prescott. The town’s position on the St. Lawrence River made it strategically valuable. The army built a stockade around the buildings, as well as several huts for the militia.

Edward Jessup died on 3 February 1816 in Prescott, Upper Canada [Ontario]. Like other Loyalists, he contributed significantly to shaping what would become Canada. The mass influx of Loyalists after the American Revolution led to the creation of new towns and cities (such as Prescott and Saint John) and colonies (such as Upper Canada and New Brunswick) and influenced the culture and subsequent development of British North America.