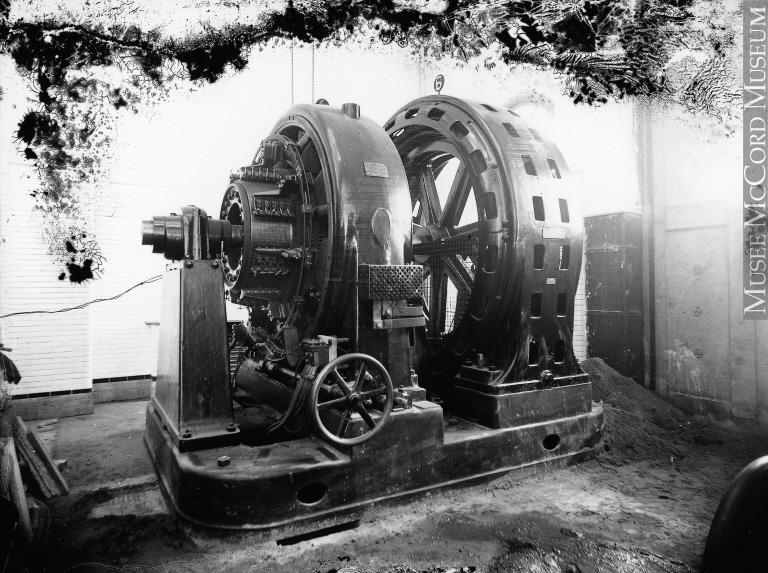 Italian physicist Alessandro Volta invented the first electric battery in 1800. His device converted chemical energy into an electric current. This began a period of scientific experimentation with current (as opposed to static) electricity using various kinds of batteries. The power from batteries was called continuous current (now called direct current or DC). DC is in many ways the simplest form of electric energy.

The first dynamos (generators) were developed in Europe the 1830s. These devices created electricity using mechanical energy. The current they generated alternated forward and backward (now known as alternating current or AC). Early experimenters did not know how to use AC current. They had to adapt their dynamos to produce DC by adding a device called a commutator.

The new dynamos and batteries were reliable sources of power. With these tools, scientists and engineers were able to experiment with electricity in new ways. Electric power had two obvious practical uses. Once was communication (the telegraph) and the other was lighting (the arc lamp). Both of these devices required very simple equipment.

Arc lamps created light by causing a spark to jump from one electrode to another. This light was far brighter than any previous source of human-made light. Arc lighting did have some disadvantages, though. One was that fairly high voltages were needed to create the spark. In addition, lights connected in series had to have a continuous level of current. This meant that it was difficult to turn individual lights on and off. Finally, early arc lights had to be short-circuited to start. This meant that the electrodes had to be touching and then drawn apart after the spark was created. The operation of the lights caused its electrodes to erode. As a result, the lights would have to be adjusted manually nearly every day. These disadvantages meant that arc lamps were not very suitable for use indoors. They were better for outdoor, street or area lighting.

Demonstration installations of arc lighting were set up in Europe and North America. Montreal and Toronto had small trial installations in 1878 and 1879. J.J. Wright designed and installed one of the earliest permanent arc lighting systems in Toronto in 1881. This system illuminated several stores, including Eaton’s. Several companies set up demonstrations of arc lights using steam-driven generators. Eventually the Toronto Electric Light Co. received the exclusive right to provide electric light in Toronto. In Hull, arc lighting was installed in several mills. The Ottawa Electric Co. later provided arc lighting powered by dynamos driven by a water wheel.

By 1883, there were permanent arc lighting systems in the streets of Toronto and Winnipeg. By 1890, many other centres had such systems, including Montreal, Ottawa, Hamilton, Pembroke, London, Victoria, Vancouver and Sherbrooke. During this experimental period, scientists and engineers developed new types of arc lamps. These included the Jablochkov Candle, the Brush and the Thomson-Houston systems, which gave a more regular light.

In the meantime, several inventors were trying to develop a better kind of lamp that produced light for human eyes that was not so harsh indoors. Gaslight had been popular for years: various mantles (devices that glow bright when heated by a gas flame) had been produced. In 1873, Toronto’s Henry Woodward and Mathew Evans began experimenting with electric incandescent lamps enclosed in glass globes. Thomas Edison in the United States and J.W. Swan in the United Kingdom were doing similar work. Demonstration installations of the Edison lighting systems were made in Montreal in 1882 and in Toronto in 1883. They did not work very well and were removed. The first successful installation was completed at the Canada Cotton Co. mill in Cornwall, Ontario, in 1882 or 1883. The Montreal Cotton Co. mills in Salaberry-de-Valleyfield, Quebec, installed an Edison system in September 1883. Electric light was a godsend to the dusty textile and lumber mills, as it was much less of a fire hazard. 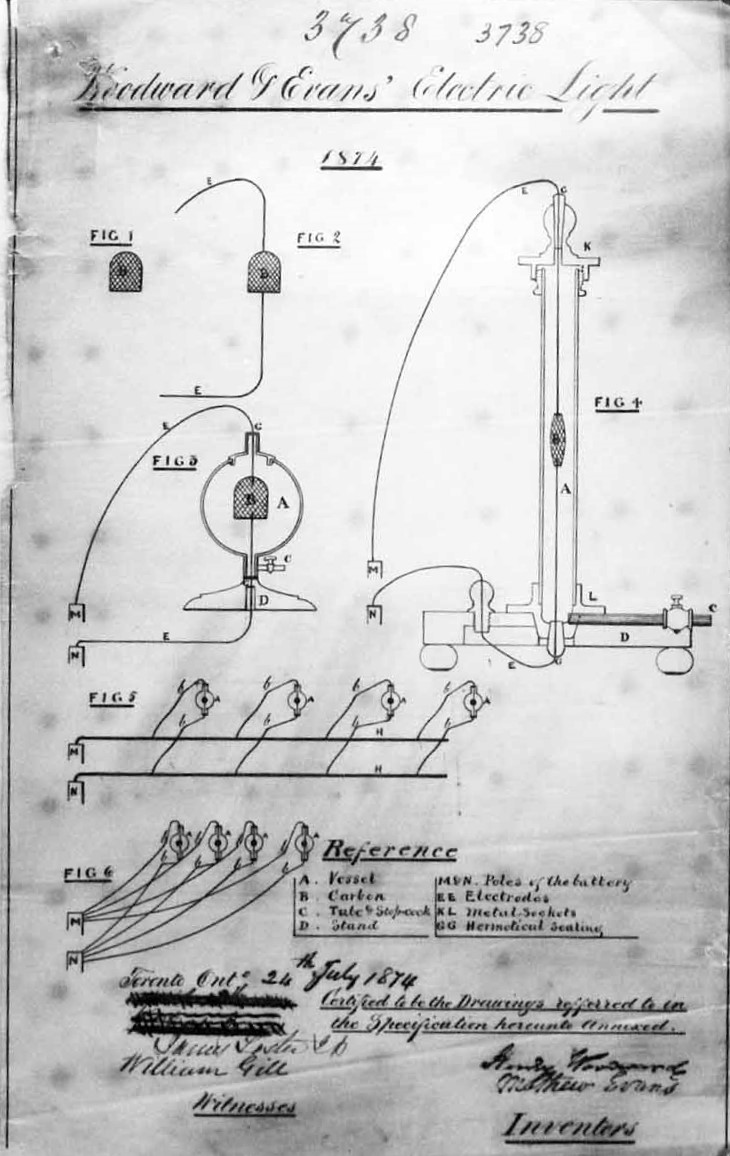 In 1884, a small plant began producing incandescent light in the Parliament Buildings in Ottawa. In January 1887, Victoria, British Columbia, became home to what was reputedly the first public incandescent lighting station in Canada. Edison soon became the main promoter of DC incandescent electric light in the United States and Canada. DC generators had the advantage of being able to charge storage batteries. The light bulbs used generally had carbon filaments, which had a short life and low efficiency. They would be improved in time with tungsten filaments, better wiring and control systems. Various areas tried lighting streets with incandescent lamps. However, the early bulbs were not bright enough to compete with gas or arc lamps.

All of these installations were designed to provide power for the immediate area only.

During this period, experimentation continued with AC current. Engineers discovered that, by altering the wiring in the generator, they could mitigate the disadvantage of the power alternately increasing and decreasing with single-phase AC. This allowed them to produce two- or three-phase current that would deliver smoother power. They also adapted AC to arc and incandescent lighting. Some AC motors were being developed that would rival the existing DC motors.

One of the most important early inventions was the converter (now called transformer), which consisted of two coils of different sizes. Voltage in the first coil induced a higher or lower voltage (depending on the number of windings) in the second coil with a corresponding lower or higher amperage. The current remained constant. Engineers discovered that the higher the voltage, the lower the power losses. Transforming (or stepping up) the voltage from the generator from 2,200 volts to 11,000, 50,000 or more greatly reduced power losses. This allowed the efficient long-distance transmission of power for the first time.

A vigorous competition ensued between proponents of DC (Edison) and AC (Westinghouse). DC advocates referred to AC as “killer” voltage, among other things. In 1888, the first recorded permanent Westinghouse AC system in Canada was installed in Cornwall, Ontario. By 1890, similar systems were installed in other areas across Canada. Several companies appear to have added AC capability to their DC plants primarily to supply customers who wanted indoor lighting.

Another major user of electric power appeared in the 1880s. Streetcars using DC motors were quickly established with much success in urban areas. Streetcar companies usually generated and distributed their own power. The first use of the power of Niagara Falls in Canada for electricity was in 1892. That year, a railway company (later the International Railway Co.) installed three turbines that generated 2,100 horsepower to run its electric tramway and supply power for distribution. This transmission was at generator voltage and not long distance. 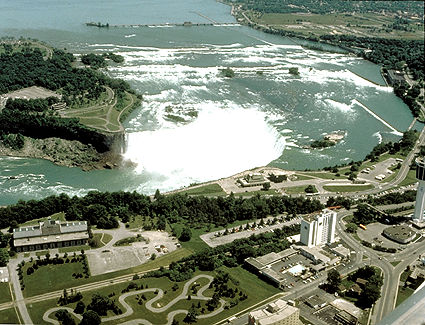 The competition between advocates of DC and AC came to a climax during the massive development of Niagara Falls power in the United States. The plan called for the generation and transmission of power for industry. Plants that would use this power included the new electrochemical and electrometallurgical industries in the Buffalo, New York, area. Proponents of DC proposed to generate electric power and convert it to mechanical power. They envisioned transmitting the mechanical power by cables and pulleys, compressed air or hydraulics. AC advocates suggested using the new transformer (which would not work on DC) to step up the voltage. They would then transmit the power by wire to Buffalo. The AC system of George Westinghouse and Nikola Tesla won out. One of the world’s most influential power developments, it opened in 1895. This system stepped up the power from 2,200 volts to 22,000 volts for transmission to Buffalo. It stepped up the power to 11,000 volts for use by industries along the Niagara River toward Tonawanda, New York.

The ability to transmit electric power over long distances was enormously important to Canada’s industrialization. With such technology, many hydroelectric power sites in remote areas could be harnessed to supply electricity to factories, plants and mills.

One of the earliest long-distance transmissions in Canada was from a power station on Quebec’s Rivière Batiscan 26 km to Trois-Rivières c. 1895–97. This line carried 11,000 or 12,000 volts. In 1898, the DeCew Falls generating station in St. Catharines, Ontario, began transmitting power 56 km to the manufacturing hub of Hamilton on a 22,400-volt line. The power of Shawinigan Falls was first harnessed for the pulp and paper industry and the new aluminum industry in Quebec in 1902. The next year, a power line from Shawinigan carrying 50,000 volts reached Montreal. Within a decade, it carried 100,000 volts.

The whole electric equipment industry developed almost as rapidly. The new power source required generators, alternators, motors, lights, meters and switches. Above all, it required good, cheap copper wire. All equipment needed to be standardized to make it universally interchangeable. Building codes had to be altered to ensure the safe installation and use of electric equipment. Most of this technology was imported to Canada. The Westinghouse Co. established a branch plant in Hamilton. General Electric (previously Edison Electric) established one in Peterborough. The demand for copper wire stimulated Canadian mining. Mines and pulp and paper companies were also major consumers and developers of electric power. The development of hydroelectric power and Canadian resources went hand in hand. 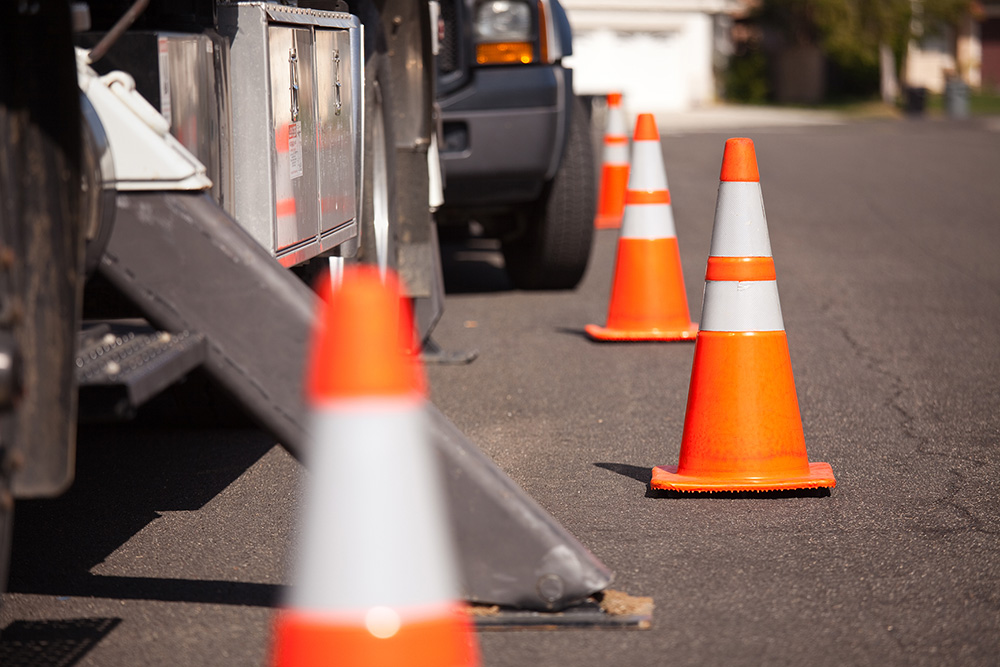 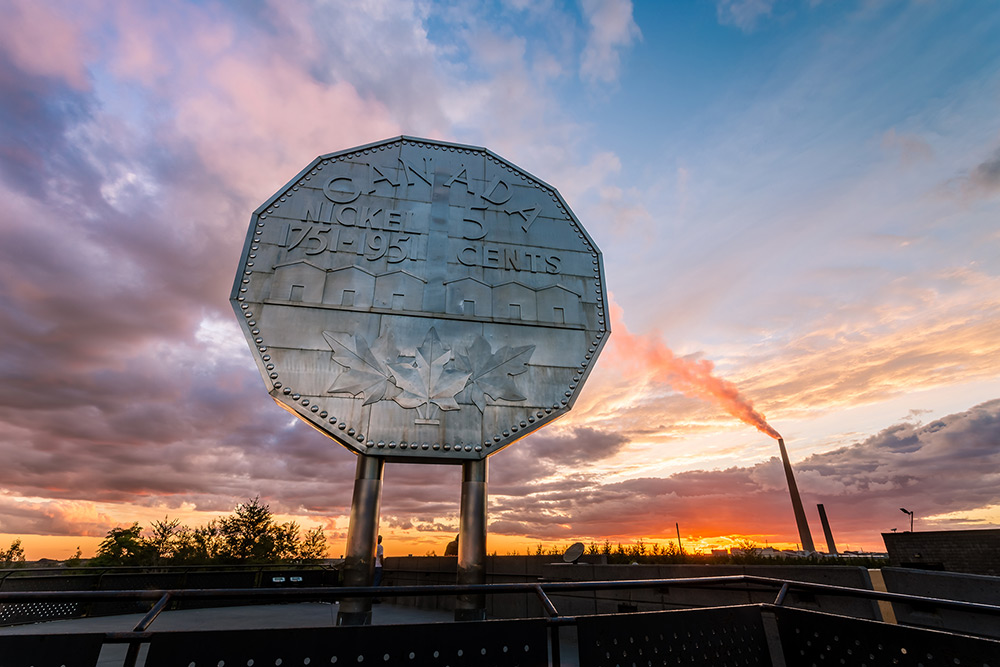 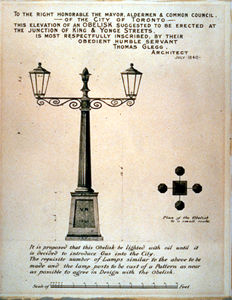