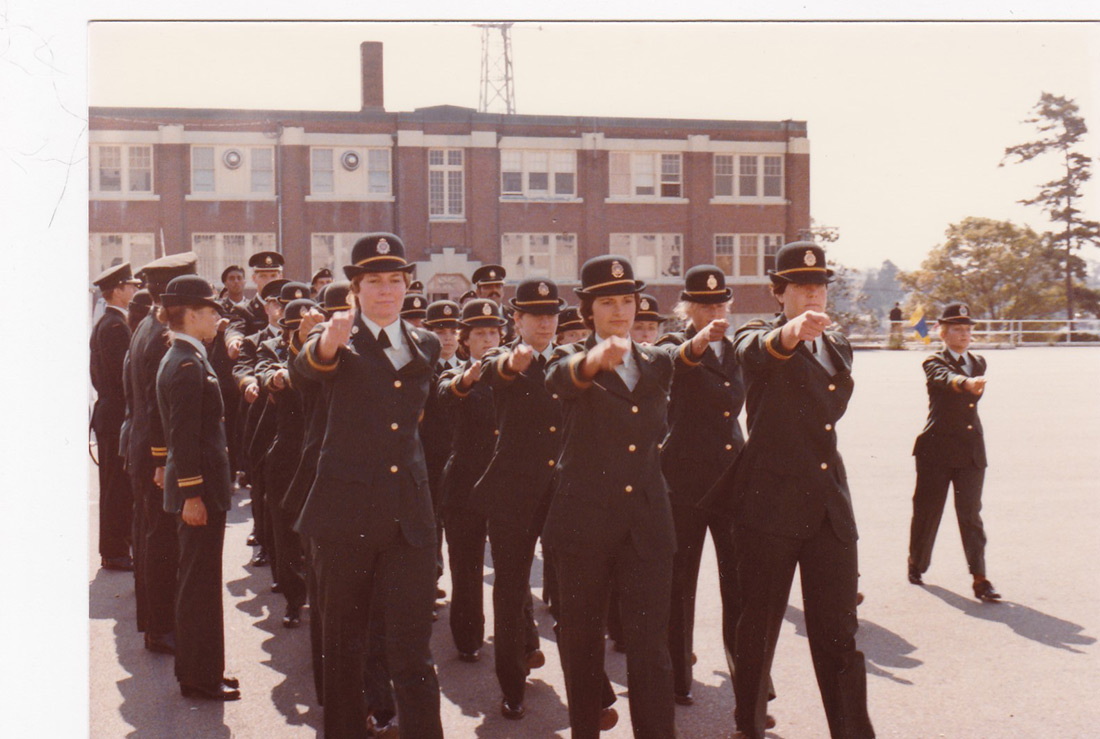 Bennett was born into a naval family. Her father served in the Naval Reserve and retired as a commodore, while a sister and brother also joined the Naval Reserve. Bennett graduated from McMaster University with a Bachelor of Physical Education degree in 1981; the next year, she received a Bachelor of Education from Queen’s University. She completed a Master of Arts in Leadership and Training from Royal Roads University in 2005. In her civilian life, Bennett worked as a teacher and administrator at public and independent elementary and secondary schools in Ontario and British Columbia from 1983 until 2008.

Bennett enrolled as an ordinary Wren in 1975 in HMCS Star, the Naval Reserve Division in Hamilton. In 1977, she became an officer cadet in the logistics branch and was commissioned as a sub-lieutenant on 23 August 1979. In 1981–82, Bennett served in Kingston’s Naval Reserve Division, HMCS Cataraqui, while attending Queen’s University.

Bennett was promoted to captain (navy) in January 2000 and appointed director reserves in the chief of reserves and cadets division at National Defence Headquarters, Ottawa. In 2003, she became the director of professional development and director of the Ottawa detachment of the Canadian Defence Academy. 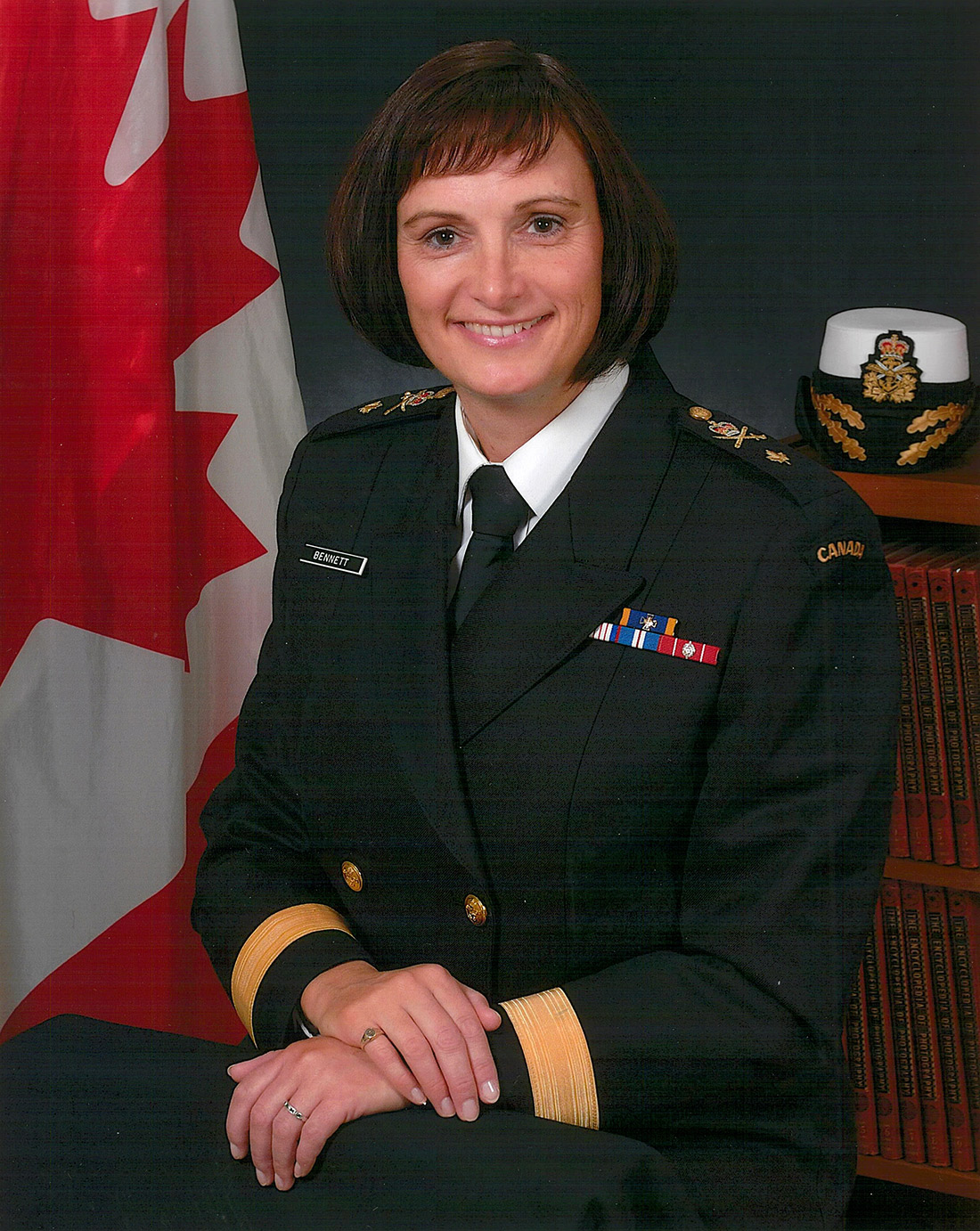 Bennett was promoted to commodore on 1 December 2007 and appointed commander Naval Reserve, a position she held until 15 January 2011. On 15 April 2011, Bennett was promoted to rear-admiral, becoming the first woman to achieve that rank in the RCN. In May 2011, she was appointed chief of reserves and cadets (now known as chief of reserves and employer support), the first female to hold that position. This made her the most senior reserve officer in the CAF and advisor on Canada’s reserves and the two DND-sponsored youth programmes.

Between August 2015 and July 2018, Bennett was director of the general strategic response team on sexual misconduct in support of Operation Honour, the CAF’s programme to prevent and address sexual misconduct. She then became director general of litigation implementation and served in that position until December 2019. As such, she led the implementation of settlements for former CAF members who were affected by the LGBT purge while serving in the CAF, RCMP and federal civil service between 1955 and 1996.

Bennett also served as an advisor, champion and speaker on women in leadership and defence in Canada and internationally. In this role, she worked with members of NATO and the UN, as well as other nations, regarding the integration of women into the military and developing a more diverse and inclusive military culture. She was the first female Defence Champion for Women, representing women in the CAF, as well as DND civilian employees, between January 2013 and September 2018.

In 2018, Bennett led the NATO Gender Key Leader Seminar at the Nordic Center for Gender in Military Operations in Sweden; she was the first international officer in that role.

Bennett retired from the CAF in December 2019. In retirement, she has served in several voluntary positions in the Navy League of Canada, DND’s Defence Advisory Board and the University Naval Training Division Association Board of Directors. She is also a patron and member of the Advisory Committee of the Juno Beach Centre. 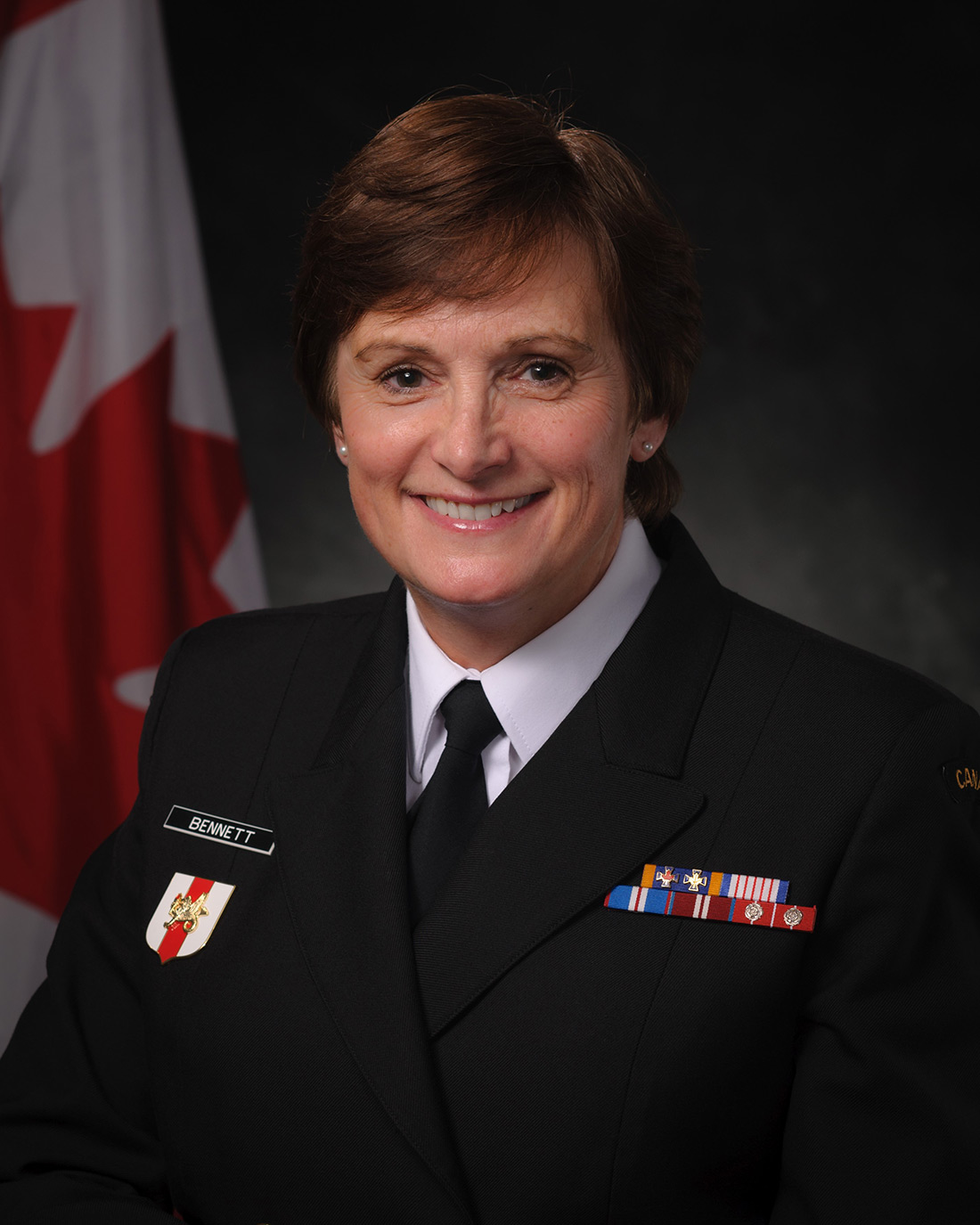 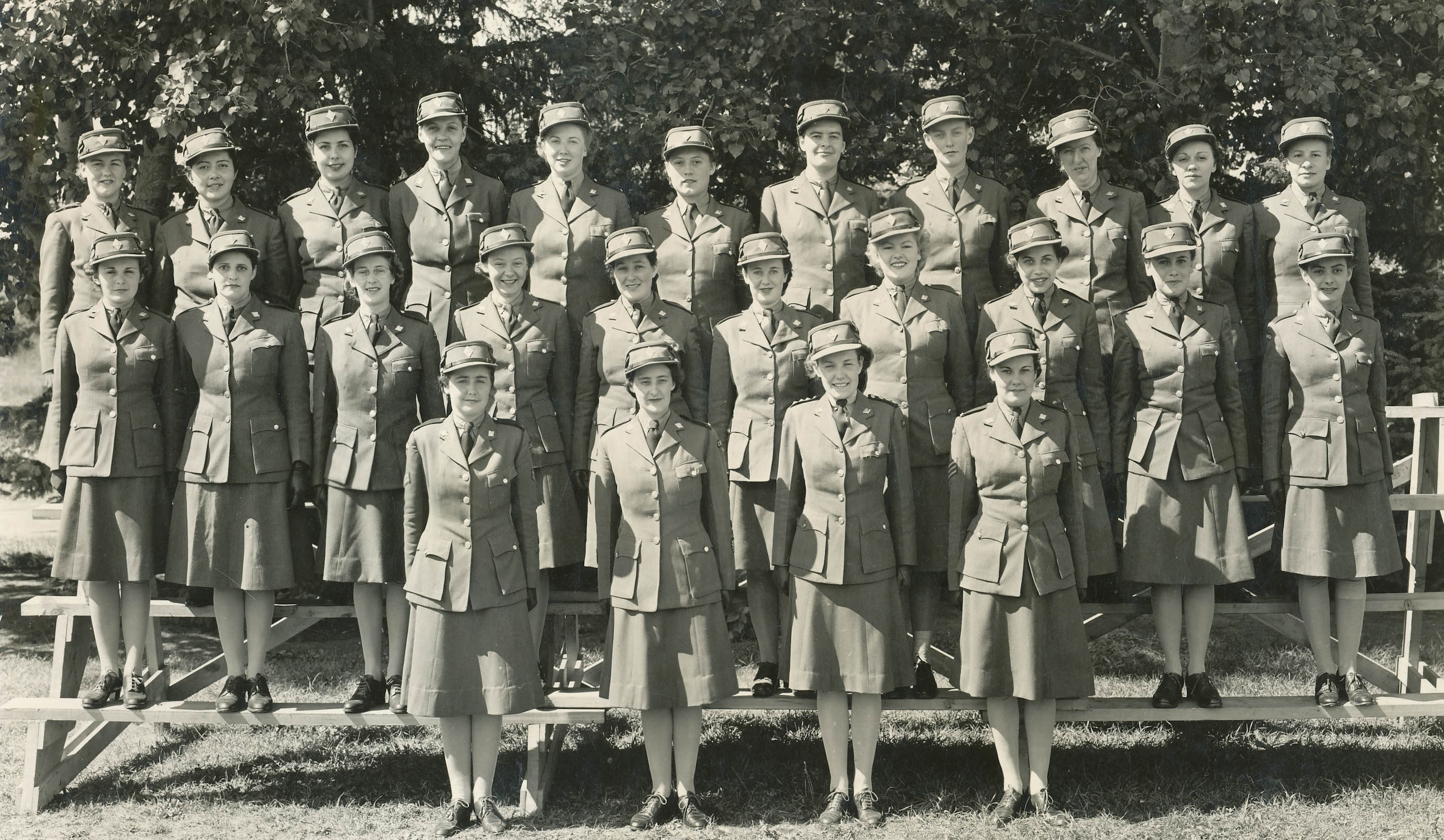