Matthew Langford Perry, actor (born at Williamstown, Mass 19 Aug 1969). Matthew Perry is a film and television actor famous for his combination of dry wit and slapstick humour, and in particular for his use of these as Chandler Bing in the hit sitcom Friends.

Perry was born to parents John Bennett Perry, an American actor and model recognizable as the "Old Spice" sailor and from movies and television, and Canadian Suzanne Perry Morrison, former press secretary to Pierre Elliott Trudeau. His parents divorced when he was very young and his mother moved to Ottawa, where Perry was raised. As a child, Perry displayed interest and talent in both comedy and the game of tennis. Tennis dominated his efforts until his mid teens: he was once ranked 17th in Canada in the junior singles category and third in doubles. It was the desire to compete in the US that prompted him to move to Los Angeles at the age of 15 to live with his father.

While his tennis career did not survive through high school, Matthew Perry had already won some guest roles on TV series when a director spotted him sitting in a restaurant and cast him supporting River Phoenix in the movie A Night in the Life of Jimmy Reardon (1988). After graduation, he landed a starring role in the sitcom Second Chance (later titled Boys Will Be Boys), playing a high school student whose older self is sent back in time by Saint Peter to guide his younger self. Perry gave up his plans to attend university and dedicated himself to pursuing a career as an actor. 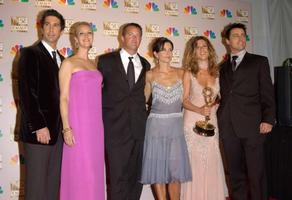 Fame came in 1994 with the show Friends, an opportunity Perry almost missed since he had committed himself to LAX 2194, a series about baggage handlers at an airport in the year 2194. When Perry read the script for Friends Like Us, he immediately identified with the character of Chandler Bing and convinced the producers to audition him despite his other engagement.

The Friends series became one of the most successful in television history. With more than 20 million viewers, its rankings were in the top 10 every season and its impact on mass culture was noticeable; Chandler Bing's quirky way of emphasizing unusual words in a sentence became ubiquitous.

When the series ended in 2004, Matthew Perry already had 3 big-screen comedies (Fools Rush In, 1997; The Whole Nine Yards, 2000, and its sequel, The Whole Ten Yards, 2004) and a West-End play (David Mamet's Sexual Perversity in Chicago, 2003) to his credit, as well as a Screen Actors Guild Award (1996). He had also been through 2 rounds of rehab for addiction to prescription pills.

Perry continues to work in television and film, and co-wrote, produced and starred in the series Mr. Sunshine (2011). In the series Go On (2012-), he stars as a sportscaster who unwillingly joins a therapy group to help him cope with the death of his wife. 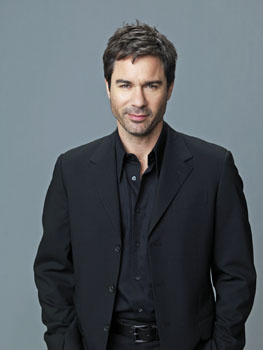