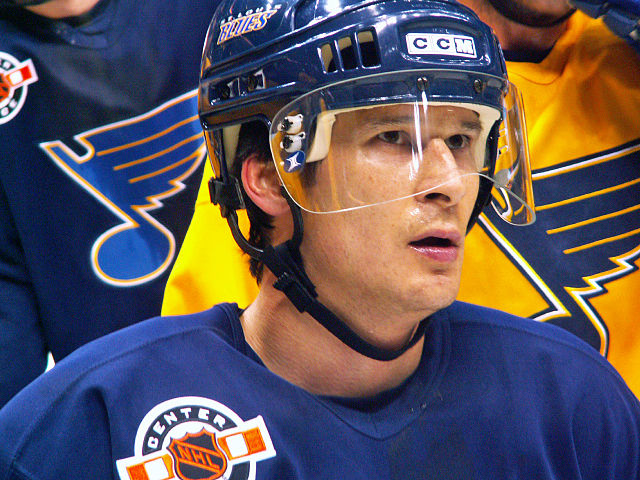 Paul Kariya was the second oldest of five children born to Tetsuhiko and Sharon Kariya. Tetsuhiko was born in a Japanese internment camp in Greenwood, BC, during the Second World War. He would go on to play for the Canadian national rugby team in 1967, 1970 and 1971 before becoming a high school math, computer science and physical education teacher. Sharon Kariya was of Scottish descent, played field hockey and was involved in Highland dancing. Like Tetsuhiko, Sharon was a teacher.

Paul’s two younger brothers, Martin and Steve, also played professional hockey. Steve played 65 games with the Vancouver Canucks from 1999 to 2002, while Martin played in the American Hockey League and professionally in Russia, Switzerland and Finland. All three Kariya brothers played at the University of Maine. Paul’s sister Noriko was a professional boxer and had a record of nine wins, three losses and one decision in 13 career fights from 2005 to 2008.

Growing up in North Vancouver, Paul Kariya participated in a variety of sports, including figure skating, lacrosse, rugby, tennis, swimming, basketball and golf. In fact, Kariya was a figure skater at age three and joined his first hockey team at age five. At age 13, he almost quit hockey to concentrate on golf.

Kariya played his minor hockey with the North Shore Winter Club (until Pee Wee), the North Vancouver Minor Hockey Association and the Burnaby Winter Club. At age nine, he was already playing at the Pee Wee level with players five years older than him. In 1990, at age 15, he was invited to play with the Canadian Amateur Hockey Association Under-17 team. The following season, 1991, Kariya represented Canada at the first ever Phoenix Cup (later known as the Hlinka Gretzky Cup) in Japan.He led Team Canada in scoring with 12 points (four goals and eight assists) as Canada won the silver medal.


Success in the BCJHL and NCAA

In two seasons with the Penticton Panthers of the British Columbia Junior Hockey League (see also Canadian Junior Hockey), Kariya had back-to-back 100-point seasons. As a 16-year-old in 1990–91, he was sixth in BCJHL scoring with 112 points (46 goals and 66 assists). Kariya also represented British Columbia at the 1991 Canada Winter Games in Charlottetown, PEI, and had four goals and five assists for nine points in five games. In 1991–92, Kariya led the BCJHL in assists (87) and points (132) and was named the RBC Canadian Junior Hockey League Player of the Year.

After his BCJHL success, Kariya took his hockey talents to the National Collegiate Athletic Association (NCAA), where he starred for the University of Maine Black Bears. In 1992–93, Kariya led the Black Bears to a dominant 42–1–2 record and their first-ever NCAA Division I Men’s Hockey Championship. He also led the NCAA in assists (75) and points (100) and became the first freshman to win the Hobey Baker Award as the NCAA’s best hockey player.

Also in the 1992–93 season, Kariya represented Team Canada at the 1993 World Junior Hockey Championship in Gävle, Sweden. He had a team-high six assists as Canada won the gold medal.

In 1993, Kariya was selected in the first round, fourth overall, by the Mighty Ducks of Anaheim, in the National Hockey League Entry Draft. However, he did not play for the Mighty Ducks right away. In 1993–94, Kariya split his time between the Maine Black Bears and the Canadian National Team as he represented Team Canada at the 1994 Olympic Winter Games in Lillehammer and the 1994 World Hockey Championships in Italy.

At the 1994 Olympic Winter Games, Kariya helped Team Canada win its second consecutive silver medal. Kariya led Team Canada in scoring with seven points (three goals and four assists), but the Olympic tournament ended in heartbreak for him. In the second round of the shootout of the gold medal game against Sweden, Kariya missed in his attempt to prolong the game. Sweden captured a 3–2 victory.

Even though Kariya and Team Canada had to settle for silver, participating in the opening ceremonies of the 1994 Olympic Winter Games was his greatest experience ever.

“I can remember it like it was yesterday,” Kariya told Gary Kingston of the Vancouver Sun in 2015. “Walking into the arena for the opening ceremonies with the figure skaters, the bobsledders, the speed skaters and just being part of a bigger team. It was an incredible experience. To me, that ranks at the top.”

Kariya played his rookie season for the Mighty Ducks in the lockout shortened 1994–95 NHL season. He had 39 points in 47 games and finished third in Calder Trophy voting (rookie of the year) behind Peter Forsberg and Jim Carey.

In 1995–96, Kariya had the best regular season of his NHL career. He notched career highs in goals (50), points (108), power play goals (20) and shorthanded points (six). Kariya won his first of two straight Lady Byng Trophies (most gentlemanly player), played in his first of seven NHL All-Star Games and was named to the NHL’s first all-star team for the first of three times in his NHL career.

In 2003, Kariya helped lead the Ducks to their first ever Stanley Cup Finals appearance in franchise history. They would lose in seven games to the New Jersey Devils. However, game six of the series could be considered one of the most memorable games of Kariya’s NHL career. In the second period, he took a hard hit from Devils defenseman Scott Stevens. Kariya was down on the ice and not moving. He not only returned to the game but also scored a key goal in the same period and helped the Ducks to a 5-2 win to stay alive in the series.

On 3 July 2003, Kariya signed a one-year contract with the Colorado Avalanche. He was limited to 51 games that season because of a wrist injury. In his final five NHL seasons, Kariya played two seasons with the Nashville Predators and three seasons with the St. Louis Blues. He was especially productive with Nashville in 2005–06, setting team records for most assists (54) and points (85) in a single season.

Kariya retired from hockey in 2011, citing the six concussions he suffered from playing the game as a major reason for stepping away. In an interview with Sportsnet’s Scott Morrison in 2017, Kariya stated that not representing Canada at the 1998 Olympic Winter Games in Nagano because of a concussion was his biggest career disappointment. He was advised by his doctor to retire because the risks from suffering another concussion were too great. At the time of his retirement, Kariya stated that he wanted his brain to be functioning in his life after playing hockey. Kariya finished his NHL career with 402 goals and 587 assists for 989 points in 989 regular season games.

Kariya was known for his speed, puck control, leadership and discipline, as well as for his cerebral “hockey smarts” and ability to anticipate plays. With 91 assists in 51 games with the Maine Black Bears and 38 assists in 31 games with Team Canada in 1993–94, he was initially regarded as a dazzling playmaker in the vein of Wayne Gretzky. Those skills carried over to his NHL career, but Kariya also blossomed as a pure goal-scorer, netting more than 30 goals a season seven times.

Listed at five-foot-ten (178 cm) and 180 pounds (82 kg), Kariya was diminutive for his era, a factor that likely contributed to his concussions and injury history. In a 2017 article titled “Why Paul Kariya is Even Better than You Remember,” Sportsnet’s Steve Gamble outlined how Kariya’s career stats are even more impressive when his injury history and the stifling effects of the dead puck era are taken into account: “Kariya still managed to bang out two 100+ point seasons during that time, and if it weren’t for injuries, he might have done it four or five times, maybe even more. In just 22 games in 1997–98, for example, Kariya had 17 goals and 14 assists for 31 points. That’s bananas back then.”

Since retirement, Kariya has taken up the sport of surfing. He and his girlfriend Valerie live in Dana Point, California.