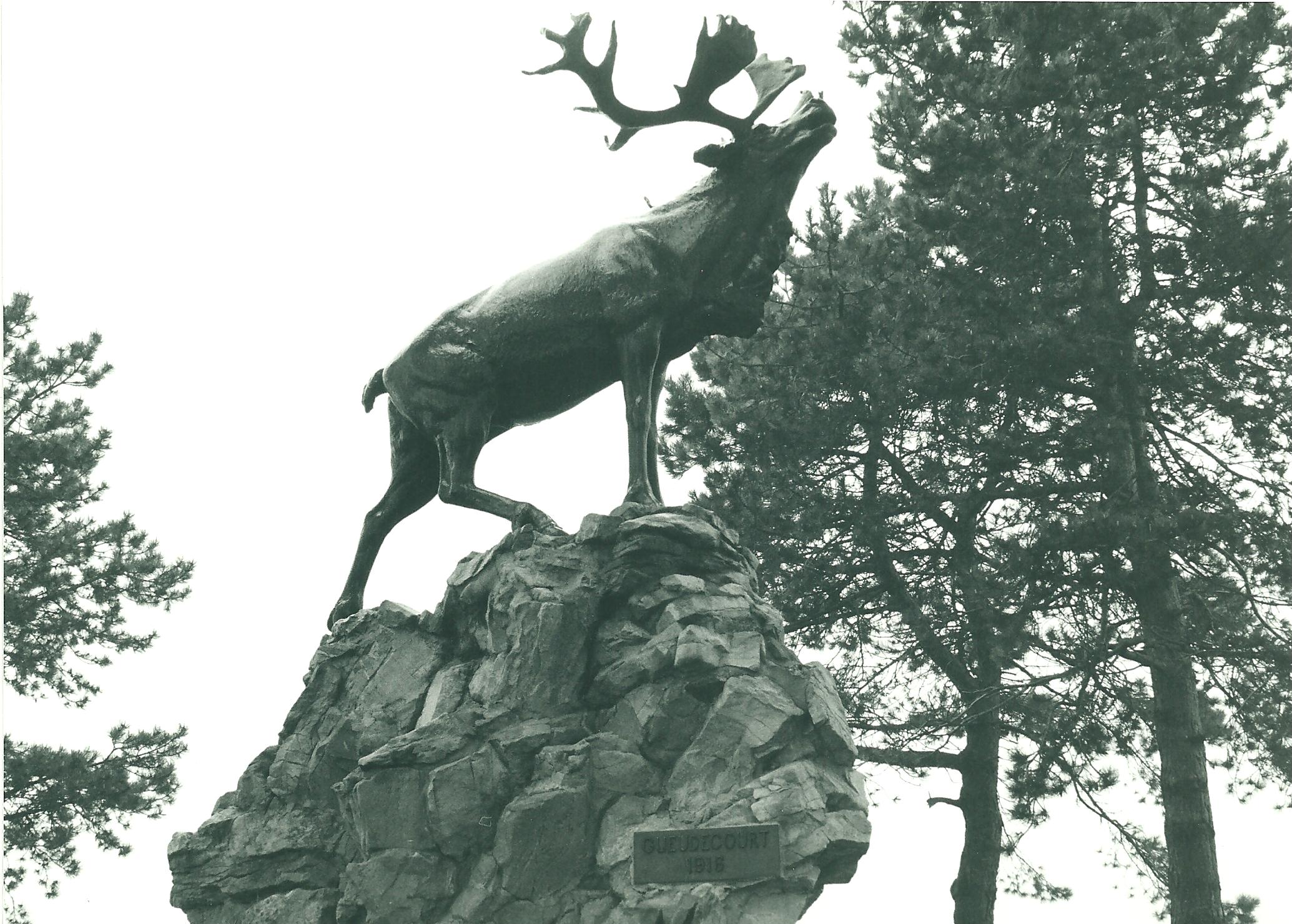 Newfoundland and the First World War

On 4 August 1914, a telegram informed Governor Sir Walter Davidson that the British Empire was at war with Germany. (See First World War.) At the beginning of the war, Newfoundland had almost no military establishment. The only official military organization on the island was the Newfoundland Royal Naval Reserve that trained sailors for service in the Royal Navy. Despite the lack of military infrastructure, it quickly became apparent that many citizens wanted to raise a contingent of Newfoundland soldiers instead of encouraging men to serve in Canadian or British regiments. Forming a Newfoundland Regiment would be an uphill battle, as the closest thing the Dominion had to a militia was the Legion of Frontiersmen (an empire-wide civilian organization of marksman) and several denominational cadet corps.

The first recruiting drive started on 21 August 1914 and was highly successful. By 11 September, 880 men had been enrolled and 520 were deemed fit for service. Over 80 per cent of these men were from St. John’s, and the majority were members of the various denominational cadet corps. The Newfoundland Patriotic Association was concerned about the lack of rural participation in the regiment, so it suspended recruitment in the city to allow time for rural volunteers to enlist.

By 28 September, 920 men had enlisted and 565 men were accepted; they began training at Pleasantville in St. John’s. Despite Governor Davidson’s intention to supply a contingent of 500 soldiers, the British government informed him that this was not enough for a battalion. If the Dominion wanted its soldiers to serve in a distinct Newfoundland Regiment, they would need to recruit at least 1,080 men with an additional 250 soldiers in reserve.

On 4 October, the SS Florizel set sail for the United Kingdom with the regiment’s first contingent. These 537 soldiers are known as the “First Five Hundred.” The rest of the men joined the unit in the UK.

The Newfoundland Regiment at Gallipoli

On the beaches of Gallipoli, the Regiment was constantly harassed by Turkish snipers and artillery and plagued by disease. Gasoline often polluted their limited drinking water, and flies infested their food. These contaminants spread disease and caused illness. Nearly every soldier suffered from dyspepsia or diarrhea, while jaundice and dysentery plagued the less fortunate. Despite these horrendous conditions, the regiment was able to carve out a small victory that came to be known as “Caribou Hill,” when a raiding party eliminated a sniper’s nest and captured a hill that eventually became part of the British front lines.

In November, the British War Committee ordered an evacuation of the Gallipoli Peninsula. From this point until December, 29th Division slowly and quietly withdrew to Egypt. A detachment of Newfoundlanders helped cover the evacuation of the last troops from the beaches. On 9 January, a group of men led by Lieutenant Owen William Steele were among the soldiers on the last barge to depart the peninsula. During its time in Gallipoli, the Newfoundland Regiment suffered 30 fatalities from action and another 10 from disease. 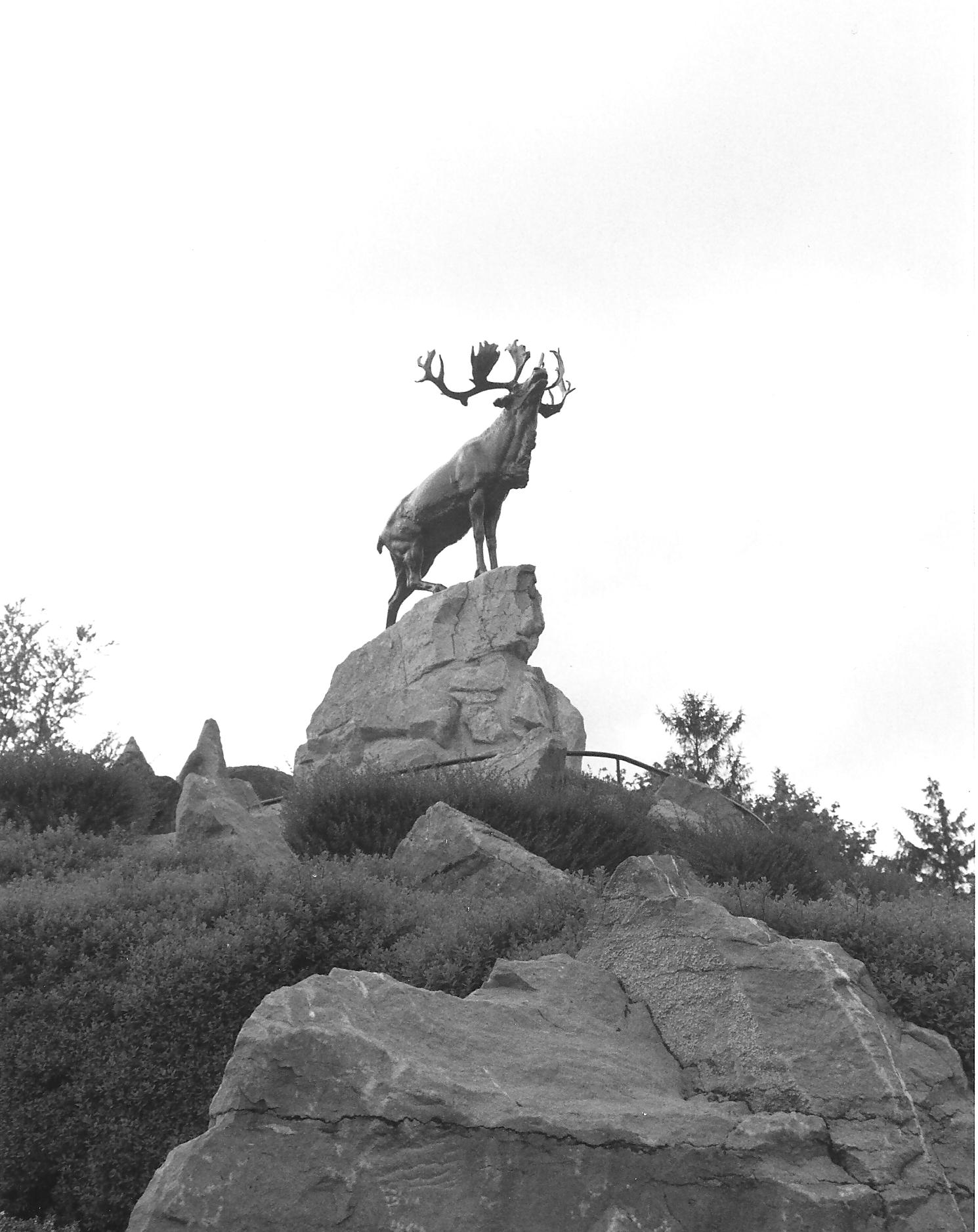 In March 1916, the regiment was sent to France to take part in the initial phase of the Battle of the Somme. Twenty-Ninth Division’s objective was to capture a section of German trench known as Y Ravine approximately 550 m from the British frontline near the little village of Beaumont-Hamel. In the seven days preceding the attack, British artillery bombarded the German trenches to cut barbed wire and destroy German artillery and troop positions. Despite the division commander’s confidence, most of the deep German dugouts were untouched. At 7:20 a.m. on 1 July 1916, a mine was detonated at Hawthorne Ridge, a German strongpoint. But the German defenders were prepared. The preceding artillery barrage warned them that an attack was coming, and the Hawthorne mine told them it would come soon. Shortly after the mine detonated, the Germans were in a strong defensive position. The initial British troops faced heavy machine-gun and rifle fire as they advanced from their trenches at 7:30 a.m. 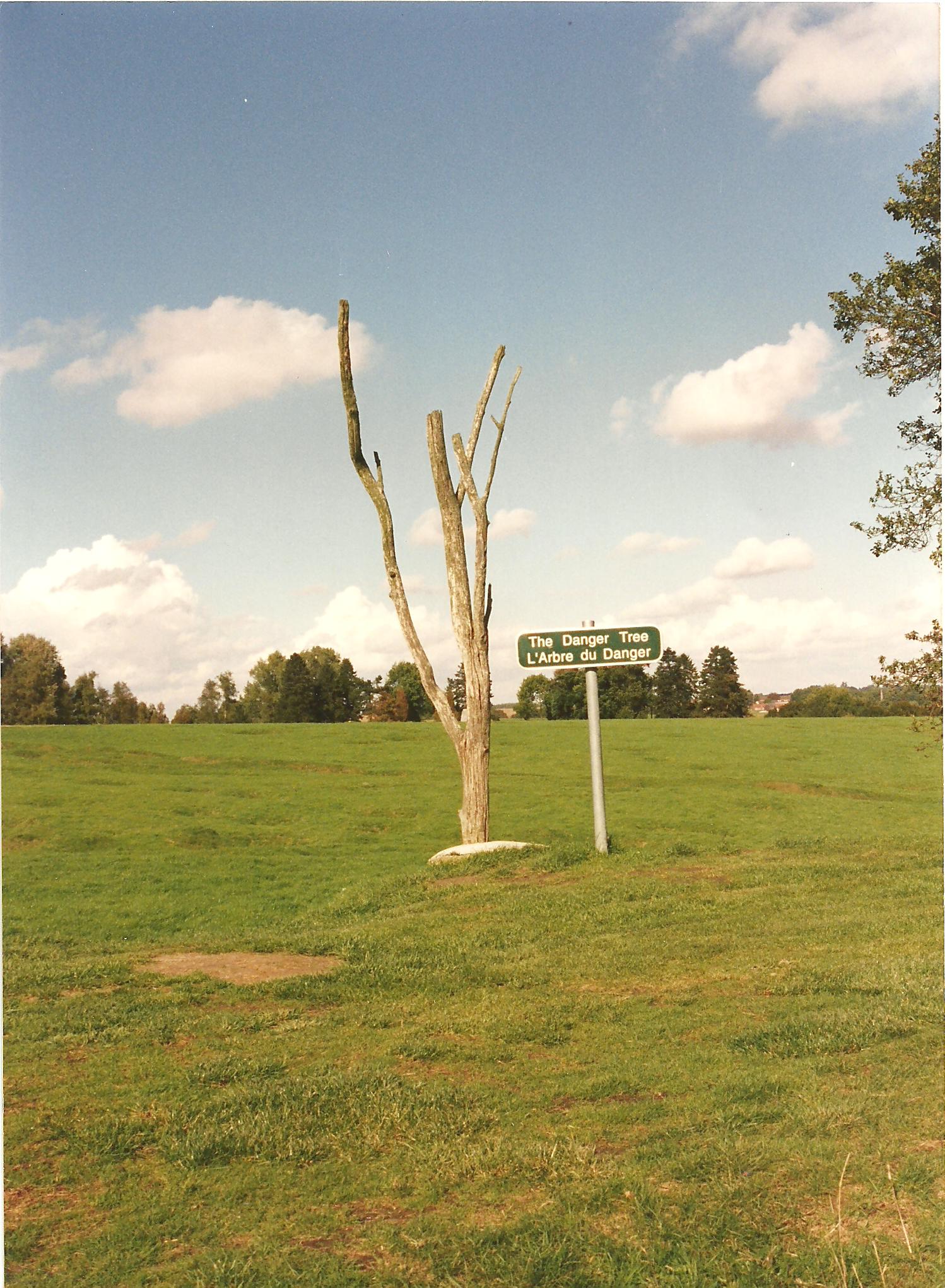 The Newfoundland Regiment was part of the attack’s second wave. Initially, it was supposed to advance alongside the 1st Essex. However, the Commanding Officer of the 1st Essex requested a delay to clear their communication trench. The request was granted, and Brigade Headquarters ordered the Newfoundlanders to attack independently. At 9:15 a.m. on 1 July, the Newfoundland Regiment went over the top. Unable to use the communication trench to their front lines, the soldiers had to leave from a support trench nicknamed St. John’s Road, 250 m from the frontline. From that point on, German machine guns focused on them and cut them down. Those who survived the frenzy of the British frontlines had to cross no man’s land to the largely intact German frontline; many were mowed down by German fire. Partway across the battlefield was a tree used as a gathering point for those who made it past the front line. Gathering at this tree proved to be a fatal mistake, though, as it provided an unmistakable landmark for German artillery. Many young men died at the base of the “danger tree.”

Within thirty minutes of the start of the attack, the Newfoundland Regiment was nearly destroyed. Of approximately 800 soldiers that left St. John’s Trench, there were 710 casualties: 386 men were wounded, and 324 were killed or presumed dead. Their families back home did not learn of their deaths until nearly a month later. On 26 July, newspapers in the Dominion published a complete list of the casualties and reassured the people of Newfoundland that these men died as a patriotic sacrifice for the British Empire. (See also The Newfoundland Regiment at Beaumont-Hamel.) 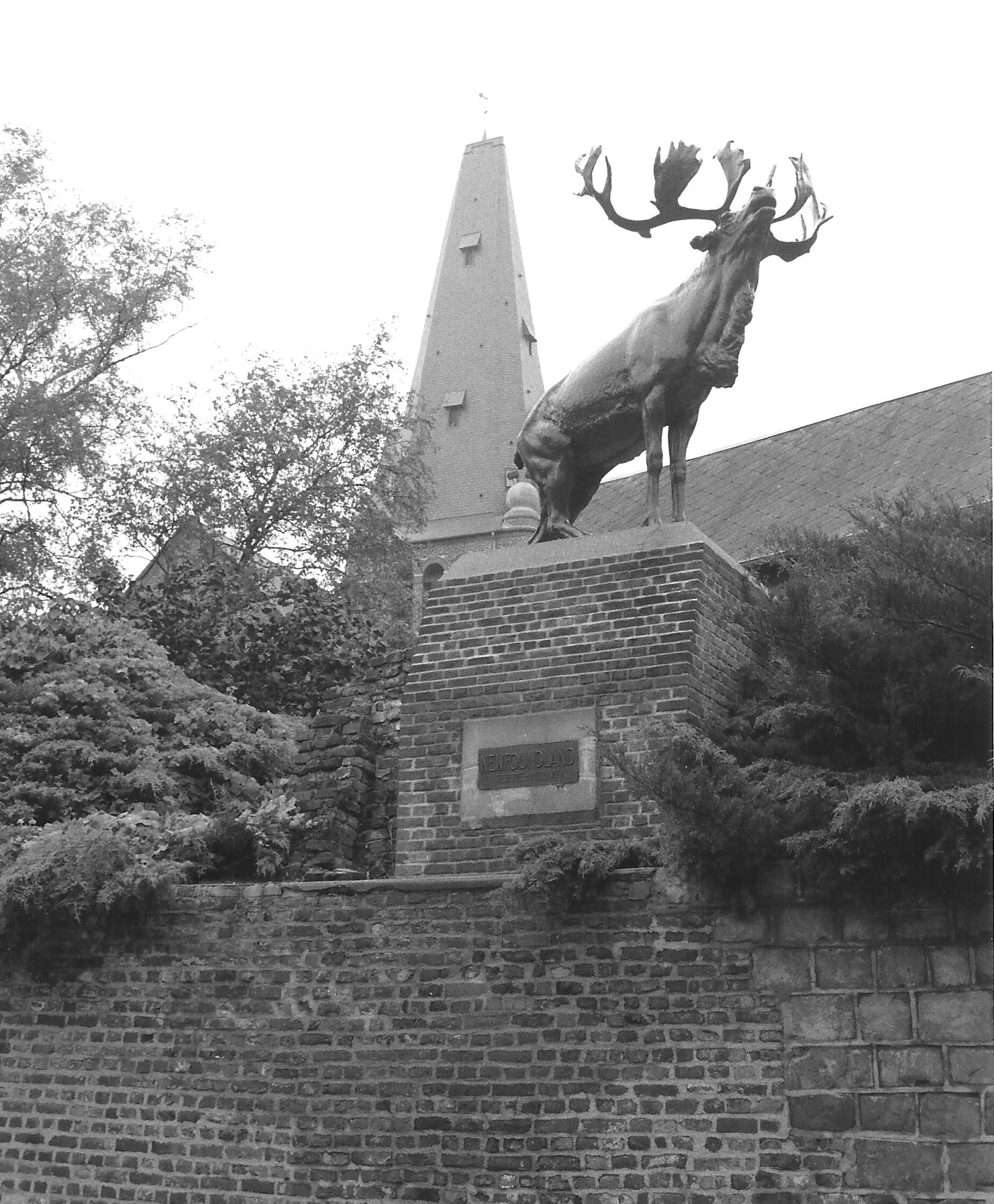 The Newfoundland Regiment at Monchy-Le-Preux

The Newfoundland regiment spent the next four months recovering and replenishing its ranks after the tragedy at Beaumont-Hamel. In October 1916, it was up to strength and sent back to the front. Over the next two years, the Newfoundland Regiment took part in many battles, including Le Transloy, Arras, and Cambrai. On 14 April 1917, during the Battle of Arras, the regiment suffered high casualties after a failed attack on a section of German trench with the 1st Essex. Despite this, ten soldiers from the regiment under the acting Commanding Officer, Lieutenant-Colonel James Forbes-Robertson, were able to hold off a counterattack of over 200 German soldiers who tried to capture the village of Monchy-le-Preux. Lieutenant-General Beauvoir De Lisle later estimated that if the Newfoundlanders had failed and the Germans had captured and fortified Monchy, it would have taken 40,000 British soldiers to recapture it. During this battle, 166 men were killed, 141 were wounded, and another 150 men were taken as prisoners of war. 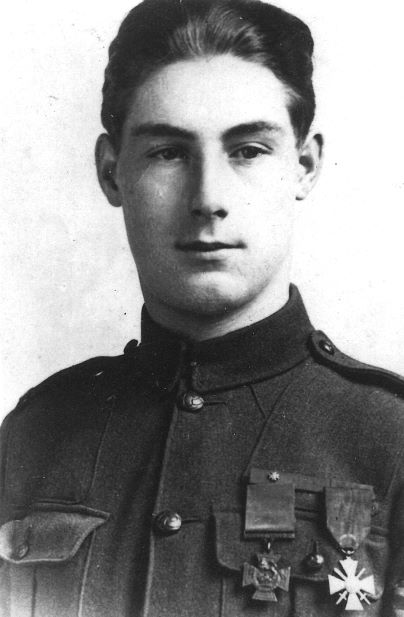 Did you know?
Private Tommy Ricketts of the Newfoundland Regiment was the youngest soldier to be awarded the Victoria Cross (VC) in the First World War.

In 1949, the Royal Newfoundland Regiment was revived as a reserve infantry regiment with the Royal Canadian Infantry Corps. Today it consists of two battalions: 1st Battalion in St. John’s and 2nd Battalion in Corner Brook, which has detachments in Stephenville and Grand Falls. Soldiers of the regiment have served on domestic operations in response to natural disasters and internationally on UN and NATO missions. 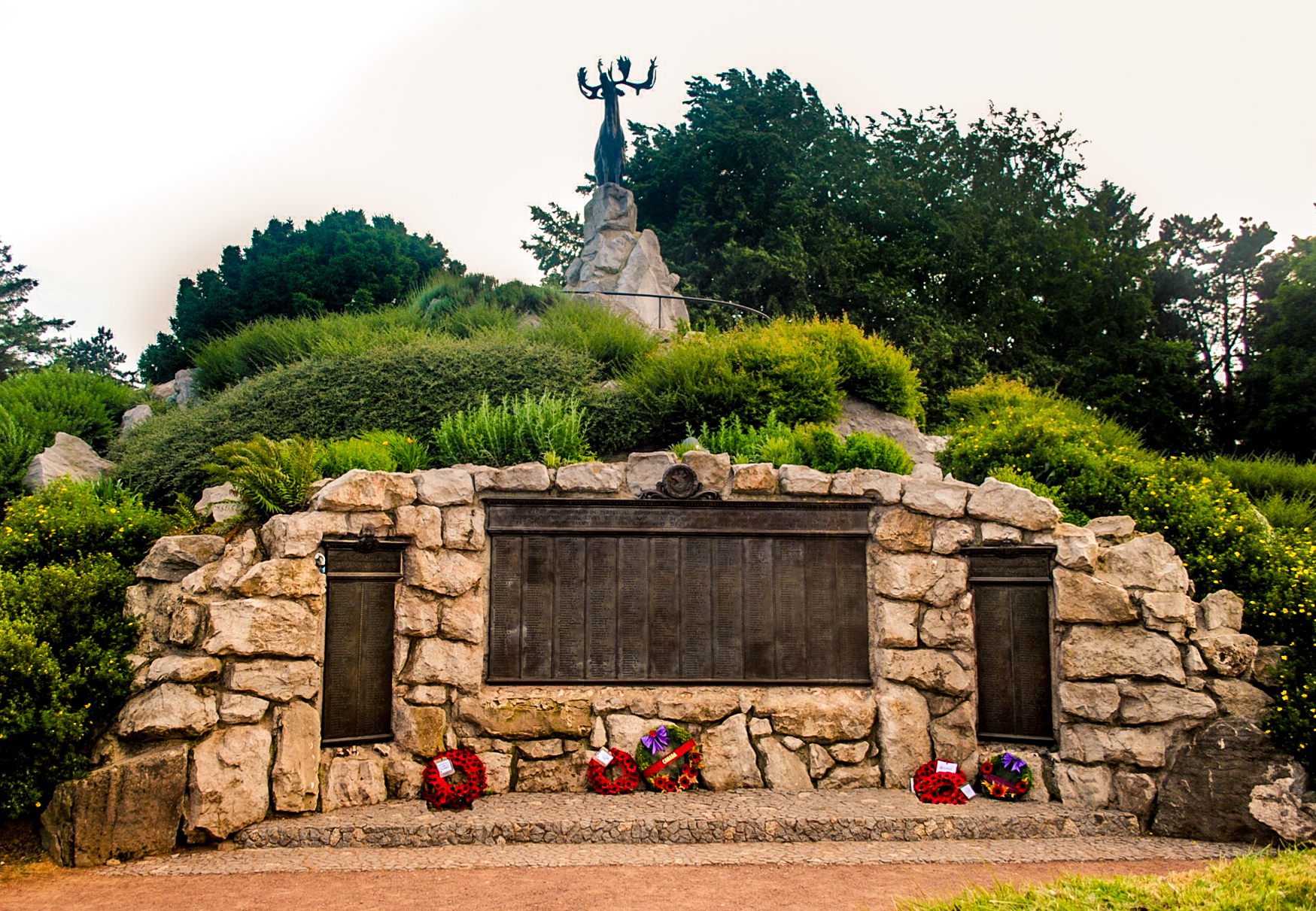 The battlefield at Beaumont-Hamel is now the Newfoundland Memorial Park, where the Caribou Monument overlooks the preserved trenches where so many Newfoundlanders died. In total, there are six Caribou statues in France, Belgium and Gallipoli, Turkey, monuments to the regiment’s service in the First World War. Together, they are known as the Trail of the Caribou. 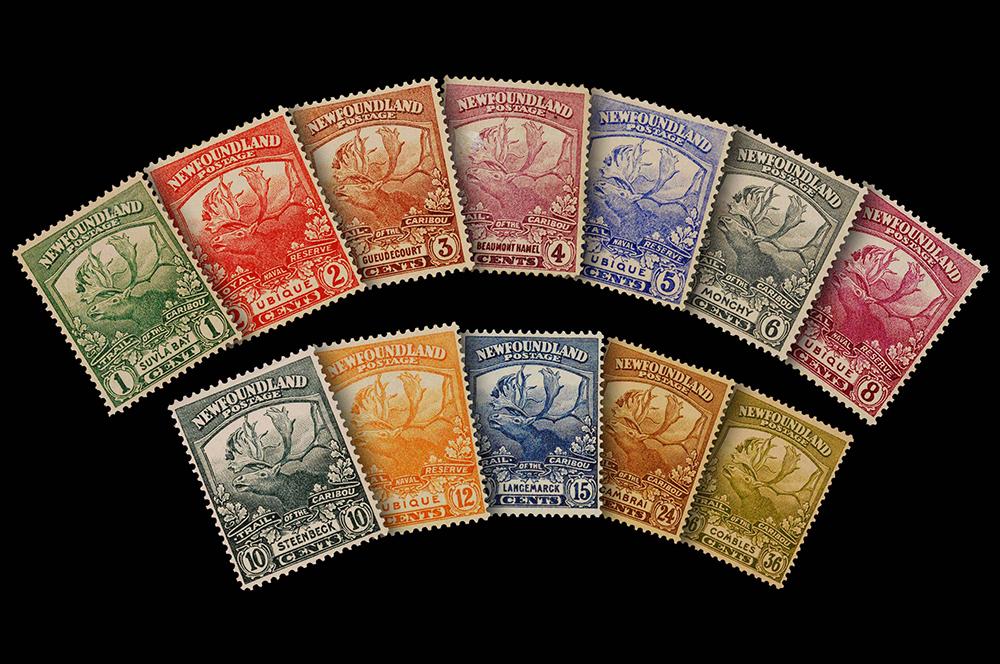 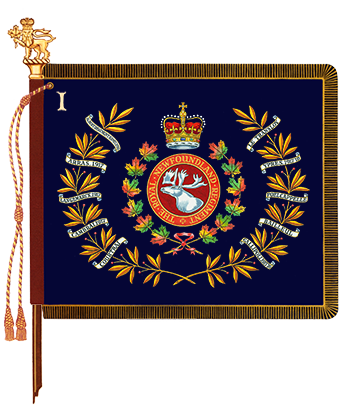 Badge: A caribou's head and neck within a wreath of laurel surmounted by the Royal Crown and set on a scroll inscribed ROYAL NEWFOUNDLAND REGIMENT. The woodland caribou head was first used on the badge of the Newfoundland Highlanders, a para-military cadet corps formed in 1907. This was the basis for the badge of The Royal Newfoundland Regiment of the First World War. 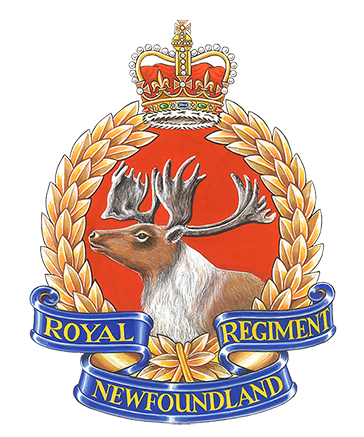 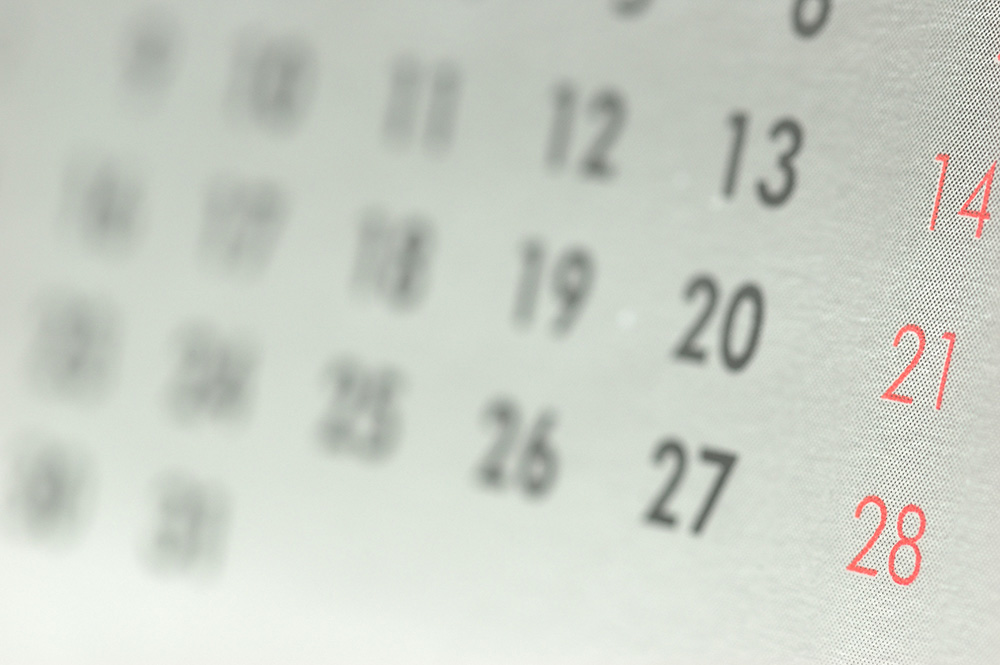