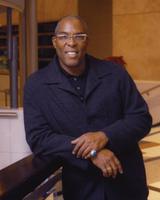 Blyden-Taylor came to Canada in the 1970s, as music director of the Oakwood Wesleyan Church in Toronto. He soon joined the University of Toronto's Hart House Chorus, then directed by Denise Narcisse-Mair, who became his mentor and named him assistant conductor in 1977.

Blyden-Taylor was long affiliated with the Orpheus Choir of Toronto and was its conductor from 1987–2002. He has conducted the Peterborough Singers and youth choirs in Ontario, New Brunswick and Manitoba. He has been the artistic director/advisor for the Algoma Festival Choir, the Nova Scotia Mass Choir and the Chatham-Kent Roots Festival.

In 1998, Blyden-Taylor founded The Nathaniel Dett Chorale, and has remained its conductor and artistic director in 2012. As a guest conductor with the choir, he has appeared with the Toronto Symphony Orchestra, Symphony Nova Scotia, and the Hannaford Street Silver Band.

In addition to his work with the Nathaniel Dett Chorale, Blyden-Taylor has maintained the position of Music Director at St. Timothy's Anglican Church, North Toronto.

Blyden-Taylor's passion for educating has led to frequent appearances as a clinician, adjudicator, lecturer and workshop leader, extending to the University of Toronto and Queen's University. He has been associated with Toronto District School Board, coaching students and giving workshops to teachers in conducting and choral techniques. He follows the seven principles of African heritage, the Nguzo Saba: unity, self-determination, collective work and responsibility, cooperative economics, purpose, creativity and faith.

Among Canadian appearances have been the Conference on Black Canadian Musics and Black Music Cultures at Toronto's York University, where he was a keynote speaker (2003); the Canadian Rocky Mountain Festival in Banff, Alberta; the Tempo 2003 Manitoba Music Conference; Vancouver Kiwanis Music Festival; and the Manitoba Choirfest.

Internationally, Blyden-Taylor has been invited to the USA, Cuba, France, Japan, Turkey, and Israel. His recordings on the Marquis Classics label include Listen to the Lambs (2002); An Indigo Christmas (2003); Nguzo Saba(iN Dett ed Records, 2010) and the DVDs An Indigo Christmas Live (2004) and Carry me Home — The Story of the Nathaniel Dett Chorale winner of a 2003 Gemini award.