Calixa Lavallée and the Origins of "O Canada"

Canada's national anthem was first heard one fine June evening in 1880, on the campus of Laval University in Quebec City. Joseph Keaney Foran and some fellow law students were relaxing in one of the buildings when they heard a commotion at the front door. They saw Father Pierre Rouselle, the university secretary, and three other men enter the building and head straight for the piano. In the lead was a small man with a halo of black hair around his balding dome. "He was very excited," Foran later wrote of the little man, "and kept tapping his hands and saying 'I've got it! I've finally found it; I've succeeded; come, listen." He arranged himself at the piano and the others perched on a nearby dais. "Throwing back his head he played for us, for the first time, the masterpiece of his genius - it was Calixa Lavallée; he played O Canada."


The practice of crafting patriotic songs for public use grew along with nationalism throughout the 19th century. In Canada, politicians and citizens alike had for some time dreamt of a melody with words that would capture the patriotic ideals of the new nation. Various musical pieces drifted into popular use, but it was clear that songs such as "God Save the King (Queen)" or "The Maple Leaf Forever" (with lines like "Wolfe the dauntless hero came") were never going to be popular among French Canadians."In my imagination," Foran rhapsodized, I was transported to the town of Strasbourg to the night when Rouget deLisle [sic] played and sang the Marseillaise for the first time." On June 24, 1880, a brass band played "O Canada" at a banquet in Quebec City held for the governor general, the Marquess of Lorne. The performance was repeated the next day before an audience of 6000 in the gardens of Spencer Wood. The concert featured six bands and for the first time the words were heard, sung by a full choir.

In 1834 at the founding meeting of the St-Jean Baptiste Society, George-Étienne Cartier passionately sang his own composition "Ô Canada! mon pays! mes amours!" Nonetheless in 1865 Ernest Gagnon would still lament that "Vive la Canadienne," sung to the melody of "À la claire fontaine" would have to do until something better came along.

In June 1880 the St-Jean Baptiste Society declared that it was time to find something better. They wanted a patriotic rallying song for their national festival that year. There was talk of a competition, but the music committee decided to ask the respected young composer Calixa Lavallée to compose an anthem and have it ready for June 24. Gagnon's daughter later claimed that it was her father Ernest who came up with the first line and gave it to Adolphe-Basile Routhier, an accomplished poet, to compose the rest. Others claimed that Routhier wrote the words first and Lavallée the music later. Routhier himself later wrote that Lavallée played him his "grand air" and he (Routhier) wrote the four verses the next night.

As for the composer, the peripatetic Lavallée moved several times to the United States, fought for the Union army in the Civil War, traveled to South America, studied in Paris and died in Boston. His travels continued even after death, as his body was brought to Montreal for reburial in 1933.

"O Canada" remained a French only anthem for some 20 years. It was not performed in English Canada until 1901, when it was played in Toronto for the Duke of Cornwall and York (the future King George V). Various translations followed until that of Stanley Weir, published in 1908. With few changes, this is the version sung today. On June 27, 1980 Parliament passed Bill C-36 making "O Canada" Canada's official national anthem. 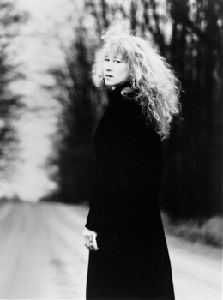