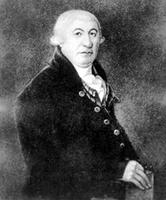 As a philanthropist, the powerful fur trader McGill devoted his wealth to institutions in Montréal, including the university that bears his name (courtesy Metropolitan Toronto Reference Library/T14908).

Château Clique, nickname given to the small group of officials, usually members of the anglophone merchant community, including John MOLSON and James MCGILL, who dominated the executive and legislative councils, the judiciary and senior bureaucratic positions of LOWER CANADA until the 1830s. Appointed by the governor, members of the councils advised him on local matters, helped shape public policy, and controlled revenues, patronage and land grants. The term referred to the governor's residence and the location of government offices, Château St-Louis.

The clique aggressively pursued canal building, the establishment of banking institutions, and the abolition of the SEIGNEURIAL SYSTEM and French CIVIL LAW. By 1810 mercantile influence in the government was limited to the appointed councils, for not only did imperial authorities tend to grant concessions to the French-speaking majority, but anglophone merchants had been squeezed out of the elected assembly by French Canadian professionals. Before 1810 the appointed councils resisted Pierre BÉDARD's attempts to institute ministerial responsibility; in the 1820s they opposed efforts by the assembly to control public revenues and continued their efforts aimed at the assimilation of French Canadians; in 1822 the clique supported a scheme to reunite Upper and Lower Canada; and in the 1830s it blocked Louis-Joseph PAPINEAU's resolutions demanding RESPONSIBLE GOVERNMENT in the form of an elected legislative council. By 1834 ethnic and class tensions had so polarized politics that only 9 English-speaking assemblymen supported the appointed councils, and thereafter the influence of the Château Clique steadily declined.