The Yukon constitutes the northernmost part of the Cordilleran region. It includes three parallel sections oriented northwest–southeast. In the east, folded sedimentary Paleozoic and Mesozoic formations are set off sharply from the Mackenzie Valley by great faults. The middle section includes sedimentary, metamorphic, and volcanic rock ranging from the Precambrian to Mesozoic age. Massive plutonic Mesozoic and Tertiary granites make up the core of the western section. 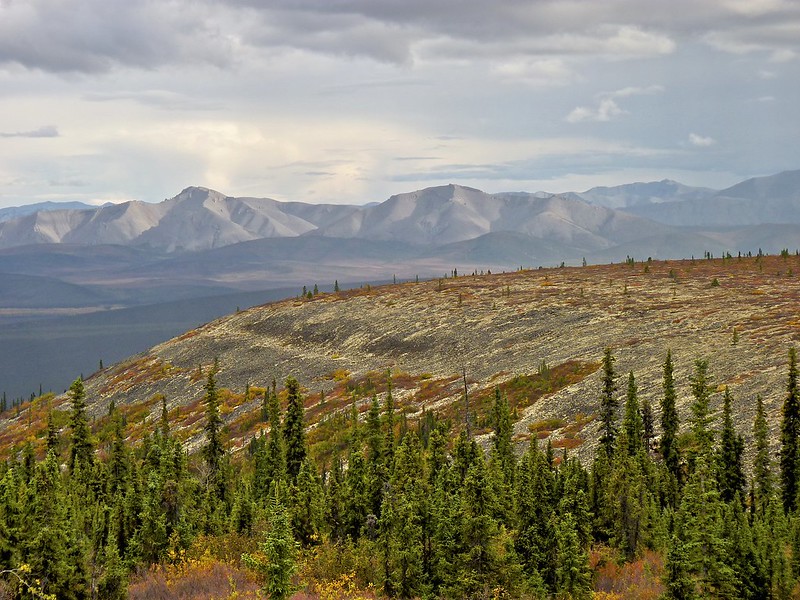 The Ogilvie Mountains are one of several mountain ranges located in Yukon.

The Yukon includes plateau and mountain regions, all of which continue westwards into Alaska. There are significant variations within each physiographic region. The high central Yukon Plateau, at an average elevation of 1,200 m, is interrupted frequently by local mountain areas and deep valleys. The 2,400 m Ogilvie Mountains in the north separate it from the Porcupine Plateau. The Porcupine Plateau is in turn delineated to the north and east by the British and Richardson Mountains, respectively.

The Yukon Plateau is bounded by the Selwyn and Mackenzie mountains in the east. An area of lower terrain in the south, near the 60th parallel, separates it from the mountainous areas of northern British Columbia. Southwestern Yukon is home to the spectacular St Elias and Coast Mountains, which rank among Canada’s highest peaks. Mount Logan (5,959 m) is the highest mountain in Canada and the second highest in North America. Many of the mountains are covered by extensive permanent ice caps — the largest non-polar ice fields in North America — and effectively cut off direct access to the Pacific Ocean despite its relative proximity.

Over 65 per cent of the territory is drained by the Yukon River system, including the Porcupine River basin north of the Ogilvie Mountains. The two major exceptions are the Peel River, which drains a lesser plateau in the northeast, and the Liard River,in the lower-lying plain sector in the southeast. These rivers drain into the Mackenzie River to the east. Along the eastern edge of the St Elias Mountains are elongated glacial lakes. There are over 600 km of interconnected lakes in the region.

The Yukon includes a large area in the north and northwest that was never covered by Pleistocene ice sheets, despite its northern latitude. Permafrost is continuous north of the Porcupine River, and discontinuous but widespread through the rest of the territory. As in the Northwest Territories, the latter condition results in finely balanced biotic conditions and poses problems for construction and ground transportation.

The land in Yukon, except the Arctic Coastal Plain and the higher mountains, lies below the treeline. Boreal forests cover 57 per cent of the territory and vegetation is classified as sub-arctic and alpine. White spruce and lodgepole pine trees are the predominant commercial tree species. The short summer seasons mean that trees grow slowly and develop into hardy, high-quality wood. The area south of Dawson is fairly well forested, especially in the river valleys, with the best stands in the moist eastern sectors like the Liard Valley. The region is also notable for native plant diversity. For example, there are over 200 species of wildflowers. Though few foreign plant species are introduced and few could thrive in this extreme climate, invasive plants are a concern in the region. 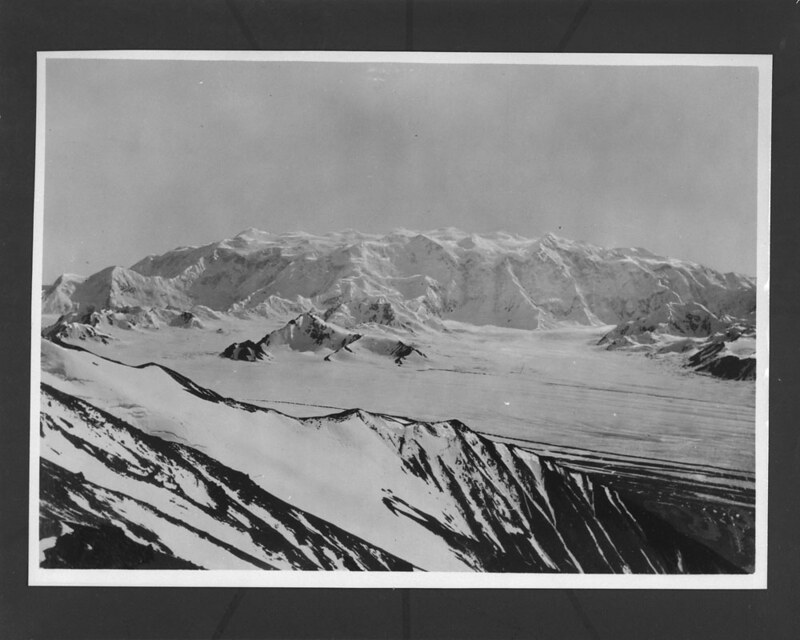 At 5,959 m, Mount Logan is the highest mountain in Canada and the second highest in North America.

(courtesy Department of the Interior, Library and Archives Canada/PA-048336)

The climate of the Yukon is continental, with its mountain ramparts sealing it off from most direct contact with the moderating Pacific Ocean. Winters are cold, with the lowest temperature ever recorded in Canada (-62.8°C) at Snag, northwest of Kluane Lake, in February 1947. At times, Pacific air may edge into the southwestern sectors resulting in short intervals of milder temperatures.

Summers are warm and frequently hot, but cooler air from the Arctic can push southward. The hottest recorded temperature in the Yukon is 36.1°C on 14 June 1969 at Mayo. Precipitation is generally low because the high mountains in the southwest seal-off access to the moister air.

Big game animals, furbearers, birds and fish have sustained Yukon’s Indigenous peoples for thousands of years, and continue to do so, especially in remote communities such as Old Crow. Yukon’s wildlife resources are also valued by other residents and by tourists, particularly big game hunters. The Yukon has some of North America’s largest populations of grizzly bears and Dall sheep. Other large mammals found in the territory include caribou, moose and mountain sheep.

The Yukon provides critical habitat for migratory birds, such as trumpeter swans and birds of prey. The barren-ground porcupine caribou herd migrates between Alaska, the Yukon and the Northwest Territories. Pacific salmon ascend the Yukon River and its tributaries from Norton Sound, in Alaska.

Minerals, such as gold, zinc, lead and silver remain the territory’s most economic non-renewable resources. Difficult access and rugged terrain have deterred mineral development in the past. However, the Yukon now has a highly developed road system with year-round access to tidewater. Government assistance programs have aided exploration and development. 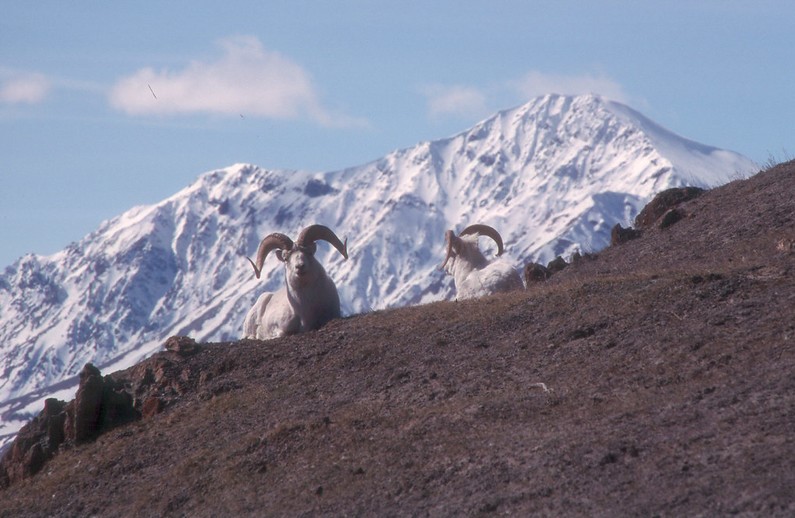 Yukon’s historic and spectacular scenic attractions are important tourism resources. Kluane National Park in the southwest includes Canada’s highest mountain, Mount Logan, and part of what has been called the largest non-polar ice field in the world outside the Arctic and Antarctic. The first territorial park was established in 1987 on Herschel Island. It includes archaeological sites of early Indigenous residents as well as whaling era artifacts. Coal River Springs, established three years later, is a thermal spring with dramatic descending series of limestone terraces.

Ivvavik National Park was established in July 1984, under the terms of the Inuvialuit Land Claim, to protect critical habitats of the Porcupine caribou herd and certain species of migratory birds. The caribou herd and other wildlife populations of the area are valued subsistence resources for northern Indigenous people. Vuntut National Park, lying above Ivvavik, was established in 1993 to protect the remainder of the Porcupine caribou’s habitat as well as habitat for barren ground caribou.

A federal-territorial agreement to manage the Porcupine caribou herd was signed in 1985. Two years later Canada and the US signed an international treaty for the conservation of the herd.