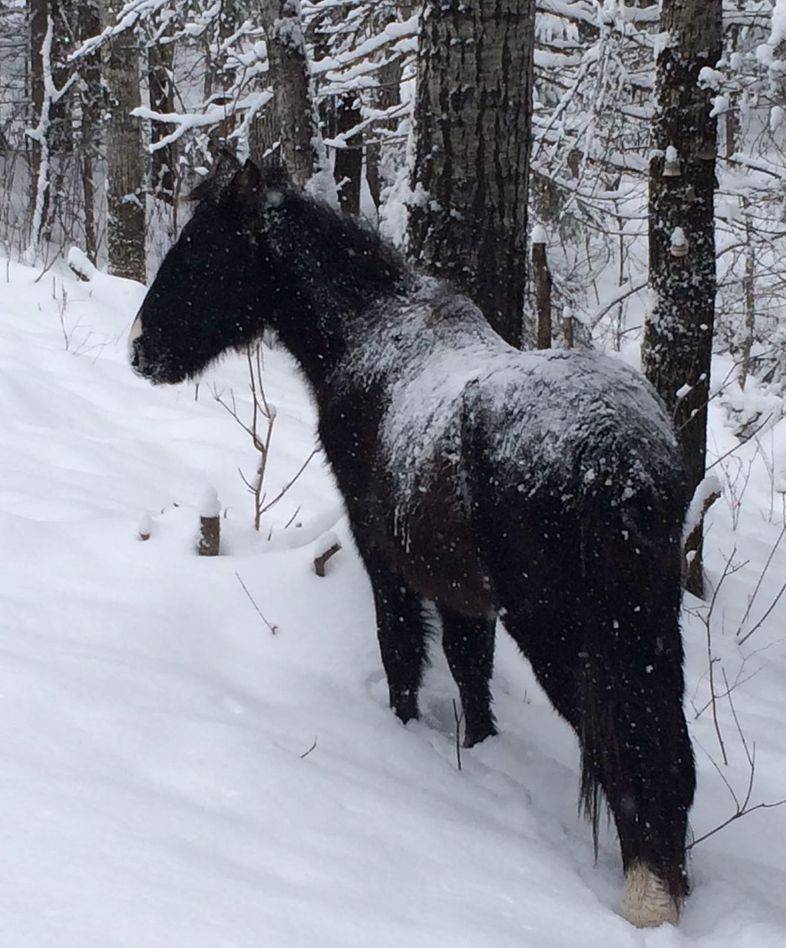 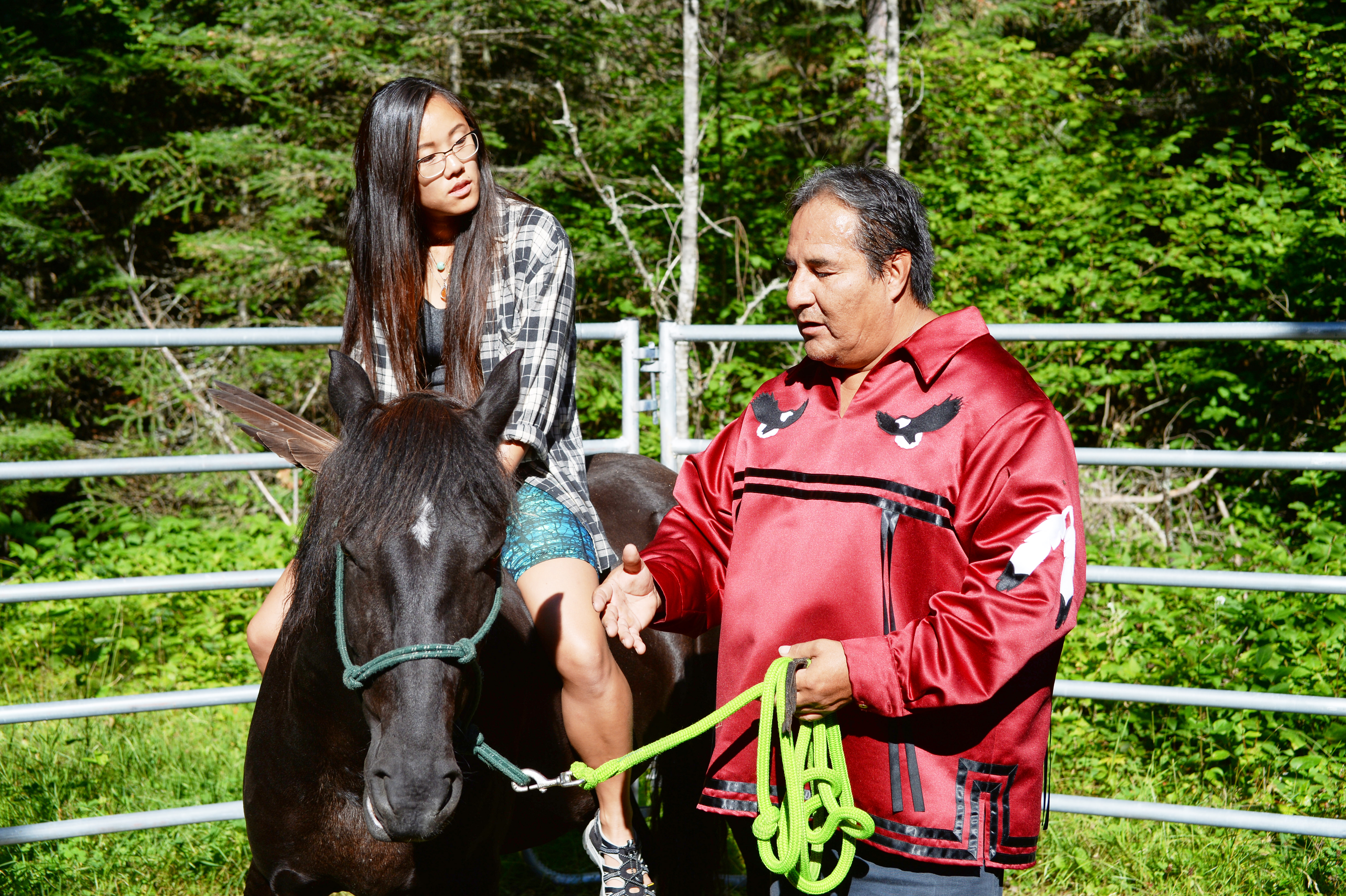 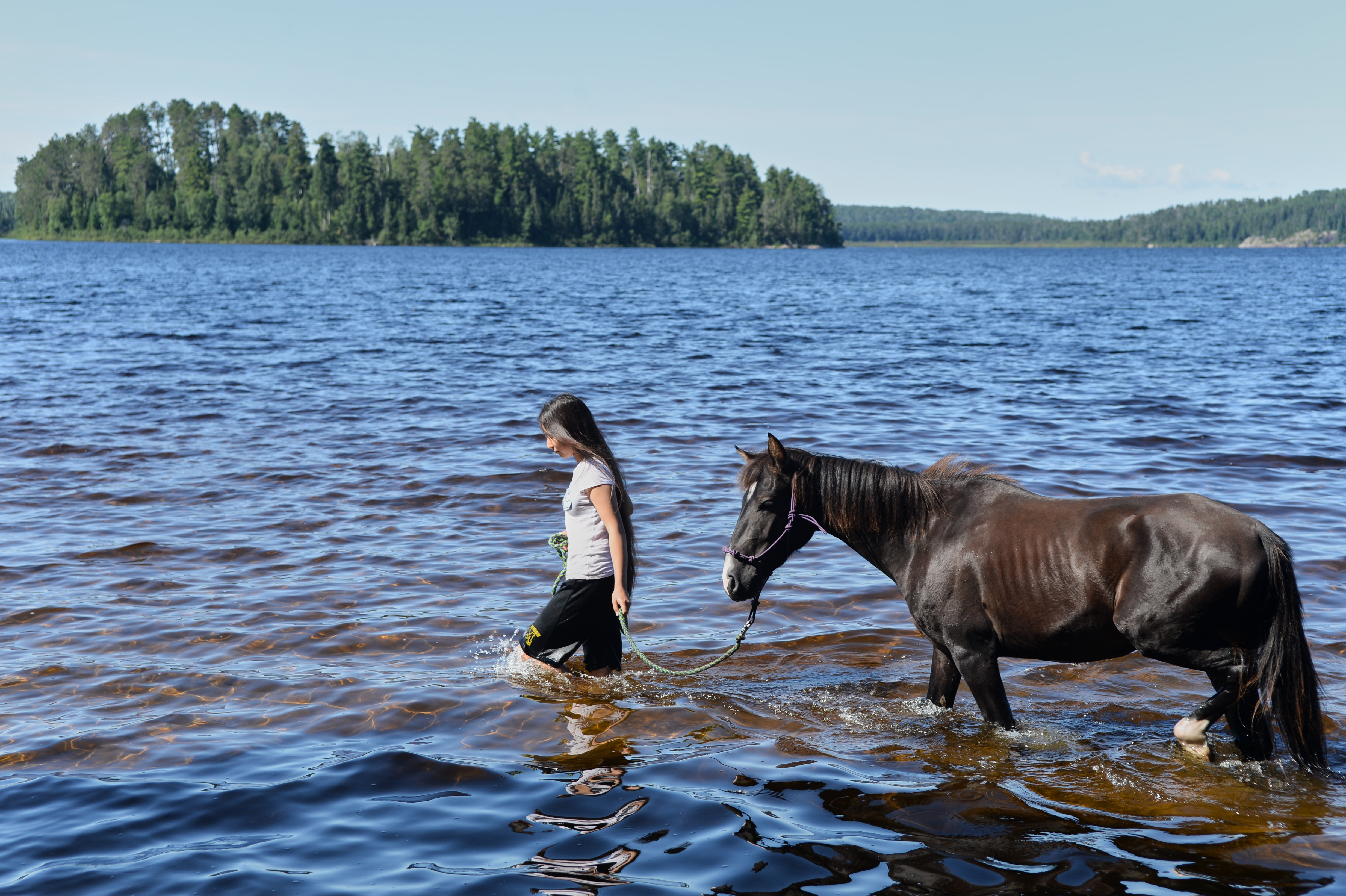 The horse (Equus caballus) evolved in North America during prehistoric times, spreading to Asia and Europe 2–3 million years ago. Paleontologists believe that the species went extinct in North America about 10,000 years ago, at the end of the last ice age. When Spanish people and other Europeans began to explore and colonize the Americas in the 16th century, they brought with them domesticated horses, reintroducing the animal to the continent. These horses were used for transportation, labour and breeding stock (see Animal Breeding). There is also a competing argument that suggests some horses in North America survived the ice age. This argument is rooted in Indigenous oral history, particularly that of the Dakota, which says horses were a vital part of Indigenous life long before first contact with Europeans.

Some experts think the Lac La Croix pony may descend from the horses brought to North America by Europeans. It could be a cross between the Spanish mustang and the Canadian horse, a hardy Québec breed with French roots.

Though officially classed as a pony because it stands less than 14.2 hands (1.47 m) at the withers (the area between the shoulder blades), the Lac La Croix pony is built like a small horse. Once a wild breed, its compact size and powerful body helped it to push through the dense brush and trees.

This forest-dwelling animal is well adapted to its habitat. Small, iron-hard hoofs make it sure-footed over the hilly, rocky terrain of the Canadian Shield. A distinctive nose flap, thick mane and small, hairy ears help protect it from insects and cold weather.

The coat can be any solid colour except white or cream. Black and bay (reddish-brown) are common, sometimes accompanied by a white star or blaze on the forehead or white stockings. Like many wild breeds, the Lac La Croix pony may have a dark dorsal stripe running from neck to tail and subtle “zebra striping” on its legs.

Breeders remark on the Lac La Croix pony’s gentle spirit and unequalled “common sense.” The breed is friendly and intelligent, with a playful streak. It is easy to work with and to maintain.

Lac La Croix ponies once ran wild in the boreal forests of northwestern Ontario and northern Minnesota. The horses shared their territory with the Ojibwa people, often living closely with them. Elders remember thousands of ponies that ran free like the deer through the wilderness.

The Lac La Croix pony no longer lives in the wild, but it does survive in sanctuaries in parts of Canada and the United States.

Lac La Croix ponies once bred in the wild during the summer. Offspring were often born in the woods. As the herds dwindled, the only ponies left by 1977 were four mares in Lac La Croix First Nation in northwestern Ontario.

Since there were no stallions left, the mares were later bred with a registered Spanish mustang (Smokey SMR 169) in Minnesota. It launched a breeding effort that continues today.

The Ojibwa bred the Lac La Croix pony as winter transportation. The ponies ran trap lines, hauled loads and pulled sleighs. In exchange, they received shelter and fodder, as well as protection from wolves and other predators. In the spring, the horses were turned loose to fend for themselves until winter came again.

Today, this all-purpose breed is used in equine-assisted therapy, equine-assisted learning and tourism. Many of these initiatives are designed to reconnect young people with their Indigenous heritage. Training and caring for horses allows young people to explore the traditions and experiences of their people, while building confidence, resilience and strength. One such program, Grey Raven Ranch in Seine River First Nation, is located on the Lac La Croix pony’s ancestral habitat.

Horses became less useful as the internal combustion engine — used in snowmobiles, cars and other motorized equipment — became more common. The connection between humans and the Lac La Croix pony was somewhat severed, and the herds subsequently dwindled.

However, it was more than industrialization that depopulated the herds. In the 1940s, the herd kept at Bois Forte Indian Reserve in northern Minnesota was rounded up and destroyed on the advice of missionaries.This made the breed extinct in the United States.

North of Lake Superior, a small herd still roamed free in the wilderness surrounding Lac La Croix First Nation. This remote community was the last to maintain its partnership with the horses.

Each spring before the ice melted, members of Lac La Croix First Nation herded the horses across the lake to Pony Island. There, they could foal and breed and forage, safe from predators. Each winter, the horses returned to the community.

Over time, the herd shrank. Researcher Lester Bower accidently shot a male foal in the 1960s, leaving the dwindling herd with six ponies and an old stallion that could not breed.

By 1977, Canadian health officials had reportedly deemed the four remaining mares a health risk and announced plans to destroy them. Before health officials could carry out their plan, five men from Bois Forte and Lac La Croix rescued the mares. They loaded them onto a trailer and drove them across the frozen lake to the Minnesota reserve.

Rare Breeds Canada officially recognized the Lac La Croix Indigenous pony in the 1990s. The first breeding group, a stallion and three mares, returned to Canada in 1993. Two more breeding groups were repatriated by the end of the decade.

Dedicated breeders have slowly rebuilt the population to about 150. The horses live on ranches, farms and breeding sanctuaries in Ontario, Saskatchewan and Alberta, and in parts of the United States.

Breeders give the foals Indigenous names, such as Keokuk and Nimkii, to honour the Lac La Croix pony’s deep historical and cultural significance to First Nations peoples.