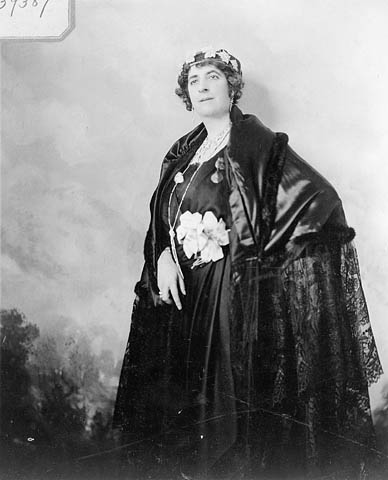 Marie Evelyn Byng (née Moreton) was the only child of Sir Richard Charles Reynolds-Moreton, assistant marshal of ceremonies to Queen Victoria, and Janie Ralli, the Greek-born daughter of the co-founder of the Ralli Brothers Indian merchant trading company. She was known as Evelyn, named after her father’s younger sister. She was educated at home by a series of governesses who taught her French and German. However, she later observed that “the education they gave in no way fitted one to meet the chances and changes of life.”

In 1878, Evelyn travelled with her parents to Canada as part of the household of governor general Lord Lorne and his wife, Princess Louise, a daughter of Queen Victoria. Her father served as the comptroller of Rideau Hall, and her mother was a lady-in-waiting to Louise. The family resided at Rideau Hall and the Citadelle of Québec for about one year in 1878/1879. Louise nicknamed the young Evelyn “little seal” for her appearance in her sealskin winter coat. Evelyn recalled tobogganing on the toboggan run installed by the previous governor general, Lord Dufferin, and having her lessons at Rideau Cottage with the children of Lorne’s private secretary. “[I was] just old enough to realize, without knowing why, that Mr. Wilfrid Laurier and Mr. John A. Macdonald were important people, so I felt proud when they spoke to me,” she later wrote. 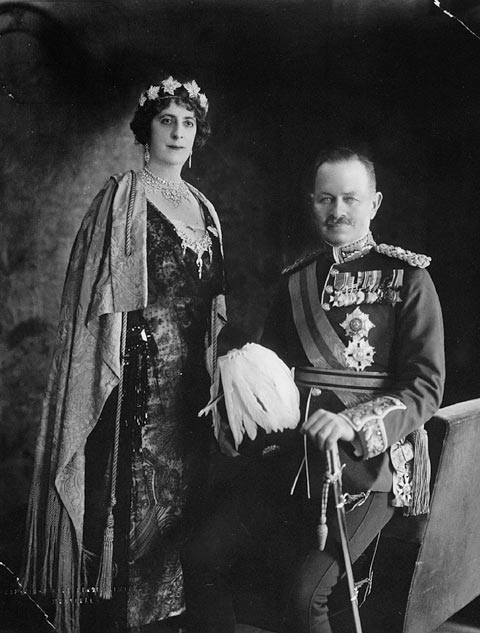 After the Moreton family returned to Britain, Evelyn’s mother became a lady-in-waiting to Louise’s sister-in-law, Princess Helena, Duchess of Albany. Evelyn became a close friend and, later, a lady-in-waiting to Helena’s daughter, the future viceregal consort of Canada, Princess Alice, Countess of Athlone. Evelyn travelled extensively, including a world cruise with her aunt Evelyn in 1887, and trained horses at her father’s country house.

Evelyn met her future husband, the Honourable Julian Byng, at a dinner party in 1897 and later wrote, “we fell in love at first sight though we didn’t marry until 1902, since the South African War intervened.” Lady Byng accompanied her new husband to his military postings in India, where she suffered a series of miscarriages that ended the couple’s hopes of becoming parents, and Egypt.

The Byngs were separated for extended periods during the First World War, when Byng was commander of the Canadian Corps from 1915 to 1917. Lady Byng converted their home into a 30-bed hospital for wounded soldiers in 1914 and made occasional visits to the Western Front as a lady-in-waiting to Princess Alice. The couple became Lord and Lady Byng of Vimy in 1919, when Byng was honoured for his leadership at the Battle of Vimy Ridge. They were known as Viscount and Viscountess Byng of Vimy from 1928.

Lady Byng was pleased with her husband’s appointment as governor general in 1921. “We were both delighted at the idea of Canada,” she later wrote. “For myself, the job gave me for the first time in our married life an opportunity of really sharing with [Byng] the responsibilities and work of his new task, because the wife of a Governor-General can do much to make or mar the regime.” In 1923, King George V asked Byng’s aide-de-camp, Georges Vanier, “Is Lady Byng popular?” Vanier, a future governor general himself, replied, “Yes, sir. One of her great assets is her knowledge of French,” which she spoke “like a Parisienne.” Lady Byng travelled extensively across Canada with her husband. In 1922, for example, she visited British Columbia and the Yukon, where she danced with surviving participants of the Gold Rush of 1898.

Did you know?
Lord and Lady Byng became national patrons of Canada’s Poppy Day in 1921, shortly after Byng was appointed governor general. The first “poppy day” in both Canada and Britain occurred on 11 November 1921. The Canadian Great War Veterans Association (a predecessor of the Royal Canadian Legion) decided to adopt the poppy as their symbol of remembrance that year and chose Jewish-Canadian philanthropist  Lillian Freiman to lead the campaign. Millions of the artificial flowers were distributed across Canada. Since 1925, the poppy campaign has been run by the Legion.


Visitors to Rideau Hall noted Lady Byng’s warmth and hospitality, as well as her strong personality. During the 1924 royal visit to Canada, Sir Alan “Tommy” Lascelles, assistant private secretary to the future King Edward VIII, observed that “[Lady Byng], though a queer, dominating creature, is interesting, and is being very gracious to me.” Lady Byng disliked Prime Minister William Lyon Mackenzie King because of his role in the King-Byng Affair and his harassment of her friend and lady-in-waiting, Eva Sandford. Mackenzie King described Lady Byng as “not a beauty at all, but a sensible woman.” Lady Byng described herself in her writings as “impatient, irritable, and often in a hurry,” and her household recalled her fierce temper and bursts of profanity away from the public eye.

Lady Byng undertook improvements to Rideau Hall, including new boilers, a gramophone, additional greenhouses and a rock garden that exists to the present day. She and her husband were keen gardeners, and the crimson ‘Lady Byng’ peony, developed by Canadian peony breeder Harry Norton, was named after her. After the couple returned to Britain at the end of Byng’s term in 1926, Lady Byng incorporated Canadian materials into the renovation of their Essex estate, Thorpe Hall, and planted Canadian maples, poplars, cedars and firs in the gardens. She returned to Canada with Byng in 1932 and toured Victoria, Calgary, Ottawa and Montreal. After the death of Byng in 1935, which left Lady Byng “heartbroken,” she represented him at the unveiling of the Vimy Ridge monument by King Edward VIII in 1936. 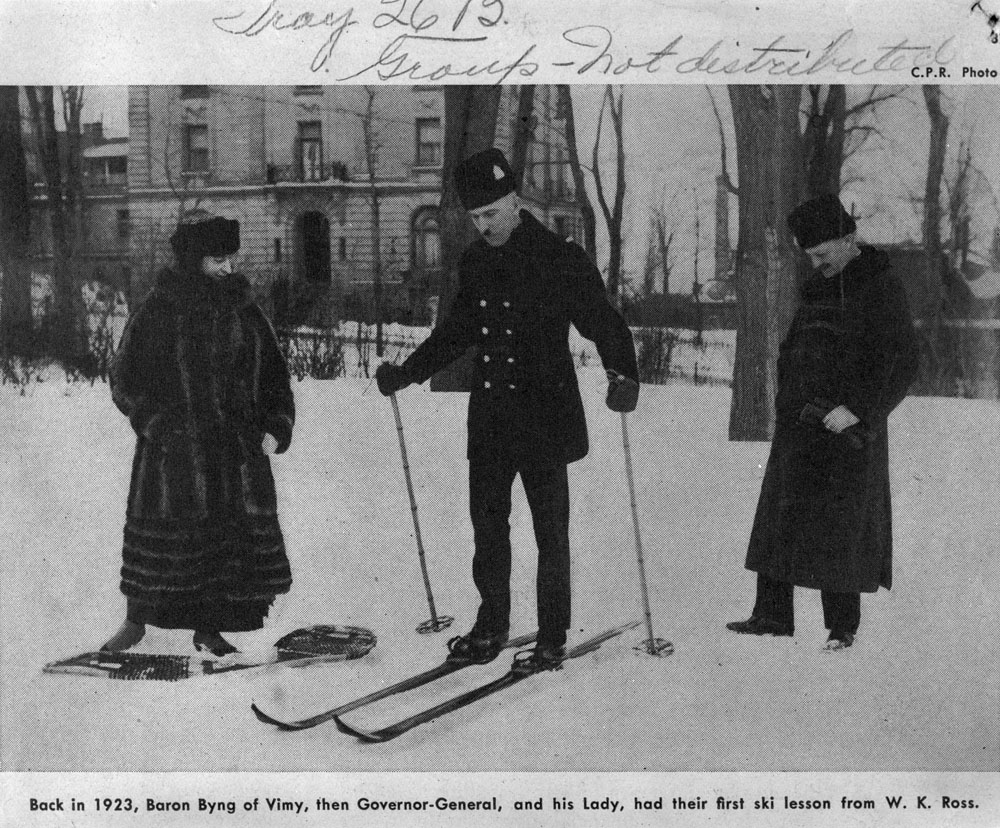 In 1923, Baron Byng of Vimy, then Governor-General of Canada, and his lady, had their first ski lesson from W.K. Ross. (courtesy Library and Archives Canada/PA-051594)

Lady Byng enjoyed attending hockey games during her time as viceregal consort and took skating lessons herself. In her book, Up the Stream of Time, she wrote about her love of hockey:

[W]oe betide any member of the staff who tried to make engagements for a Saturday night during the hockey season, when I regularly went to ‘root’ for the ‘Senators,’ with such fine players on the team as [Eddie] Gerard, [Frank] Nighbour [sic], the Bouchers [brothers Georges “Buck” and Frank], [King] Clancy and [Cy] Denneny, to name but a few in those long-past days, who gave me many happy evenings during our five years at Rideau Hall. The only blemish to that sport was the childish mentality among a section of the crowd which would vent its annoyance, on umpires or players, by showering the rink with rubbish, stopping the game and also — when coins were thrown — endangering players.


In 1925, Lady Byng invited Nighbor to Rideau Hall to inquire whether the NHL would be interested in a trophy for good sportsmanship. Nighbor supported the initiative and received the first Lady Byng Trophy later that year. The Lady Byng Trophy became an annual award that honoured “the player adjudged to have exhibited the best type of sportsmanship and gentlemanly conduct combined with a high standard of playing ability.”

Return to Canada and Books

Lady Byng spent the Second World War in Canada, where her childhood friend, Princess Alice, Countess of Athlone, was viceregal consort from 1940 to 1946. Lady Byng resided in Ottawa, with extended visits to British Columbia during the winters. She worked in a consignment shop that raised money for the war effort.

In 1943, Lady Byng wrote “a series of light sketches about Canadian scenes which I had known and loved during my favourite sojourns in the great land of ‘Our Lady of the Snows.’” She later developed these into her book Up the Stream of Time. In addition to describing her own experiences in Canada, Lady Byng wrote extensively in the book about the development of Ottawa as a city over the course of her lifetime, concluding, “I have a feeling — also a hope — that no matter how much Ottawa may spread in size…throughout the ages that lie ahead it will still retain that friendly, homely atmosphere of the Canadian ‘small town.’” Lady Byng also wrote about her efforts to improve housing conditions in Canada and Britain and wrote that “ Montreal’s slums were in our time — and I believe still are — a blot on Canada’s wealthiest city.”

In addition to Up the Stream of Time, Lady Byng was the author of several novels, including Barriers and Anne of the Marshland. She returned to Britain in 1945 and died in 1949. 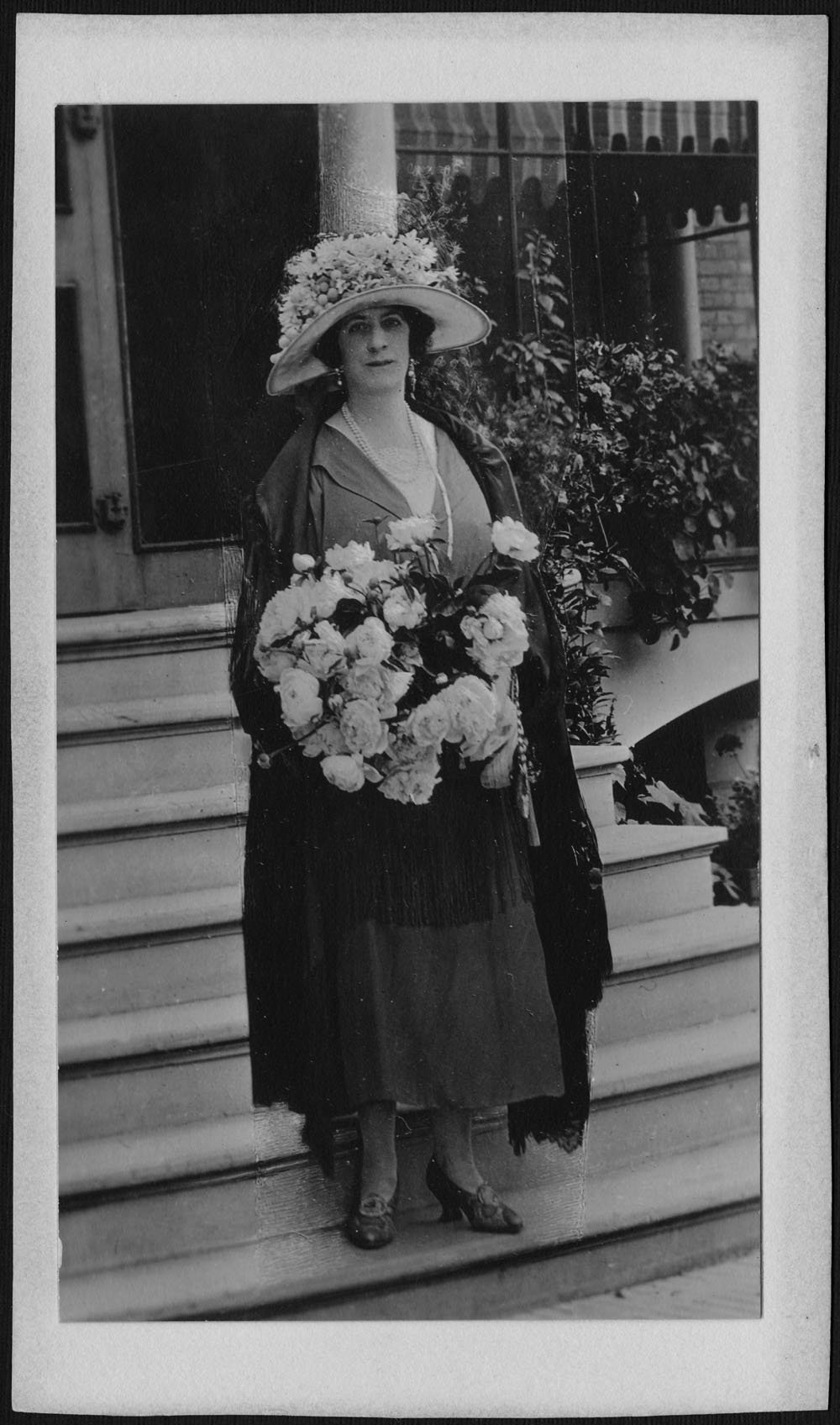