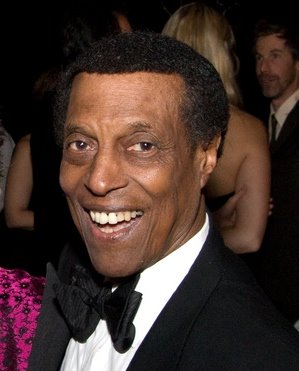 The son of a postal worker, Bibb grew up in Louisville, Kentucky, during the height of segregation. "I never had a conversation with a white person" until age 19, he recalled in 2011. He began singing in church at age four and was a featured soloist in the glee club at Louisville Municipal College. After college he joined the US Army Air Forces and trained briefly with the famed Tuskegee Airmen, an African-American pilot group that flew during the Second World War; however, he was diagnosed with rheumatic heart disease and discharged. (See also Allan Bundy.)

Inspired by Paul Robeson — who later became a close friend and the godfather of his children — Bibb was classically trained as a baritone in New York and began his career on Broadway. He appeared with Ethel Merman in the original production of Annie Get Your Gun in 1946 and played Jim in Livin’ the Life, a musical adaptation of Mark Twain’s Huckleberry Finn. He also performed regularly at the American Negro Theatre in Harlem, where he became good friends with singer and actor Harry Belafonte.

Like Robeson and Belafonte, Bibb was blacklisted during the McCarthy witch hunts of the 1950s. As a result, he performed as an actor and singer for several years under the alias Lee Charles. He also drew on his gospel roots and reinvented himself as a folk singer. He became a prominent figure in the folk music revival of the late-1950s and early-1960s, playing regularly in Greenwich Village and San Francisco and appearing at the inaugural Newport Folk Festival in 1959.

Bibb was an active and high-profile figure in the civil rights movement of the 1950s and 1960s. In 1955, he took part in a benefit concert to commemorate Emmett Till, a 14-year-old Chicago boy who was brutally murdered while visiting relatives in Mississippi. He participated in voter registration drives in the American South, and performed at the famous March on Washington in 1963 and the Selma-to-Montgomery March in 1965, where he sang with Mary Travers, Belafonte, Joan Baez and Oscar Brand.

By that time he had become a popular guest on television variety programs such as The Tonight Show, The Merv Griffin Show and Hootenanny. He performed live on The Ed Sullivan Show numerous times between 1959 and 1965, and made ten LPs as a recording artist with the Vanguard, Columbia, Washington, and Liberty labels, including five between 1959 and 1961. He earned praised from Billboard magazine as “a sensitive and talented interpreter” who sang “with great spirit and gusto.”

In 1964, Bibb completed a ten-week tour of Europe and a 12-show tour of the Soviet Union. In 1967, he was nominated for a Tony Award for Best Featured Actor in a Musical for his performance opposite Cicely Tyson and James Earl Jones in A Hand Is On the Gate. In 1968, he hosted the variety show Someone New, which he had pitched to New York City’s NBC affiliate. His guests on the program included a young Barry Manilow and a teenaged Yo-Yo Ma. Bibb made his big screen debut opposite fellow American Negro Theatre alum Sidney Poitier in For Love of Ivy (1968), and appeared with Poitier again in The Lost Man (1970).

In 1968, Bibb visited Vancouver as the opening act for comedian Bill Cosby. He fell in love with the city and moved there about two years later following the end of his first marriage. As he told broadcaster Holger Petersen, “I drove across the country from New York with my furniture in a big van and got to the border and thought that I could just come on in to Canada: ‘Here I am!’”

Bibb played a central role in the development of theatre in Vancouver. In 1972–73, he co-produced and appeared with Ann Mortifee in Jacques Brel is Alive and Well and Living in Paris at the Arts Club Theatre. It sold 40,000 tickets and was described by the Globe and Mail in 2015 as “a landmark event in the establishment of live theatre in Vancouver.” Bibb performed on The Wayne & Shuster Comedy Special in 1971, and toured Canada between 1976 and 1978 in the revue We Three with singer Gail Nelson and pianist Stan Keen. During this period he also gave the first of several pop concerts with the Vancouver Symphony Orchestra.

Bibb’s first solo show in Vancouver, featuring him in a history of the blues, was presented at the Orpheum Theatre in 1977 and adapted as “The Candyman” for a CBC TV Superspecial in 1978. A second Superspecial, “Gospel and Mister Candyman,” followed in 1979. His One More Stop on the Freedom Train, a gospel musical about the underground railroad, was premiered in Toronto in 1984 by Black Theatre Canada and toured Ontario in 1985. It was later mounted in Vancouver at Expo 86 and at the Firehall Theatre.

Bibb co-starred again in Jacques Brel in 1986–87 and toured Canada in 1987 in the play I'm Not Rappaport. He directed a production of the musical drama Lady Day at Emerson's Bar and Grill at the Arts Club Theatre in 1989, and sang regularly at the annual Vancouver Folk Music Festival. In 1992, he founded A Step Ahead, an anti-racism and anti-bullying theatre program for elementary and secondary school students that has been presented throughout British Columbia and Canada. He also recorded two albums — A Family Affair (2002) and Praising Peace: A Tribute to Paul Robeson (2006) — with his son, Eric Bibb, a Grammy Award-nominated blues musician.

Leon Bibb’s final performance was at Government House in Victoria as part of Black History Month in February 2014. He died in Vancouver at age 93 following several strokes. A sold-out memorial concert, Leon Bibb: A Celebration of Life, was held at the Arts Club Theatre on 10 January 2016.