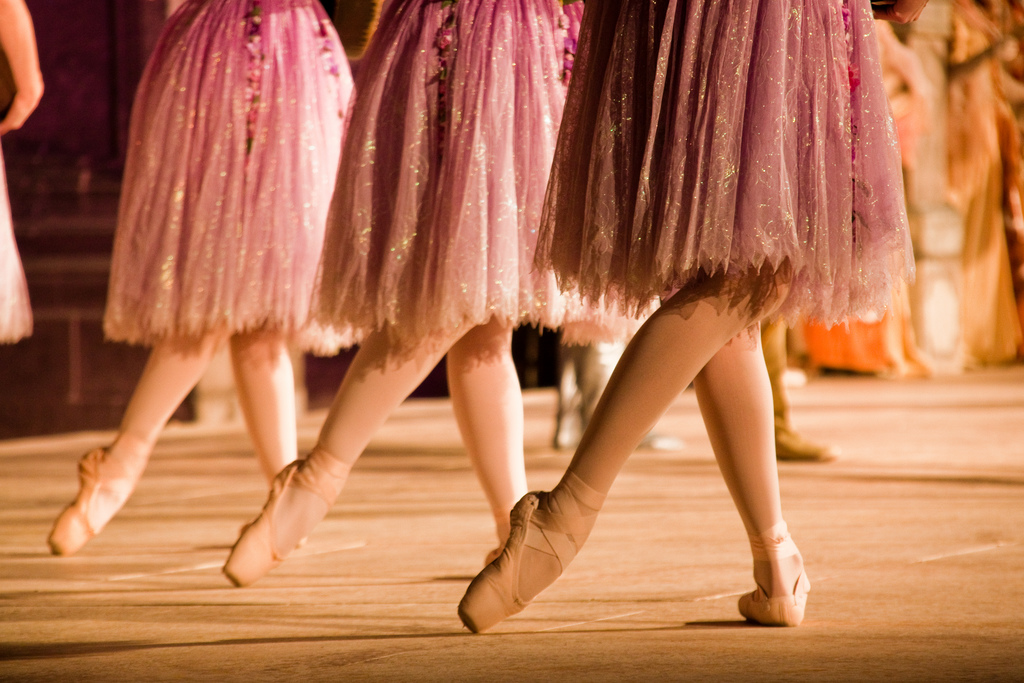 The company was founded by Ludmilla Chiriaeff in 1958 as a troupe of 16 dancers. It evolved from Chiriaeff’s earlier dance activities in Montréal, where she had settled after emigrating from Europe in 1952. Her first ballets were created for the acclaimed Radio-Canada TV program L'Heure du concert. Her company, Les Ballets Chiriaeff, began giving live public performances in 1954, despite opposition from the conservative Catholic Church in Québec, whose priesthood viewed ballet as immoral. Chiriaeff had established her first school in 1952 and, in 1958, the Académie des grands ballets canadiens was established to prepare dancers for the emerging company. In 1966, this organization evolved into l'École supérieure de danse du Québec to provide professional training for advanced students (see also Dance Education). After relinquishing her position as artistic director of the company in 1974, Chiriaeff directed the schools until ill-health forced her into retirement in 1992.

Brian Macdonald was artistic director of the company from 1974 to 1978. From 1978 to 1985, the company was directed by a committee made up of ballet mistress Linda Stearns, répétiteur Daniel Jackson and director general Colin McIntyre. McIntyre left in 1984 and from 1985 to 1987 Jeanne Renaud joined Stearns as co-artistic director. Renaud left in December 1987 and Stearns remained as sole artistic director. McIntyre returned as director general from March 1988 to August 1992. The respected American dancer and teacher Lawrence Rhodes was artistic director from August 1989 until late 1999, when he was succeeded by the Macedonian-born dancer, teacher and director Gradimir Pankov. Italian-born dancer-director Ivan Cavallari stepped into the role in 2017.

Throughout its existence, Les Grands Ballets (numbering 40 dancers as of 2017) has had a strong record of commissioning original works that are often choreographed, composed and designed by Canadians. In the early years, Chiriaeff choreographed many ballets. Since then, important contributions to the repertoire have been made by such Canadian choreographers as Fernand Nault, Brydon Paige, Brian Macdonald, Peter Quanz and James Kudelka, who was resident choreographer from 1984 to 1990.

From 1970 to 1972, the company acquired international renown with Nault’s popular dance adaptation of Tommy, the rock opera by the British rock group The Who. The company also accumulated a diverse repertoire representing the best in traditional and contemporary ballet and modern dance, performing works by such renowned choreographers as John Butler, Lar Lubovitch, Hans van Manen, Nacho Duato and Paul Taylor. It also built a notable collection of ballets by the Russo-American master George Balanchine and significant works revived from the era of the Diaghilev Ballets Russes, among them Petrouchka, La Chatte and L'Après-midi d'un faune.

For a period in the mid-1980s the company’s repertoire veered towards modern dance choreography, leading some critics to claim that the troupe was losing contact with its classical ballet roots. Since then, the company has reasserted its classical base. However, among Canada’s three big ballet troupes, it still projects the most progressive and experimental image.

With the arrival of Pankov as artistic director a new emphasis was placed on full-length story ballets, such as Didy Veldman’s Carmen (2000), Kim Brandstrup’s commissioned work, The Queen of Spades (2001), and Jean-Christophe Maillot’s Romeo and Juliet (2004). By updating or treating familiar themes with a distinctly contemporary sensibility and modern staging technology, these ballets helped Les Grands Ballets win new and younger audiences. Les Grands Ballets was the first Canadian company to perform the acclaimed work of Mats Ek of Sweden and has continued to perform the works of Czech choreographer Jiri Kylian.

The company has toured extensively throughout Canada, the United States, Europe, the Middle East, Latin and South America, and Asia. In 1984, it was the first Canadian ballet company invited to perform in China.

Under Pankov, Les Grands Ballets has shown a commitment to the works of international, mainly Europeancontemporary choreographers such as Kim Brandstrup of Denmark, Stijn Celis, of Belgium, Mauro Bigonzetti of Italy and Nacho Duato of Spain. Under Pankov, works by Israel’s Ohad Naharin, particularly his Minus One, became very popular.

Pankov focused increasingly on making the company, not individual dancers, the stars of the shows while introducing young choreographers such as Peter Quanz and Germany’s Stephen Thoss. He also invited outstanding mature international companies like the classical Houston Ballet (US), the Ukrainian National Ballet, the Shanghai Ballet (China) and neoclassical groups like the Eifman Ballet Theatre (Russia) and contemporary Cloud Gate Dance (Taiwan).

Having held his post for 18 years, longer than any previous artistic director, Pankov was named artistic director emeritus after retiring. By coincidence, the company move, a project nurtured and planned for a decade, came to fruition at the same time. In July 2017, it moved to a $34.2 million, state-of-the-art home in the heart of Montreal’s theatre district, the Quartier des Spectacles.

The move helped to celebrate Les Grands Ballets Canadiens de Montréal’s 60th anniversary in 2017. The company now shares a $99.2 million fully-renovated downtown building, Édifice Wilder – Espace Danse, with other leading Montreal dance institutions: Agora de la danse, Tangente and École de danse contemporaine de Montréal. With 80,000 square feet of its own, Les Grands Ballets has seven studios, expanded production and artistic areas, an atrium for receptions and events, a café and a restaurant. Expanded space also allowed for the creation of a recreation department, Les Studios, where adult classes in a variety of dance styles and movement forms, such as yoga and Essentrics, are taught daily by company members, former dancers, teachers and therapists.

As well, the new space houses another division of Les Grands Ballets, the National Centre for Dance Therapy. Founded in 2013, the centre is a research, training and therapy facility dedicated to improving well-being through dance. Parkinson’s patients and autistic persons are among those helped.