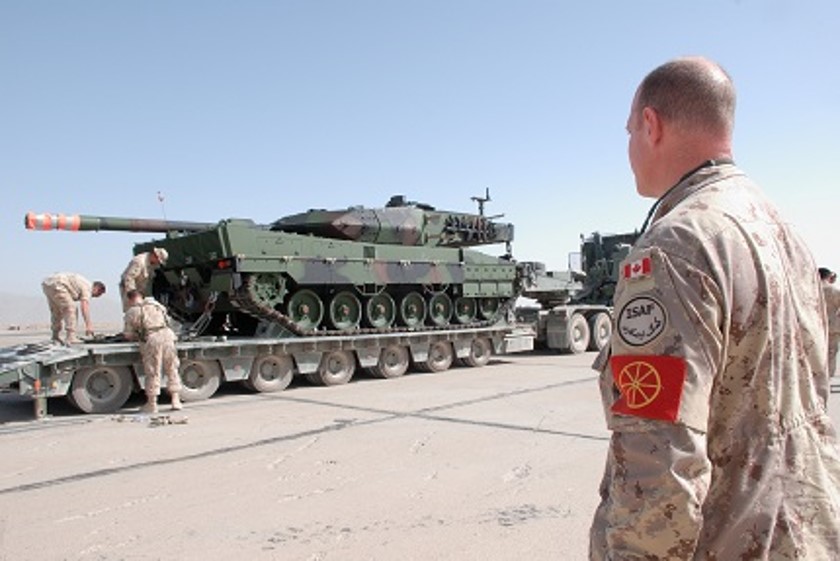 The Boer War (or Second South African War) was fought between Britain (and its colonies and Dominions) and the Afrikaner republics of Transvaal and the Orange Free State from 1899 to 1902. In December 1899, the Boers inflicted a series of defeats on the British. An important factor was the mobility of the Boer commandos, many of whom were on horseback and were therefore highly mobile.

Lord Strathcona, a wealthy Scottish Canadian, was concerned by these losses. He realized the hard-riding cowboys and frontiersmen he had seen in Western Canada would be better on the vast South African veldt than foot soldiers.

In January 1900, he made a formal offer to the British government to raise and equip at his expense a mounted regiment, recruited in Western Canada. His offer was quickly accepted. Strathcona’s Horse arrived in South Africa in April 1900, where it was often used for scouting ahead of the British Army.

The Strathconas returned to Canada in March 1901 and were disbanded. In 1909, the regiment was reformed. It was designated Lord Strathcona’s Horse (Royal Canadians) in 1911.

Did you know?
On 5 July 1900, Corporal Arthur “Tappy” Richardson became the first member of a Canadian unit to earn the Victoria Cross (VC) when he rescued a comrade under enemy fire. 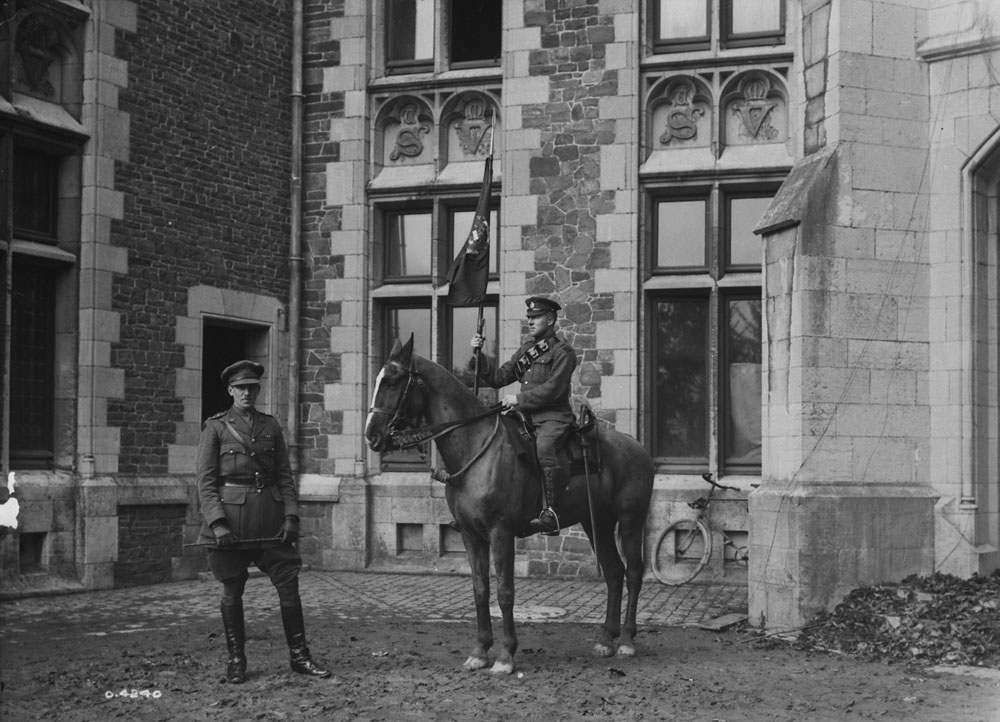 In September 1914, the Strathconas mobilized for war. (See First World War.) They sailed to England with the First Canadian Contingent in October. In May 1915, they went to France with the Canadian Cavalry Brigade and initially fought as infantry with 1st Canadian Division.

In early February 1916, the unit returned to its horses and the brigade joined the British Cavalry Corps. There were limited opportunities for mounted action, however, due to the static nature of trench warfare and the unsuitable terrain for horses between opposing forces on the Western Front. Mounted soldiers — and their horses — were also vulnerable to the firepower of modern weapons; the days of the mass cavalry charge were ending. On 27 March 1917, Lieutenant Frederick Harvey earned the Victoria Cross for single-handedly capturing a German machine-gun post.

On 30 March 1918, the Strathconas participated in one of history’s last great cavalry actions. At Moreuil Wood near Amiens, the Cavalry Brigade charged advancing German troops during the enemy’s spring offensive. Although the regiment suffered heavily, the charge stopped the German advance. Lieutenant Gordon Flowerdew received a posthumous VC for his actions in leading C Squadron.

The Battle of Amiens on 8 August marked the beginning of the period known as “Canada’s Hundred Days.” As the Germans retreated in the face of Allied advances, the Strathconas participated in several mounted attacks. In October, the regiment assisted in the capture of Le Cateau, its last action of the war.

After the war, the regiment returned to Canada, where its primary task was training militia cavalry units in the West. With the approach of war in Europe, the government began to consider armoured warfare. The Strathconas received a few light reconnaissance vehicles in 1936.

In September 1939, the Strathconas were placed on active service. (See Second World War.) They mobilized in July 1940 and became an armoured regiment.

After training at Camp Borden, Ontario, the Strathconas sailed to England in November 1941, where they trained in armoured warfare. The regiment sailed to Italy in December 1943 and fought as part of 5th Armoured Brigade, 5th Canadian Armoured Division, I Canadian Corps. (See Canada and the Italian Campaign.)

On 24 May 1944, during the operation to breach the Hitler Line, the regimental reconnaissance troop seized a bridgehead across the Melfa River. The troop held it against repeated German counterattacks with the assistance of an infantry company.

Following additional battles in Italy, the regiment moved to northwest Europe with the rest of I Corps. There it participated in the liberation of the Netherlands in April 1945.

M4A3 Sherman tanks of B Squadron Lord Strathcona's Horse (Royal Canadians) grind up a trail from the Imjin River, Korea, 16 July 1952. B Squadron had just replaced C Squadron and taken over its tanks, which still bear C Squadron names.

After the Korean War broke out in June 1950, the Strathconas began three year-long squadron rotations between May 1951 and May 1954 in support of 25th Canadian Infantry Brigade. C, B and A Squadrons were equipped with Sherman tanks rented from the US Army and took part in several actions.

In 1951, Canada established a brigade for service in West Germany to support its NATO allies. (See Cold War.) The Strathconas provided an armoured squadron from 1953 to 1955 and a reconnaissance squadron from 1957 to 1959. After Canada increased its European contribution to NATO, the entire regiment served in Iserlohn from 1965–70.

Throughout their time in Germany, Strathconas were equipped with British Centurion tanks. The regiment was reestablished in Calgary in 1970 and moved to Edmonton in 1996.

The Strathconas contributed both reconnaissance and tank assets to the war in Afghanistan between 2002 and 2010. In 2002, reconnaissance squadron was part of a Canadian battle group during the American-led invasion. It returned for six months in 2004 as part of the International Security Assistance Force (ISAF).

In October 2006, B Squadron, equipped with Leopard C2 tanks, was the first of eight Strathconas tank squadrons to serve in Afghanistan. B Squadron’s deployment saw Canada’s first use of tanks in combat in more than 50 years. Various Leopard 2 models subsequently replaced the C2s.

The Strathconas have deployed on several domestic operations in response to national disasters and led army security for the 2010 Vancouver Olympic Winter Games. Internationally, Strathconas have provided soldiers to missions in Ukraine and the Middle East and led the NATO battle group in Latvia in 2020.

Mounted Troop: Since 1977, the Strathconas have supported a full-time mounted troop consisting of unit soldiers dressed in period uniforms. Every year, the troop performs a musical ride as well as demonstrations of military equestrian skills at several public events.