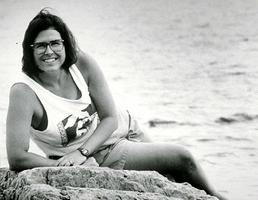 Marathon swimming takes place on open water for distances in excess of 1500 m; the events are either solo crossings of certain bodies of water or race competitions. Although both categories are extremely demanding, racers are usually more fit and athletic than solo swimmers because the racers are pushing themselves to win against other marathon swimmers, while solo swimmers may pace themselves and select the ideal conditions for their crossing attempts.

Most marathon swims are across established bodies of water such as channels, lakes or straits. The best known and most prestigious is the crossing of the English Channel, a distance of approximately 34 km. Marathon swimmers aim to win races or set records such as first crossing, fastest time, youngest or oldest swimmer, first double or triple crossing, or most crossings by the same person. Most are professionals and swim for the prize money available to winners or record breakers. Matthew Webb, the first person to swim the English Channel without the aid of a life jacket, tried to cross the rapids and whirlpool below Niagara Falls in 1883 but drowned in the attempt.

Canadian long-distance solo swimmers have been among the world's best. The first to draw public attention was Toronto's George Young. In January 1927 he won the first Catalina Swim (32 km). His feat stimulated an interest in long-distance swimming, and was responsible for the introduction of the Marathon Swim, a highlight of the Canadian National Exhibition in Toronto. In August 1927, the first "Professional Swim Championship of the World," for 21 miles (34 km), was staged at the CNE. Young did not win this event until 1931. In 1950, he was named the Canadian swimmer of the half century. The CNE world championship swims, at various distances, continued until 1937, then were cancelled owing to waning public interest. They were resumed in 1948, and by 1949 Cliff Lumsdon, of New Toronto, had emerged as an outstanding swimmer. He won the CNE men's world championship in 1949 and repeated this feat in 1950, 1952 and 1953. In 1955, he won the Marathon Swim of 32 mi (51.5 km), and was perhaps the finest swimmer of his day in the world.

Marilyn Bell, of Toronto, became a household name in 1954. In July she was the first woman to complete the 26-mile (42 km) Atlantic City, NJ, marathon race, and in September became the first person to complete the arduous 64 km crossing of windswept Lake Ontario. In 1955 she was the youngest person to swim the English Channel, and in 1956 crossed the dangerous Juan de Fuca Strait in record time. Bell was awarded the Lou Marsh Trophy in 1954 as Canada's outstanding athlete. Both Lumsdon and Bell were coached by Gus Ryder, founder and coach of the Lakeshore Swim Club of New Toronto.

In the 1970s, 2 Canadian swimmers dominated long-distance swimming. Cindy Nicholas, of Scarborough, Ontario, made a record crossing of Lake Ontario at age 16 in 1974, and one year later made her first of 19 English Channel crossings, setting a record for the crossing from France to England. In 1976 she was the women's world marathon-swimming champion, and in 1977 set the Channel round-trip speed record. By 1978, she had earned the title "Queen of the Channel" for the most crossings by a woman (6), and in 1979 she lowered her time for the 2-way crossing of the Channel. Loreen Passfield, of Etobicoke, Ont, was ranked the world's top woman marathon swimmer in both 1977 and 1978. In August 1987 Vicki Keith swam across Lake Ontario and back in 56 hours and in 1988 she completed crossings of all 5 Great Lakes to raise funds for charity.

Marathon swim racing is a more recent development in the world of long-distance swimming, and became important after WWII. The World Championships are sanctioned by FINA (the world swim sports governing body) and were first held in 1991. Other international professional races are held in all parts of the world, and most are sanctioned by FINA. The 2 principal Canadian events are La Traversée du Lac Memphremagog, held in Magog, Que., since the early 1950s, and La Traversée du Lac Saint-Jean, held in Roberval, Qué, since 1973. Marathon racers are professionals, and receive prize money for many of their events. However, the World Championships, sponsored by FINA, are amateur events, and no prize money is awarded.