"Well, that’s where we had most of our casualties; on that third day at that time. And that’s when that German General let his troops kill [soldiers of the Royal] Winnipeg Rifles. "

"Well, that’s where we had most of our casualties; on that third day at that time. And that’s when that German General let his troops kill [soldiers of the Royal] Winnipeg Rifles. " See below for Mr. Couture's entire testimony. Please be advised that Memory Project primary sources may deal with personal testimony that reflect the speaker’s recollections and interpretations of events. Individual testimony does not necessarily reflect the views of the Memory Project and Historica Canada. 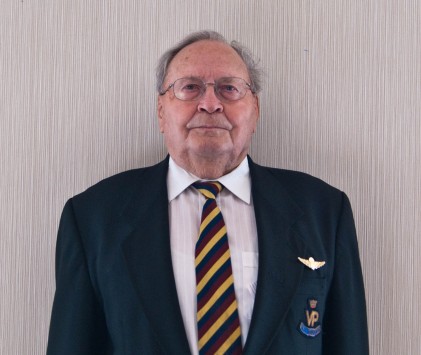 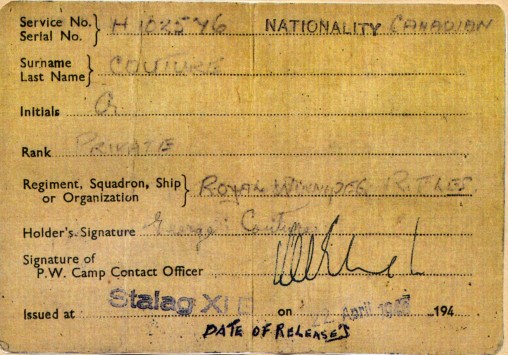 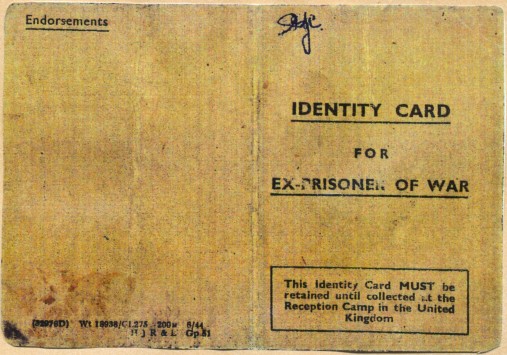 [With the Royal Winnipeg Rifles in Normandy]

The hardest part was to come when the Germans brought up their armour on a certain day. And that’s when we lost most of our casualties. And that’s when I got wounded and captured, on the 8th of June. We were put in an orchard. And an orchard’s a bad place to put men. They have what they call a drainage ditch, to bring the water in to water the trees and stuff. And what they told us to get in this ditch and dig into position, and the Germans were in that area, facing us. Only the Germans were on the far end. That’s when they came up, they got one end of the... start shooting right down the middle. And their armour was much better than ours, I have to say, nowadays, because... it took 25 pounds [the Ordnance QF 25 Pounder, a quick-firing gun] of the heavy guns to keep them back. Well, that’s where we had most of our casualties; on that third day at that time. And that’s when that German General let his troops kill [soldiers of the Royal] Winnipeg Rifles. I was only about quarter of a mile from where that happened.

Me and one other fellow got out of this drainage ditch and managed to get over this five foot wall that’s to the back and get back to the artillery lines. Now this was towards evening, roughly I’d say about four or five o’clock. A certain Major and a Bren Gun Carrier came up [the Universal Carrier, a light armoured tracked vehicle], he had a lots of weapons and ammunition, and he had a driver and two other men with him. So he said okay boys, we’re going to go up to B Company lines, I know where it is. You guys have a bite to eat here. There’s German snipers all around in the trees; it was pretty dangerous that time. They were pretty good at this snipering stuff.

Anyway, we had a quick meal. Get in the car boys, me and this fellow, got in this side of me and two on the other. And the little driver and the Sergeant Major. So there was a tank-, a light tank battle going on to the left of us. The Germans had tried to push up at the light tank, and our guns blocked them out pretty good; they were smoking and guys running from the tanks, and the Sergeant Major was shooting with the Bren Gun [a British light machine gun] at them. He started going up to B Company lines, and knew where it is.

He never knew where he was going; he went right up onto the Caen railroad line and the highway. There was a big [...] I can’t explain exactly, but a curve in the road, and the railroad track was behind us. Unknown to us the Germans are dug in behind that railroad track; good spot. And right on that bend we come up with our carrier onto the thing, onto the highway. And as soon as we go up there the guns slung around, and the Sergeant Major said get out boys, bail out. And we never even had a chance; it just-, a shot come in. And lucky it was a solid shot. Took the tracks right off to the carrier; couldn’t move. And I’m jumping in the air and that’s all I remember, the explosion, it reloaded […] and set it right into the carrier and blew us all around.

I’d come to I was laying face-down on the right hand side. Two of the boys got blown over to the right side; Sergeant Major and the driver. Now this is a long story. Jack Chimaraki who I never knew, never met before, he had a big... His eyebrow was hanging down over his eye. He’s badly wounded in one hand, but... two of the boys are just knocked right out; they’re laying on the ground. And I had lost sight of the Sergeant Major; I don’t know where they went.

And the Germans from all over, from where they were dug in, and come over and shot the two guys that are badly wounded. Like made me hold them up. And they’re ready to shoot Jack, but I bandaged his eye up and he was okay, but... like he was walking but he was half unconscious. And me-, at first my eyes are plugged with mud and stuff, you know? And I’ll tell you one thing – and I’d seen it after-, during the war too – the first thing you think of when you’re hurt or under stress, your mother. I said to myself if I ever get out of this mother, I’ll never... I’ll never disobey you again and I’ll listen to you. And I’ve heard men when they’re dying, crying, you know, first thing, my mom, my mother.

[Captured by the Germans and death marches]

They brought us back to the lines, and they were well dug-in, well-, good position along that railroad. We stayed there for three weeks. Okay, this is June, this is July, just about the end of July. And our job was to go in and carry the dead and wounded out of their trenches. And all the time […] I think I’d seen more action after I was a prisoner of war than I did on the landing [during the Normandy invasion, June 6th 1944]. We were under bombs and shot from our own people. And from the Germans too.

And there, from Krakow [Poland], we were delivered at Lübeck [Germany], which is on the Baltic [in May 1945]. Roughly 1,200 miles. Roughly, I can’t say, because we zigzagged around. And all that kept us going was a little... We’d robbed the farmers’ fields. Hundreds of us going down the road. And over there the... what they can't put in the root cellars they put in the field and they cover with straw and a little mud. They do that in Manitoba too in some places. They keep it from freezing and that. Potatoes especially and... turnips, onion. Well, when we’d see a pile of this in the field, we’d head right for that and the Germans were hitting us, beating us, but when we left there wouldn’t be one potato in that field.

And the Germans surprised me. I just barely made it to that... See, the Germans, they had tractors. And they’d run it on the gas from the manure and stuff. And the women-, and they pulled a hay rack behind them, see. And the guards would ride on that hay rack maybe for ten miles, and then they’d change them out, and we all marched behind them, you see? Now the bad thing is that I just barely got to the place that were liberated. Because I ate some onions that were frostbitten. And everything just went through your body, just like a... I weighed 94 pounds when I was liberated. I barely made it.

But I was going to tell you – the Germans did one good thing to us after-, when we got to that prison camp […] they put us through the steam chambers. I thought-, heard about these gas chambers, you see? And you hear the steam hissing and all that. Oh, we were scared. We were lousy and dirty and they gave us some new clothes. And that was three days at that prison camp. The third morning, we woke up, there’s nobody. No guards, no nothing. Gone.

And a big English tank come crashing through the barbed wire. British Sixth Armoured [the British 6th Guards Tank Brigade]. And he had white bread, and we ate-, the Germans gave us one piece of black bread a day, and turnip soup and stuff like that. And this bread that he through to us was like cake. We just ate it up. And of course a lot of guys got sick and... And then what goes through your mind when there’s no guards around. You figure what’s going to happen to us. Figuring I was going to go hide underneath the building, because you’re scared maybe the civilians would come and shoot you or... you see. It was good to see those British guys come. 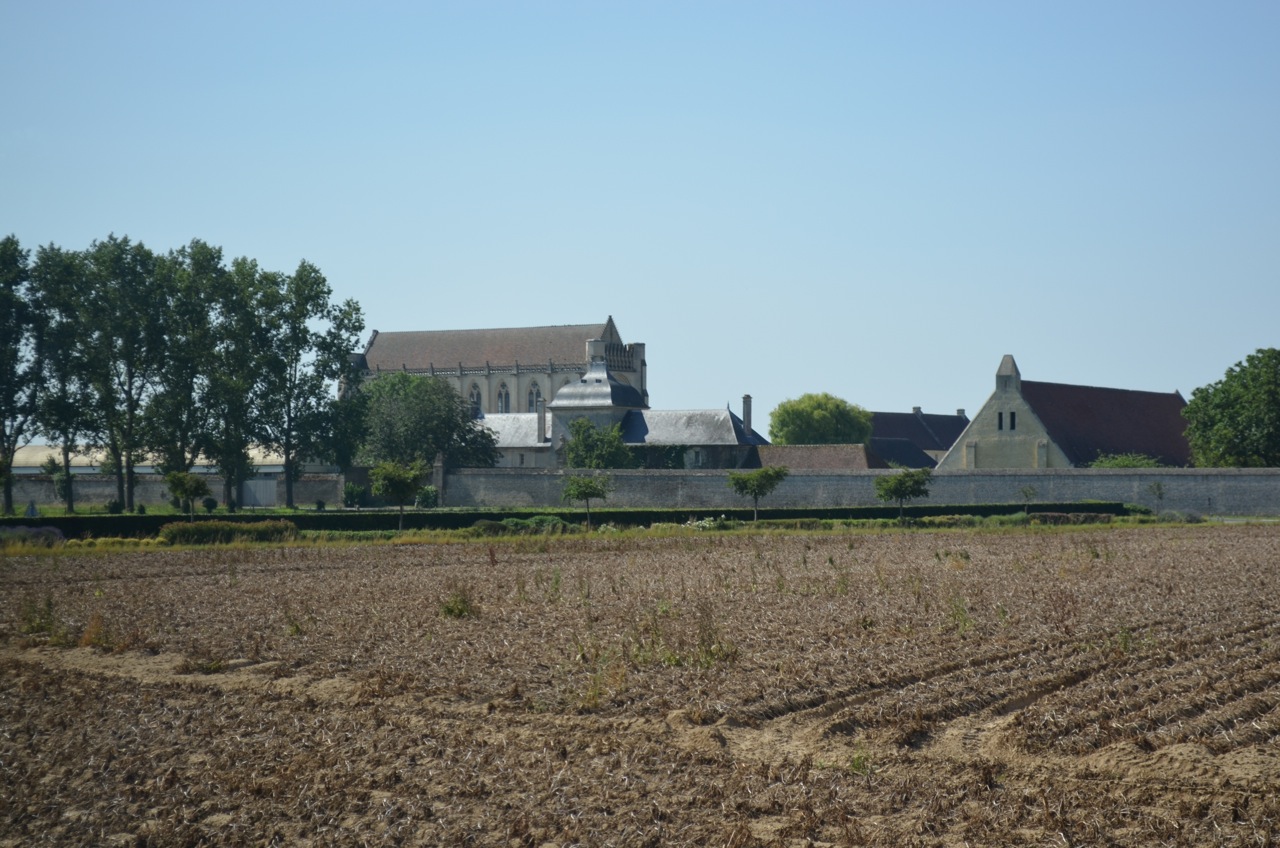