"When I advanced, I could hear the Germans speaking. We had advanced too quickly and we were forced to hide in the woods. We stayed there for two days and one night. We couldn’t move at all."

"When I advanced, I could hear the Germans speaking. We had advanced too quickly and we were forced to hide in the woods. We stayed there for two days and one night. We couldn’t move at all." See below for Mr. Blanchard's entire testimony. Please be advised that Memory Project primary sources may deal with personal testimony that reflect the speaker’s recollections and interpretations of events. Individual testimony does not necessarily reflect the views of the Memory Project and Historica Canada. 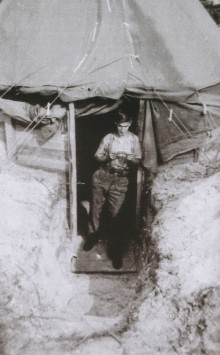 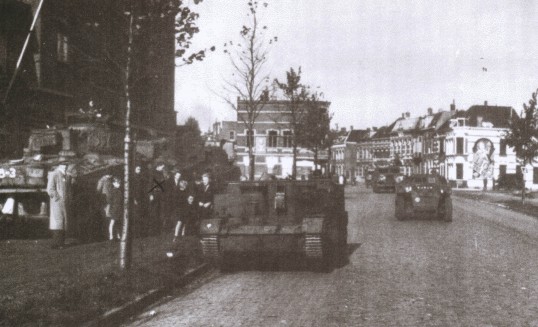 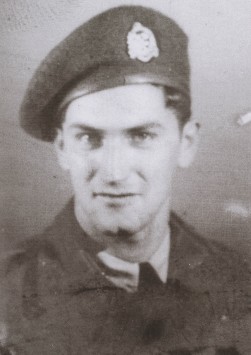 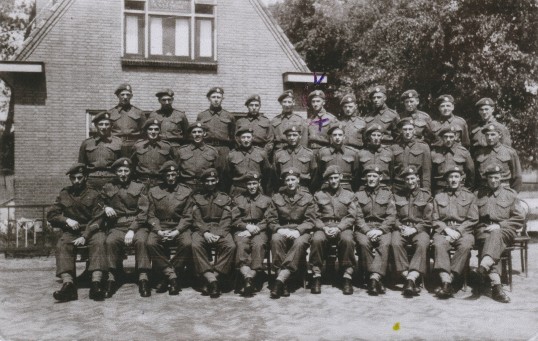 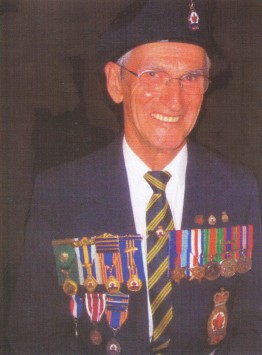 That Sunday, before going to Normandy [as part of the Allied D-Day landings of June 6, 1944], they took the Catholics to church on Sunday morning. There was a French chaplain. They conducted mass for the 4thDivision [4th Canadian (Armoured) Division]. I thought I recognized a soldier. I said to him: “Are you Roméo Landry, from Grande-Anse [New Brunswick]? Do you know where we’re going? You know that it’s not going to be a picnic? Within a week, we’ll be sailing to Normandy.” When we arrived in Normandy, near Caen, I saw Landry again since he was part of the 4thDivision. I went to speak to him. There was another guy with him that I didn’t recognize. He introduced us. I told him that if I died on the battlefield, I wanted him to tell my parents. He accepted and I confirmed that I would do the same for him. If ever he was killed, I would give the news to his parents since I knew them.

When we arrived in a town that we had just liberated, we were warmly welcomed by the French people. They came out to see us, they assembled in masses in the streets. They were very happy that we had liberated them. They gave us bottles of French wine. Sometimes we drank too much.

Each regimental platoon had eight machine guns [Vickers Machine Guns]. They were big machine guns. We used them to attack the Germans. That’s how we liberated Holland in 1944 [during the Northwest Europe Campaign of 1944-1945].

It was hard. We were taken prisoner. We had three tanks up ahead but we advanced too quickly with our platoon. I was ahead of the platoon. I had a tough job. When I advanced, I could hear the Germans speaking. We had advanced too quickly and we were forced to hide in the woods. We stayed there for two days and one night. We couldn’t move at all. We would have needed aerial support to get us out of there, to bomb the Germans. Many of the men were shell-shocked. They had to leave. They never came back to the battlefield. Some of them I knew. One was a guy from where I lived. He remained shell-shocked his entire life. He passed away five years ago. He was lost, he would yell.

We got used to being bombed by the shells. When he heard the whistling of the shells, we knew approximately where they would land. We called them the “Moaning Minnie” [German Nebelwerfer]; the shells would wake us up if we were sleeping. Often, we couldn’t sleep during the night. We spent nine months sleeping outside in the trenches. We were lucky, since it didn’t rain a lot that year. There was hardly any snow either. There was maybe a bit of snow in Holland around the holidays. There was a cease-fire on Christmas Day [1944] but the Germans started firing again before Christmas was over so we were obliged to come out as well.

We were like the baby Jesus, we slept in a manger. We were in a barn. That’s where we ate our Christmas meal. We had chicken for dinner with a small glass of spirits, dark rum, and two cigars. I wasn’t a smoker but I smoked them anyway.

I spent my first Christmas in Goose Bay [Labrador]. I spent my second Christmas in England. I spent my third Christmas in Holland [1944]. It was wearisome since we knew that it was Christmas. Our wives and families knew that we were on the battlefield. It worried them. We were with the other soldiers on the battlefield, we had to stick together. The soldiers in those days, young soldiers like me, hadn’t received an education. A lot of them didn’t know how to read or write. They would receive letters from their parents and they weren’t able to read them. They sought me out since I knew how to read and write a bit. I would write back to their parents for them. That’s how it worked on the battlefields.