"I made it a point to be very active and help in the children of both in Holland and in Germany, because kids had nothing to do with the war and they need help and kids were my prime factor in helping."

"I made it a point to be very active and help in the children of both in Holland and in Germany, because kids had nothing to do with the war and they need help and kids were my prime factor in helping." See below for Mr. Heron's entire testimony. Please be advised that Memory Project primary sources may deal with personal testimony that reflect the speaker’s recollections and interpretations of events. Individual testimony does not necessarily reflect the views of the Memory Project and Historica Canada. 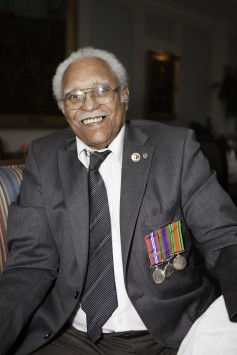 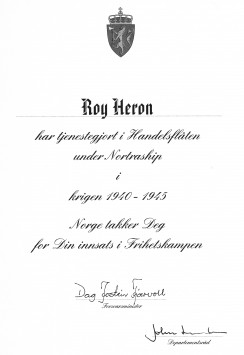 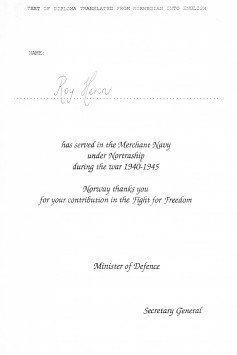 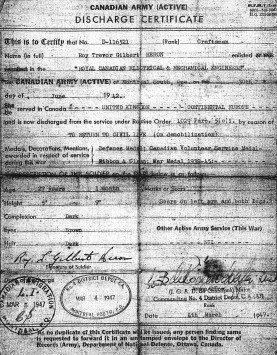 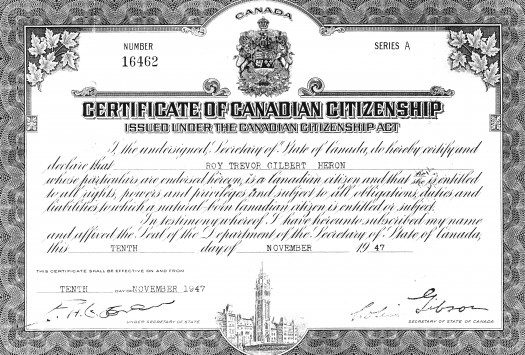 I left the Norwegian Merchant Navy in 1942 and came and joined the Canadian army. Well, I joined in Montreal and I went to St. Jean, where I did my basic. Then to Kingston, Ontario, where I went to the Signal Corps. And from the Signal Corps, to exchange, to REME—Royal Canadian Electrical and Mechanical Engineers. That’s what I wound up in. And that’s when I shipped overseas.

I learned how to fix radios, telephones, done Morse code. This is the things I learned. And this is why I was a technician instead of an operator, dealing with communication. I fix radios, the telephones and other electrical equipment because there’s so many things we didn’t know, fixing things in the tanks, in the vehicles and other things like that. And that got me a chance to get around and meet people and everything like that. So it was quite enjoyable.

And eventually, when I was in England, they made me become a movie operator, dealing with shows pertaining to different things dealing with the military. And so I was the, what we call auxiliary as they can call it. And dealing with certain form of entertainment, a lot of things that we created for the army.

Now, to have entertainment, it helped break the tension when you’re fellows in the army and everything like that. Because the music and the shows and everything like that, they relax and everything and we created dances for them and many other things so they could relax. It was so long ago, I’ve a very vague idea of what they were like. I couldn’t remember any particular one. I know we covered so many things dealing with, with the war and also fighting and other things like that that created there. So it, we show both entertainment and the military aspects of the army. And purpose, what soldiers should be doing and how they should look after themselves.

Wherever I went, I picked up basic language of the country. Like in Germany, I picked up a certain amount of language in German and things like that. So I could say “hello” to a person, “thank you” and so forth like that and this is what I did wherever I went, I pick up certain basics of a language, so I could say “thank you,” “goodnight” or “goodbye” and different things like that.

I made it a point to be very active and help in the children of both in Holland and in Germany, because kids had nothing to do with the war and they need help and kids were my prime factor in helping. I had different games, different things I show them and also I gave them stuff and all the thing like that. And different things pertaining to how you should do things and how you should create things and everything like that. I’d set up like a little expo type of thing to show the kids what can be done and what can’t be done and also, many of those kids, I mean, I used to get my army rations and give them some cookies and chocolates and many other things, because I loved to just assimilate with them. And through that, I got to know many families and we correspond with so many families still today.

When I took my examination for the army, I got a very high score and I was subject to become an officer, but somehow, it never worked out. But it never worried me at all. I just went through and did a job I had to do because I know I’m helping this country to achieve a goal and get rid of Nazism and Fascism. And that was my chief purpose of quitting the Norwegian Merchant Marine and joining the army. And I went to the Signal Corps because the Signal Corps is the root of an army. Because there is the one who corresponds and keep the army moving, which way and back and forth. And I can say I enjoyed my life in the Canadian Army, I had no problems at all to speak of, really, I had no really problems to speak of.