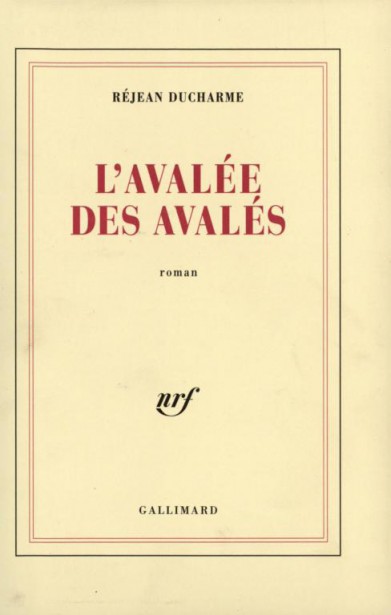 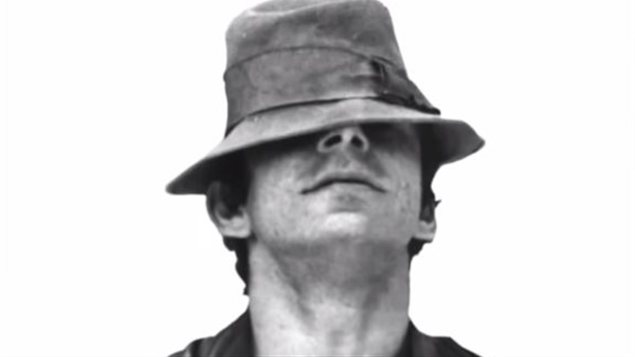 Réjean Ducharme studied at the Clerics of St. Viator, in Joliette, and then at the École polytechnique de Montréal, which he left after one year. He joined the Canadian Air Force and began writing manuscripts while visiting the Arctic. Only two old photos of him exist on the internet, and only a handful of artists can boast of having met him. Since the very beginning of his career, Réjean Ducharme chose not to appear at his book launches, at the premieres of his plays and, least of all, at awards ceremonies.

He is said to have lived in west central Montréal. His address was published, but journalists and fellow writers seemed to agree to preserve his anonymity. Early on in his career, some people maintained that he did not pay taxes, that no one had ever seen him, that he did not exist, and, before long, rumours of literary fraud circulated. Others went so far as to say that he was actually another author. Interviews with Ducharme were published In the 1960s, but none revealed any important information about him — only that he wished to remain anonymous and that he lived an ordinary life. His wife acted as his agent, handling his affairs and shielding him from public life.

Réjean Ducharme’s first novel, L’Avalée des avalés (1966; tr. The Swallower Swallowed, 1968), published in Paris, won the Governor General’s Literary Award and caused a stir that was only intensified by his determination to remain anonymous. The 24-year-old was completely unknown to the public and to the literary world when Gallimard decided to publish his book (the manuscript had been rejected in Québec). The novel presents the internal monologue of a young girl, Bérénice, who rejects the adult world and traditional values and who hates her parents, who in turn hate themselves. She has so much love within her that she feels betrayed by society and sees this love turn into constant hate.

In his books, Réjean Ducharme invented several neologisms, including adulterie, which refers to the typical adult behaviour Bérénice so despises. According to the young girl, “all that isolates, liberates,” and the passage from childhood to adolescence to adulthood is merely a long process of disillusionment: “We’d like to be as thirsty as the river is full of water. But we drink one glass of water and aren’t thirsty anymore.” The novel was acclaimed by some and detested by others who found it incomprehensible, chaotic and even violent, vulgar and racist in some respects. It nevertheless made the shortlist for the prestigious Prix Goncourt.

Ducharme’s protagonists are often fiercely individualistic adolescents who quest for knowledge and love in a world they see as limiting and hypocritical. Le nez qui voque (1967; tr. Miss Take, 2011) is the journal of a teenage boy who has made a suicide pact with his girlfriend to avoid the compromises of adult life. In L'Océantume (1968), two young girls turn from the adult world to journey together to the sea. Ducharme also wrote L’hiver de force (1973; tr. Wild to Mild, 1980), a nihilistic commentary on consumer society, as well as Va savoir (1994; tr. Go Figure, 2003) and Gros Mots (1999).

Although a central focus of his fiction is the inability of language to adequately capture the complexity of human experience, Ducharme’s works display a delightful and demanding linguistic virtuosity. His plays Prenez-nous et aimez-nous (1968; revised and published in 1976 under the title Inès Pérée et Inat Tendu) and Le Marquis qui perdit (1969) treat similar themes to those in his novels and also feature elaborate wordplay that provokes interpretation and confounds meaning. HA ha!... (1982; tr. Ha! Ha!, 1986), a play about four people sharing an apartment, earned him the Governor General's Award for French-language drama.

Réjean Ducharme also anonymously wrote the lyrics to several of Robert Charlebois’s songs at the height of the singer’s career, including J’veux d’l’amour, J’t’haïs and Mon pays.

At the dawn of the ​1980 Québec Referendum, having become adept at portraying Québec society and its pain, Ducharme watched Francis Mankiewicz’s film Le temps d’une chasse (1972). He then decided to entrust a script he wrote to the director, and, with the help of Michel Brault’s magnificent cinematography, the film Les bons débarras (1979) was released. The film made a mark on Québec thanks to the skillful direction of the actors and to Réjean Ducharme’s raw writing. The young Charlotte Laurier amazed audiences when she recited his disconcerting lines. Les bons débarras became a critical favourite and is still considered a masterpiece of both Québécois and Canadian cinema (see ​Top 10 Canadian Films of All Time). The sequel, Les beaux souvenirs (1981), received mixed reviews.

Ducharme also received acclaim for his sculptures, dubbed “Trophoux,” which he created using garbage found in the streets. Although he used the pseudonym Roch Plante, the artist’s true identity was an open secret, and each of his exhibitions at the Pink Espace gallery in Montréal generated fierce competition among admirers vying for the chance to acquire his works. Ducharme, of course, never attended the events.