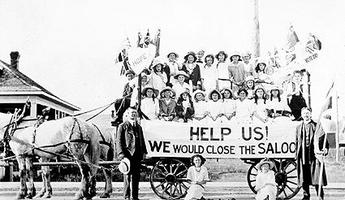 Sunday Schools were founded 1780 in Gloucester, England, by newspaper publisher Robert Raikes to take labouring children off the streets on Sundays. Religious instruction, later the main curriculum, was at first secondary to teaching reading and writing. Religious education has been an element in the Roman Catholic Church for some 2000 years, primarily through catechism classes. However, Sunday schools have been limited almost exclusively to the Reformed or Protestant traditions, largely as a legacy of Swiss theologian John Calvin's stress on rational learning.

Raikes's innovation, quickly copied in Britain, was brought to Canada mainly by the Presbyterian and Congregational churches. Methodism tended to apply the concept more broadly to the whole community of believers; between the visits of the ordained or licensed "circuit riders" or "saddlebag preachers," lay leaders maintained the congregation as church school with classes for all ages.

The date and location of Canada's first Sunday school are unclear. The Church of England (see Anglicans) had one in Halifax in 1783. A Congregational minister, Reverend Francis Dick, may have organized the first Sunday school in the Canadas, in Québec in 1801. The first documented inauguration was by Secessionist Presbyterian minister Reverend William Smart, who arrived in Brockville, Ontario, 7 October 1811 and opened a Sunday school the following Sunday.

Initially the Bible was the sole curriculum, with much emphasis placed on memorization of scripture. Gradually supplementary curricula were developed locally, and in 1874 the International Uniform Lessons series was introduced, based on current pedagogical methods. In 1908 a graded curriculum became available and refinements followed.

The first curriculum developed entirely in Canada was the United Church's "New Curriculum" of 1963. It was attacked in the media by conservative denominations for being too "liberal" in its theology and ended several decades of curriculum co-operation between the United and Baptist churches. The New Curriculum was widely praised by educators and theologians and copied in varying degrees by other denominations.

The Anglican Church's curriculum, called "Parish Education," comparable in scope, was published in 1966. All of these curricula, however, had the misfortune to be introduced just when Sunday school populations began to plummet in all denominations. United Church registration declined from 757 338 in 1961 to 179 345 in 1993; during the same period some 1800 Sunday schools were closed.

Other denominations experienced similar losses. Sociologist Reginald Bibby notes that 2 out of 3 Canadian adults claim to have attended religious services regularly as children, but only one in 3 now exposes children to religious education in the churches. Since the Protestant churches have traditionally depended on Sunday schools as the source of adult memberships, Bibby forecasts church attendance declining to one in 6 by the turn of the century.

In recent years, the most popular Sunday school curriculum in Canada has been The Whole People of God, from the independent publisher Wood Lake Books. Originally developed co-operatively by congregations in Regina, Saskatchewan, starting in 1983, it grew to be used by some 3000 congregations in the United, Anglican, Presbyterian, Lutheran and Baptist churches in Canada. Adapted for export, in both Protestant and Roman Catholic versions, the curriculum has become popular internationally, reaching an additional 7000 congregations in the United States, Australia and Aotearoa/New Zealand, and is being used as widely as the Philippines, Bermuda, Scotland, South Africa, Guyana and Thailand.

It is of interest to note that some Roman Catholic and Eastern Orthodox churches have recently adopted the use of Sunday schools to augment the traditional religious formation provided by the Divine Liturgy. A number of Jewish, Moslem, Hindu, Buddhist and Sikh communities have also adapted this Christian institution to provide their children with an intentional religious education deemed necessary to counter the Christian culture and secular society of North America. Curriculum style has been taken from the Christian models. For example, Jodo Shinshu Buddhist churches have incorporated the singing of Sunday school choruses such as "Yes, Jesus loves me," by simply replacing the key word to "Yes, Buddha loves me."