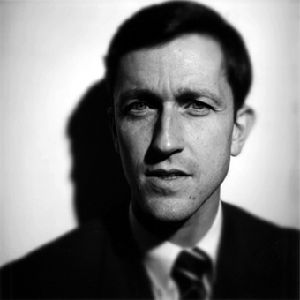 Svend Robinson's public and political causes have included gay rights and the right to die.
(photo by Graham Law)

Although born in the United States, Svend Robinson grew up and attended school in Burnaby, British Columbia. His parents, Edith Jensen and Wayne Robinson, had come to Canada because his father opposed the Vietnam War. Their demonstration of social conscience would influence Robinson’s passion for social justice.

Robinson graduated from Burnaby North Secondary. In 1971, he worked as a labourer-teacher with Frontier College, a national charitable literacy organization. Robinson then attended the University of British Columbia, where he studied science and law, followed by postgraduate work at the London School of Economics. While at UBC, Robinson received many awards, including UBC’s highest academic honour, the Sherwood Lett Memorial Scholarship, in 1972. Robinson was also active in student politics and was one of the first students to be elected to the university's Board of Governors. Robinson was called to the British Columbia Bar as a barrister and solicitor in 1978.

In May 1979, Svend Robinson was elected to the House of Commons. As the NDP Member of Parliament for Burnaby, British Columbia, he became known for his strong stand on American foreign policy, especially in relation to Cuba. Early in his political career, he led a group of NDP MPs in heckling US president Ronald Reagan while he spoke at the House of Commons regarding the American Strategic Defense Initiative and aid to the Contras. Robinson was also an activist in the anti-apartheid movement and was one of the official Canadian delegates to the 1994 South African election. Robinson has also been critical of Israel and sympathetic to Palestine and its leaders. As foreign affairs critic, he criticized Israel’s actions, particularly in relation to alleged war crimes in 2002 in Jenin, a Palestinian city in the northern West Bank; he simultaneously denounced Palestinian suicide bombers.

Throughout his political career, Robinson was also an advocate for LGBTQ2 rights, environmental causes, and the right to physician-assisted death.

On 29 February 1988, Svend Robinson became the first Canadian Member of Parliament to come out as gay. He was the only openly LGBTQ2 member of the House of Commons until 1994, when Bloc Québécois MP Réal Ménard came out as gay.

Throughout his career, Svend Robinson has advocated for LGBTQ2 rights. In 2003, Robinson successfully championed a bill to see sexual orientation protected by federal hate crimes legislation. Prior to this, it was illegal to incite hatred against anyone based on ethnicity, race, religion, colour, sex, age or disability; however, sexual orientation was not included. Robinson was also part of an advisory panel that helped craft Prime Minister Justin Trudeau’s 2017 apology to gay and lesbian civil servants and military personnel (see also Canada’s Cold War Purge of LGBTQ from Public Service).

Svend Robinson is a committed environmentalist, and has been involved in several protests, including peaceful civil disobedience to block logging at Lyell Island in Haida Gwaii (1985), for which he was fined $750. He was also involved in anti-logging protests at Clayoquot Sound (1993). In 1994, he was found guilty of criminal contempt for defying a court order banning the obstruction of logging at Clayoquot Sound. He was given a sentence of 14 days and served 9 days, relinquishing his MP salary for the duration.

His environmental activism was recognized by his adoption into the Haida Nation, where elder Ada Yovanovich presented him with the Haida name Tethunadas or “White Swan.”

Svend Robinson has been a leading advocate in the right-to-die movement. In the early 1990s, he supported ALS patient Sue Rodriguez in her fight for the right to end her life with the assistance of a physician. At the time, assisted suicide was illegal in Canada. Rodriguez submitted to the courts that section 241(b) of the Criminal Code, which prohibited assisted suicide, was constitutionally invalid (see Assisted Suicide in Canada and Suicide in Canada). Though her legal challenge in September 1993 failed, Rodriguez went ahead and ended her life with the help of an unnamed physician who had been arranged by Robinson. Robinson was at her bedside when she died, both for her comfort and to act as a witness to her physician-assisted death. When the Supreme Court voted unanimously in 2015 to allow physician-assisted suicide under certain conditions, Robinson called it a “historic victory, for compassion, for justice and for humanity.”

In 1995, Svend Robinson made a bid for leader of the NDP, to succeed Audrey McLaughlin. His main opponent at the leadership convention was Alexa McDonough. Robinson was successful on the first ballot, but realized he could not win the second, as supporters of last-place candidate Lorne Nystrom were transferring their allegiance to McDonough. He conceded to McDonough before the second ballot and, on a motion from Robinson, McDonough was acclaimed as leader.

In the early 2000s, Svend Robinson was a member of the New Politics Initiative, a faction of the NDP which had formed in 2001. The NPI believed that the NDP was veering too far to the right and wanted to create a more progressive political party that actively supported grassroots movements concerned with social justice, equality and sustainability. Key leaders of the NPI, including Robinson, supported Jack Layton’s bid for party leadership, as Layton was sympathetic to their cause. The NPI formally dissolved in early 2004, about a year after Layton’s successful election as NDP party leader. Robinson’s involvement in the NPI placed him firmly to the left of the general party. 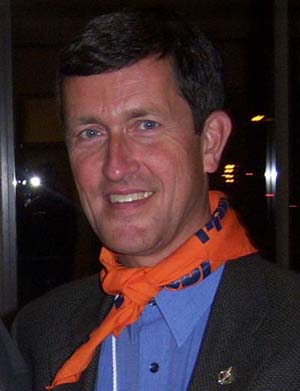 In 2004, Svend Robinson withdrew from political life after a much-publicized theft and subsequent diagnosis of cyclothymia. In April, Robinson, who had been suffering from stress and an undiagnosed mental illness, stole a diamond ring from a public auction. He admitted to his actions, took temporary leave of his post and, subsequently, did not seek re-election. Robinson received a conditional discharge and a sentence of 100 hours of community service. He also sought therapy and received a diagnosis of cyclothymia (a form of bipolar disorder). The legal incident and consequential diagnosis motivated Robinson to become an activist on mental health issues.

Robinson sought re-election in Vancouver Centre in 2006 but failed to win the seat, losing to Hedy Fry, the Liberal incumbent. His time in Parliament from 1979 to 2004 (seven consecutive terms) made him one of the longest-serving members of parliament from British Columbia.

Following his withdrawal from political life in 2004, Svend Robinson worked for the BC Government Employees’ Union, in Burnaby. He then took an international post with Public Services International, the global federation of public sector unions. Robinson was then hired by the Global Fund to Fight AIDS, Tuberculosis and Malaria and moved to Geneva to coordinate the organization’s engagement with legislators around the world, including donor countries and partner countries. In 2017, Robinson retired from the Global Fund and returned to Canada.

On 15 January 2019, Robinson announced that he would seek election in the 2019 race as the NDP candidate in the federal riding of Burnaby North-Seymour. However, he was defeated by Liberal incumbent Terry Beech in the October 2019 federal election.

Robinson was briefly married to his high school girlfriend, Patricia Fraser, from 1972 to 1975. He has been in a relationship with his partner, Max Riveron, since 1994.