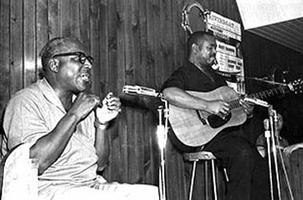 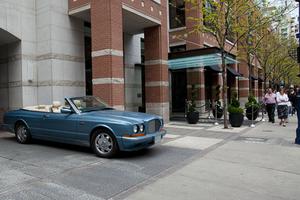 "A Subterranean Musical Oasis at the Riverboat"

The most famous of all Yorkville's clubs, the Riverboat coffeehouse was a showcase for the biggest names in folk and blues music during the 1960s and 70s. Along with Odetta, James Taylor, Howlin' Wolf and Simon & Garfunkel, it provided a stage for Canadian artists, including Joni Mitchell and Neil Young, who later immortalized the Riverboat in his song "Ambulance Blues."

The Riverboat was a subterranean musical oasis. Situated below street level, the club seated 120 people in red booths amid pine walls and brass portholes. The nautically themed, intimate space served as a launching pad for rising stars like Bruce Cockburn. Gordon Lightfoot, who played to four full houses a night, said playing Fiedler's prestigious coffeehouse was an indication that you'd hit "the big time." When it closed in 1978, Murray McLauchlan and Dan Hill performed at its emotional "wake."

In 1965, Neil Young tried to get gigs as a folksinger at various Yorkville clubs, including the Riverboat, but was denied. "They didn't take me seriously," Young complained. "They used to say, 'Run along, kid.'" So he left town to seek his fortune in California. By the time he returned, he'd become a major star--first with Buffalo Springfield and then as a solo artist. Young finally got to play Fiedler's famous club in February 1969. It was a triumphant homecoming with memorable performances that were recorded and released 40 years later as Live at the Riverboat. (See Coffee Houses.)