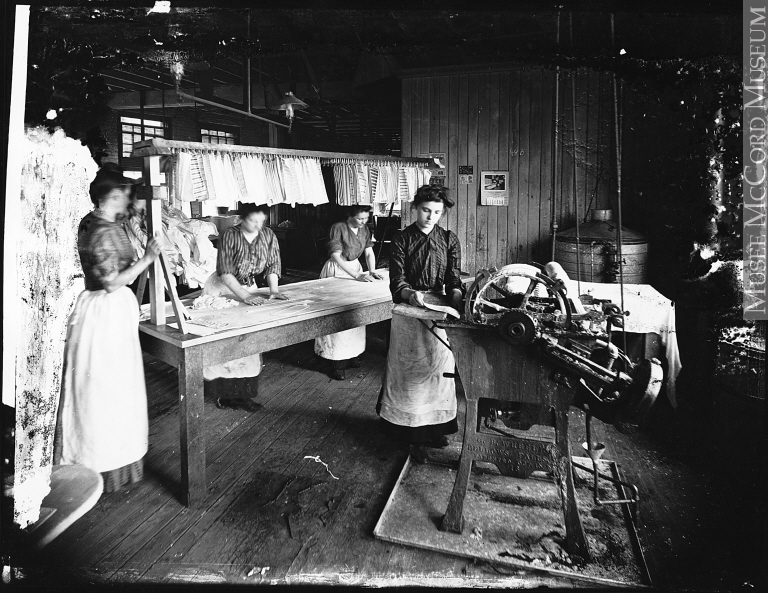 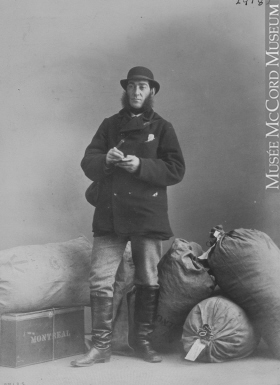 Most adult Canadians earn their living in the form of wages and salaries and are therefore associated with the definition of "working class." In Québec, working people and unions have played an essential role in the province's development.

Before the industrialization of Québec (about 1870-80), most businesses were small and crafts-oriented. In 1851 there were only 37 companies employing more than 25 workers. Salaried employees were rare, although there were some in the timber trade, construction, and canal and railway earthworks. 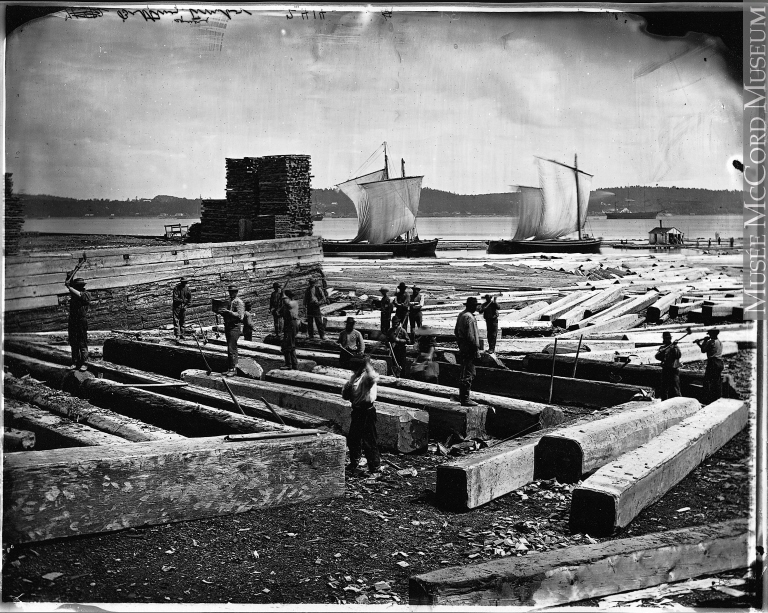 Québec trade unionism began in the early decades of the 19th century when skilled craftsmen established weak, localized and short-lived organizations. Montréal craft unions united three times in larger associations: in 1834, to win a 10-hour day; in 1867, to form the Grand Association; and in 1872, to win a nine-hour day. But each lasted only a few months, and few unions withstood the 1873 economic crisis. There were at least 137 strikes from 1815 to 1880. The Co-Operative Movement, through life and health mutual-assurance funds, expanded rapidly after 1850 among the working class. These early signs of worker consciousness demonstrated the desire among workers to create alliances in response to the insecurities of factory work and urban life, and to reject the capitalist labour market in which they were treated as commodities.

Manufacturing activities overtook commerce around 1880 and the interests of the industrial bourgeoisie framed state policies. Montréal’s population doubled between 1871 and 1891, as the city became Canada's industrial and financial capital.

As the number of workers increased, more solid craft unions grew under the leadership of international unions coming from the United States. These unions brought into Québec the system of collective bargaining — whereby wages, workload, hours of work and the rules of apprenticeships were negotiated with employers and recorded in a written document.

In the 1880s a very different American influence, the Knights of Labor, made inroads among both skilled and unskilled workers. Unlike international unions, which stressed the economic betterment of members through collective bargaining, the Knights proposed a total reform of industrial society, including the abolition of wage earning and the introduction of co-operatives and small-scale ownership. Their activities helped in the formation of central workers' councils in Montréal (1886) and Québec City (1890). As part of the Trades and Labour Congress of Canada (TLC) — with which Québec unions affiliated from 1886 onwards — they channeled union demands to city councils and directed legislative reforms to federal and provincial governments.

These organizations gave workers a political voice, which in the period 1886-1930, called for electoral reform, free and compulsory education, social programs and the nationalization of public utilities. Their demands expressed a labourist "projet de société" envisaging the reform rather than the abolition of capitalism.

At the beginning of the 20th century, the international unions grew quickly and wiped out the Knights of Labor. They had more than 100 locals in 1902 with a membership of about 6,000. But their dominance was not unchallenged. 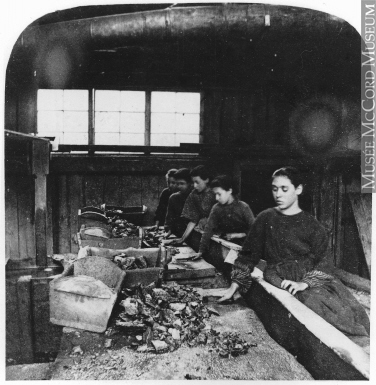 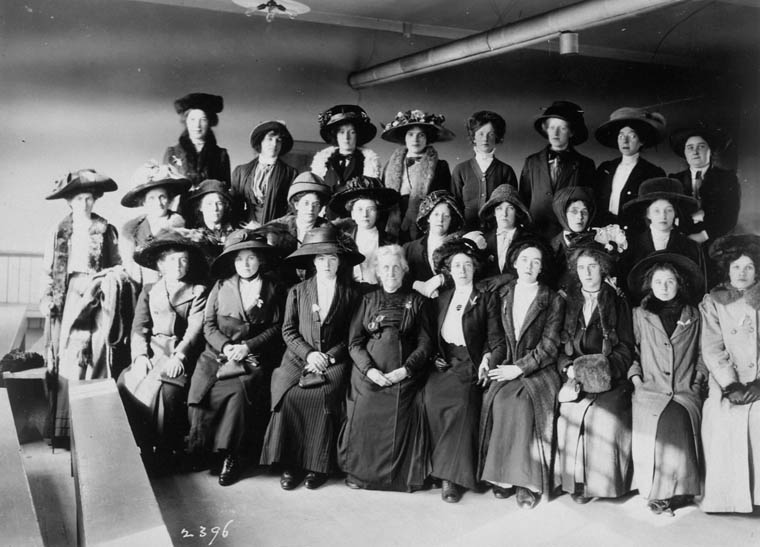 In 1931, with a total membership of approximately 72,000, the union density in the province was about 10 per cent, a percentage comparable to Ontario. They were mainly skilled workers in railways, building and some manufacturing industries. During the Second World War Québec was hit by a wave of unionization of semi-skilled and unskilled workers in mass production industries. Catholic unions had already unionized some of these workers but the main inroad came from international unions affiliated with the Congress of Industrial Organizations (CIO). They provided a strong stimulus to union density that rose to 20.7 per cent in 1941 and to 26.5 per cent in 1951. 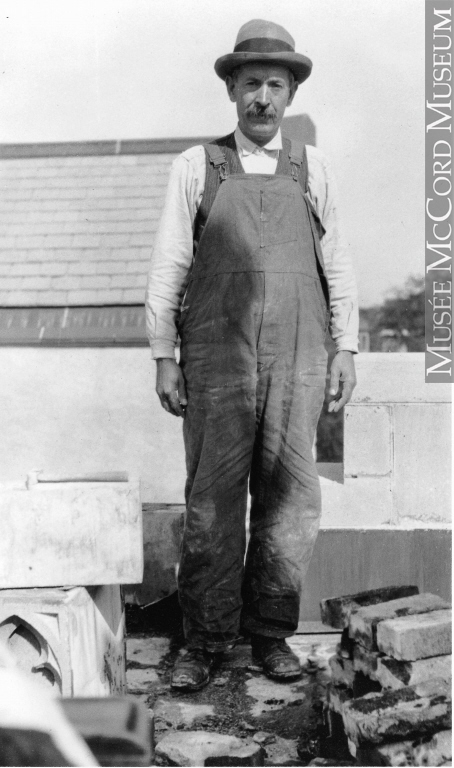 Unionization was also bolstered by job shortages during the war and a new legal framework. Inspired by the American Wagner Act, the Labor Relations Act of 1944 became the cornerstone of private labour relations in Québec. It protects and favours the right of workers to collective bargaining.

Unions played a large role as critics of the conservative Duplessis government in the 1950s. Not only did they fight numerous pieces of legislation to restrict their activities, but they promoted in the population an active role for the Québec government. In this way they were among the main architects of the Quiet Revolution. In the 1950s international unions accounted for about 50 per cent of union membership and about 30 per cent for Catholic unions. The Catholic central changed its title in 1960 to the Confederation of National Trade Unions (CNTU).

The mid-1960s saw the expansion of unionism in the public sector (federal, provincial and municipal) and the para-public sector (teachers, health care workers). People were unhappy with their wages and working conditions, which were falling far behind the private sector, and were touched by the general climate of social change aroused by the Quiet Revolution. Their illegal strikes in 1963 and 1964 led the Québec government to grant the right to bargain and the right to strike to all civil servants, teachers and hospital workers. Their unionization gave a boost to union density that grew from 30.5 per cent in 1961 to 37.6 per cent in 1971. 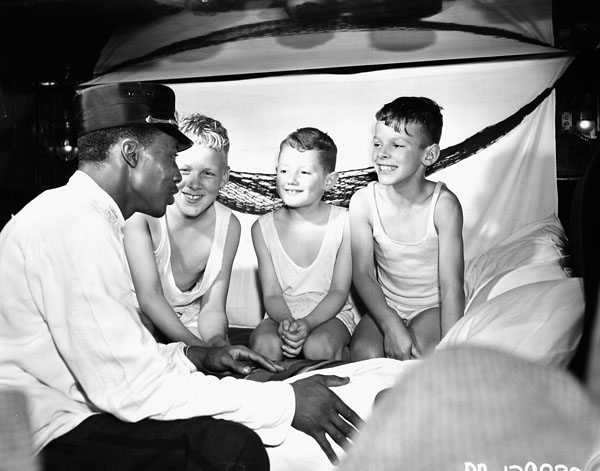 Their influx transformed the union movement, which radicalized in the 1960s and 1970s. The province became the region with the highest rate of strikes in Canada, and the three main union centrals became harsh critics of the capitalist system. From 1972, all employees in the public and para-public sectors negotiated jointly every four years with the provincial government in "Common Front." This strategy, punctuated sometimes by general or sector strikes, improved the bargaining power and working conditions of these employees.

The union movement suffered from the deep economic recession of 1981-82 and the high unemployment that followed. It underwent a dramatic change in rhetoric and strategy, giving up its global condemnation of the capitalist system and promoting "conflicting concertation" with management. The level of strikes, the highest in Canada during the 1970s, fell gradually in the next decade to below the Canadian average of working days lost per employee; the public and para-public employees who were at the forefront of union militancy lost their strength under the threat of repressive legislation. Nevertheless, union density remained around the 40 per cent mark.

The nationalism of the three union centrals evolved toward a clear support for the political independence of Québec, particularly after the failure of the Meech Lake Accord in 1989. They were the main social group behind the "yes" side in the tight Québec Referendum 1995.

Trade unionism was much less radical in Quebec in the 1980s and 1990s. But the unions still continued to play a major role in demanding better working conditions for Québec workers. A free market was seen as the best way to foster economic growth in the province, and the unions had to adapt to this developing political and social consciousness. Politicians, however, took advantage of this time of change to redefine rules governing unions and employees and introduced measures, such as the essential services council. The council was tasked with ensuring that the health and safety of the general population would be guaranteed in the event of a legal strike.

Despite the less radical stance Québec unions have taken in recent decades, they continue to have a voice in calling for social reforms. In late 1990s, unions demonstrated against budget cuts in the public sector that were aimed at reducing the province’s deficit. During this period some smaller, independent unions were also established. By 2013, Quebec unions were also playing a prominent role in the debate around the provincial government’s proposed Quebec Charter of Values.