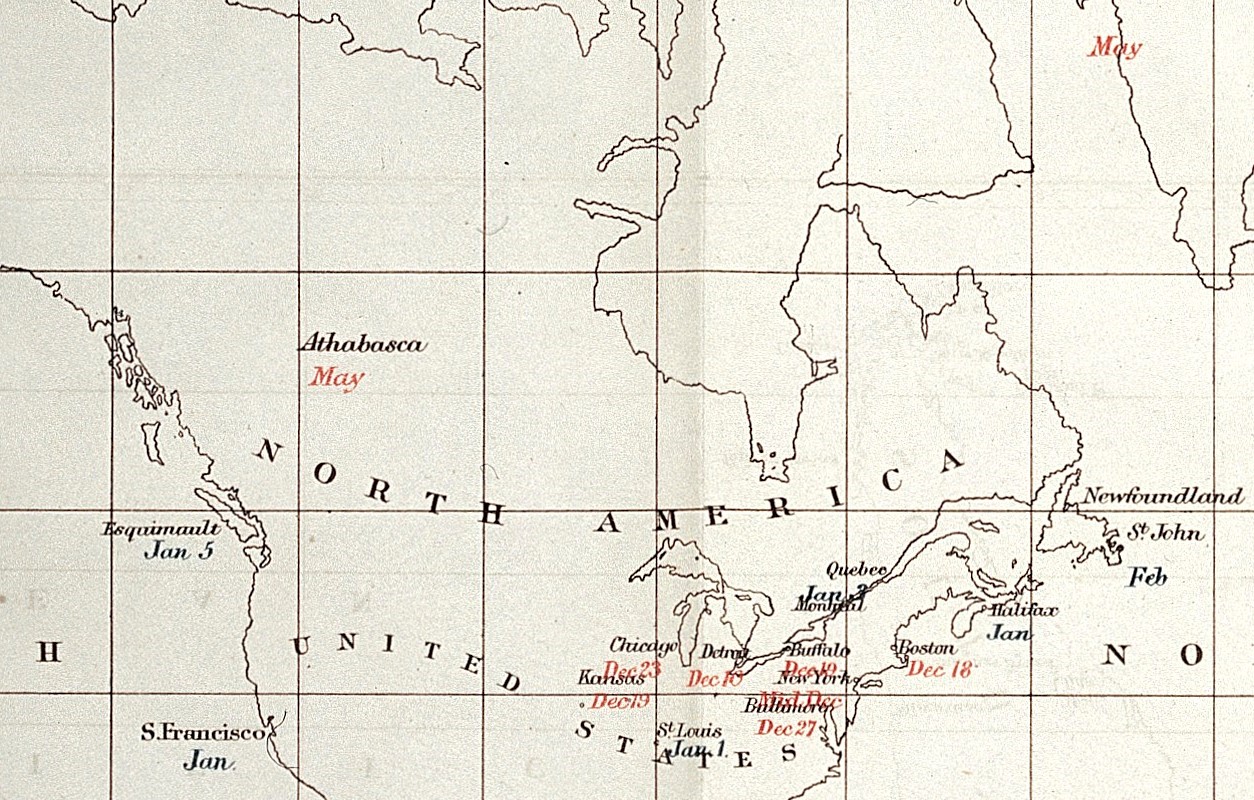 A cropped section of the map showing Canada and part of the United States, from Report on the Influenza Epidemic of 1889–90 by Dr. Henry Parsons (1846–1913), London : Printed for Her Majesty's Stationery Office by Eyre & Spottiswoode, 1891.

The first reports of the flu, which was caused by an Influenza A virus, appeared in Russia in October 1889 or earlier. The flu quickly spread to central Asia and Europe. The railway lines that had been built throughout Europe in the previous decades facilitated its spread. By the end of the year, ships crossing the Atlantic had brought the flu to northeastern North America. It likely entered Canada at the port of Halifax. In a matter of weeks, it had spread across the continent.

In 1890, the flu also reached South America, Africa, Asia and the South Pacific.

Characteristics of the 1890 Flu

This was the first pandemic to be extensively tracked and studied by public health agencies in Europe and North America. Permanent public health agencies were relatively new, having formed in the decades before the pandemic. Provincial boards of health had been working full-time in Canada for only a few years. Ontario had become the first province to create one in 1882, followed by Quebec and New Brunswick in 1887. Despite the existence of these agencies, researchers do not have a full picture of the flu in Canada. They have had to base some of their research on newspaper reports and death records.

Did you know?
In the second half of the 19th century, there was a major shift toward a modern understanding of infection. Germ theory, which held that certain illnesses were transmitted by small organisms, was changing how doctors viewed disease. It was replacing earlier theories, which proposed that miasmas — foul-smelling clouds of vapour — caused disease. When the 1890 flu broke out, the press and some doctors proposed that earthquakes and volcanic blasts were to blame.


Estimates of the proportion of the population infected wherever the flu struck range from 25 to 60 per cent. Death rates varied from place to place. Overall, however, the flu killed less than 0.17 per cent of the populations it affected, including Canada’s.

The 1890 flu was less lethal than the 1918 flu, which killed about 0.6 per cent of the Canadian population. However, some experts believe that exposure to the earlier flu put people at greater risk of serious illness and death during the 1918 pandemic. This belief is based on the theory of “original antigenic sin.” The theory holds that the body may rely on antibodies developed in response to an earlier strain of flu to fight a new one. Because of the differences between the strains, this reliance may compromise the body’s response to the new virus.

Influenza, often referred to as the flu, is a common, contagious respiratory illness. There are four types of influenza viruses: A, B, C and D.

An outbreak of an infectious disease that affects a large proportion of the population in multiple countries or worldwide. Pandemics arise from epidemics.

Health services provided by a government to improve the health of citizens.

An organism, too small to be seen with a typical microscope, that can multiply inside the cells of its host and usually causes disease. 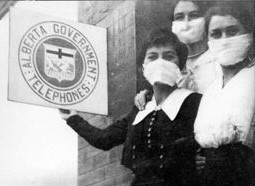 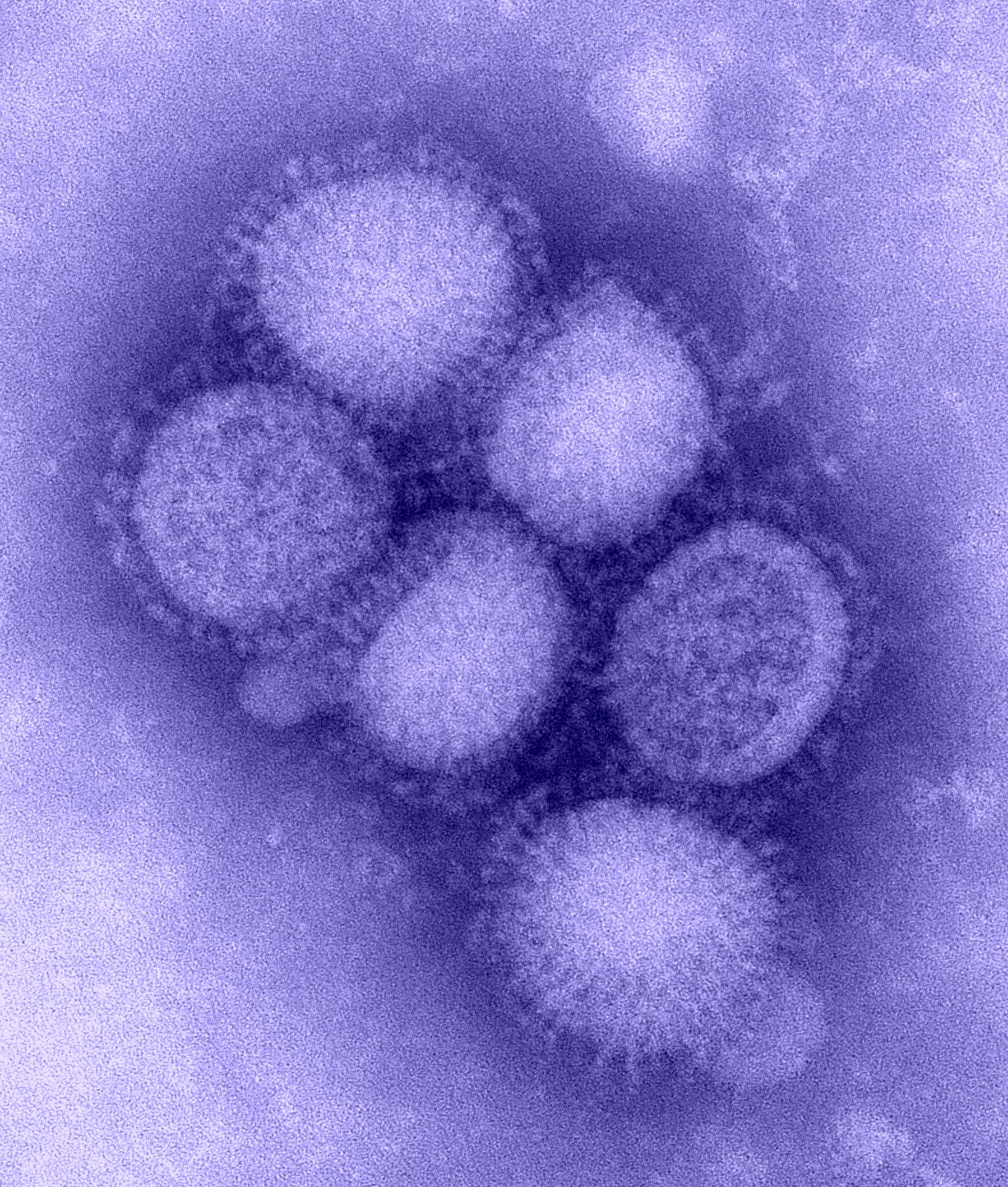