Burton Lorne Cummings, OC, OM, singer, songwriter, musician (born 31 December 1947 in Winnipeg, MB). A dynamic and charismatic vocalist, Burton Cummings is one of the most celebrated artists in Canadian music. As keyboardist and lead singer of Canada’s first rock superstars, The Guess Who, he wrote with guitarist Randy Bachman such classic songs as “These Eyes,” “Laughing,” “No Time,” “No Sugar Tonight” and “American Woman,” the first song by a Canadian band to hit No. 1 on the Billboard Hot 100 chart. As a solo artist he had several platinum-certified albums and a string of hits through the late 1970s and early 1980s. He has received the Governor General’s Performing Arts Award and is a member of the Prairie Music Hall of Fame, the Canadian Music Industry Hall of Fame and the Canadian Songwriters Hall of Fame. He has been inducted into both the Canadian Music Hall of Fame and Canada’s Walk of Fame as a member of The Guess Who and as a solo artist.

Cummings was raised by his mother, Rhoda, and his grandparents in the North End of Winnipeg after his father left when he was very young. He studied piano from the age of five and sang tenor roles in Gilbert and Sullivan productions at St. John’s High School in Winnipeg. He played keyboards and saxophone with the locally-popular R&B band The Deverons from 1962 to 1965, and dropped out of high school in grade 11 to pursue his music career. The Deverons released two singles on the small REO Records label: “Blue Is The Night“ / “She's Your Lover" was recorded at a Winnipeg radio station; and "Lost Love” / “Feel Alright" was cut at Kay Bank Studios in Minneapolis, Minnesota.

Cummings teamed with guitarist-singer Randy Bachman to become one of the most prolific and popular songwriting duos of the era, churning out such classic songs as “These Eyes,” “Laughing,” “No Time,” “No Sugar Tonight” and “American Woman” (the first song by a Canadian band to hit No. 1 on the Billboard Hot 100 chart) before Bachman’s departure in May 1970. While Bachman initially took Cummings under his wing, the relationship between the two became strained after the group achieved stardom, when Bachman’s strengthening Mormonism conflicted with the rock ‘n’ roll lifestyle of alcohol, drugs and groupies embraced by Cummings, bassist Jim Kale and drummer Garry Peterson.

The string of popular albums and hits continued after Bachman left with “Share the Land,” “Albert Flasher,” “Rain Dance” and “Clap for the Wolfman,” among others. Cummings then became disenchanted with the more progressive rock direction The Guess Who took with guitarist and songwriter Domenic Troiano, and left to pursue a solo career in 1975.

After striking out on his own and moving to Los Angeles, Cummings provided backup vocals on Eric Carmen’s Boats Against the Current album. He released his own self-titled album through Portrait Records and launched it with a performance on 8 November 1976 at Manitoba Centennial Concert Hall. The album, which saw Cummings turn to a more soft rock, adult contemporary sound, was produced by Richard Perry, whose credits included records by Barbra Streisand, Carly Simon and Ringo Starr. The lead single “Stand Tall” was a No. 1 single on the adult contemporary chart in Canada (where it was certified gold) and a Top 10 hit in the United States, while the follow-up “I’m Scared” was almost as successful. The LP, which also included a big band version of Bachman Turner Overdrive’s hit “You Ain’t Seen Nothin’ Yet,” hit No. 5 on the Canadian album chart. It went on to sell over 200,000 copies domestically and earned Cummings four Juno nominations; he won for Most Promising Male Vocalist and Male Vocalist of the Year.

Cummings followed this quickly with a new album, My Own Way to Rock, in 1977. The Perry-produced effort leaned in more of a rock ‘n’ roll direction and bettered its predecessor’s chart position by one, peaking at No. 4 in Canada. It also earned several Juno nominations and notched another double-platinum certification. The title track was the album’s signature song, while “Timeless Love” and “Your Backyard” were also modestly successful singles in Canada.

The momentum continued with his self-produced Dream of a Child (1978), which became the first album to be certified triple-platinum in Canada. It included the Top 5 adult contemporary ballads “Break it to Them Gently” and “I Will Play a Rhapsody,” as well as interpretations of two soul classics: Sam and Dave’s “Hold On I’m Coming” and Percy Sledge’s “When a Man Loves a Woman.” The single “Takes a Fool to Love a Fool” cracked the country charts in Canada and the US. Dream of a Child became the best-selling Canadian album ever at the time and won a 1979 Juno for Best Selling Album.

Cummings brought a rich and sculpted voice to a range of plaintive ballads (including "I'm Scared" and "Break It to Them Gently") and vigorous rockers (such as "Your Back Yard" and "My Own Way to Rock"). He enjoyed his greatest popularity at the turn of the 1980s, headlining concerts in Canadian stadiums and arenas (including annual performances from 1978 to 1981 at CNE Stadium) and touring in the US with Seals & Crofts, America, Alice Cooper and others.

He won his fourth solo Juno in 1980 when he was named Male Vocalist of the Year. The platinum-certified Woman Love (1980), best remembered for the single “Fine State of Affairs,” also came out that year. It peaked at No. 4 in Canada, but wasn’t released in the US because of a dispute with executives at Columbia Records, with whom he had just signed a deal. The Best of Burton Cummings compilation came out later in the year and sold more than 200,000 units in Canada.

“You Saved My Soul” was the most successful single from Sweet Sweet (1981), which was certified gold in Canada. The song was originally written and recorded for the film Melanie (1981), which starred Cummings (in his acting debut) and actress Glynnis O’Connor as musicians in a romantic relationship; it won a Genie Award for Best Original Song.

Heart (1984), Cummings’ final album of the decade, didn’t enjoy the same success as his earlier records, but sold-out tours across Canada and the US solidified his stature as a top attraction. He also starred in CBC and PBS television specials, and hosted the Juno Awards ceremony a record four times. In 1985, Cummings provided vocals for "Tears Are Not Enough," a song recorded by a variety of Canadian artists to aid African famine relief.

He continued to perform through the second half of the 1980s and 1990s, and toured Europe as the keyboardist in Beatles drummer Ringo Starr’s All Starr Band for a period. His 1990 album, Plus Signs, was certified gold in Canada.

In the mid-1990s, Cummings launched a solo concert series called Up Close and Alone, in which he recounted the stories behind his best-known songs and shared personal moments from his career. A live album of the same name followed in 1996 and was certified platinum 10 years later. In 1997, Cummings was the subject of an episode of CBC TV's Life and Times series. His first four solo albums were released on CD for the first time in 1999.

In 2004, Cummings covered Bob Dylan’s “With God on Our Side” and released it as a single. The 2008 album Above the Ground was Cummings' first full solo record of new material since 1990. It was made with his touring band, The Carpet Frogs, and included a "behind the scenes" DVD that documented the recording process. He wrote all 19 songs and co-produced the record with Joe Vannelli, the older brother of Gino Vannelli.

The live solo album Massey Hall,recorded at the famed Toronto concert hall (see Massey Hall) during performances in 2010 and 2011, was released in 2012. It featured some of Cummings’ biggest Guess Who and solo hits.

Guess Who and Randy Bachman Reunions

Cummings reunited with Bachman, Kale and Peterson for a 1983 tour that resulted in the Together Again live album and concert video. The four men again went their own ways until 1987, when they gathered to be inducted into the Canadian Music Hall of Fame. The only Guess Who performances in the 1990s to feature Bachman and Cummings were a 1997 Red River Flood benefit concert and a four-song set at the 1999 Pan-Am Games in Winnipeg.

Cummings also took part in The Guess Who’s Running Back Thru Canada Tour in the summer of 2000, which was one of the highest-grossing tours in Canadian music history. The resulting live double album, issued that year, was certified gold in Canada within a week of its release and eventually went double-platinum. The reunited lineup also played the halftime show at the 2000 Grey Cup in Calgary and the Molson Canadian Rocks for Toronto “SARStock” benefit concert in July 2003.

In 2006, despite a longstanding and unresolved feud over songwriting royalties, Cummings and Bachman released the Bachman-Cummings Songbook, featuring past tracks from The Guess Who, Cummings and Bachman-Turner Overdrive. The 20-song Bachman-Cummings concert First Time Around was broadcast on CBC TV in April 2006 and released as a DVD later that year. A collection of demo recordings of original songs performed by Cummings and Bachman in 1987 was released in 2006 under the title The Thunderbird Trax. Jukebox, on which the two artists covered some of their favourite songs from the past, followed in 2007.

In 1981 Cummings met Cheryl DeLuca, who worked for a Toronto music publisher. They were married two weeks later. Cummings is an avid, lifelong collector of comic books and sports cards and, with his manager, Lorne Saifer, is an investor in Winnipeg’s popular Salisbury House restaurant chain. When not touring, Cummings splits his time between Los Angeles and Winnipeg. He became a US citizen in March 2012.

In 2014, Randy Bachman claimed in his book, Tales from Beyond the Tap, that, around 1980, Cummings had bought the rights to all Guess Who songs from “These Eyes” forward, holding them exclusively under his publishing company, Shillelagh Music, and refusing to issue Bachman royalty payments for songs he had co-written. Bachman stated that he would not work with Cummings again until the issue was resolved.

Cummings has received SOCAN’s Wm. Harold Moon Award for bringing international recognition to Canada through his music, and 21 SOCAN Classics Awards for writing or co-writing songs with more than 100,000 radio plays in Canada. He has also received BMI America awards for Outstanding Achievement (2003) and for surpassing one million plays on US radio with the songs “These Eyes” and “Stand Tall” (1987), both of which have since gone on to surpass four million airplays in the US.

In 1990, a community centre in Winnipeg was named in his honour. Winnipeg’s Burton Cummings Theatre for the Performing Arts, which houses the Prairie Music Hall of Fame, was named after him in 2001. 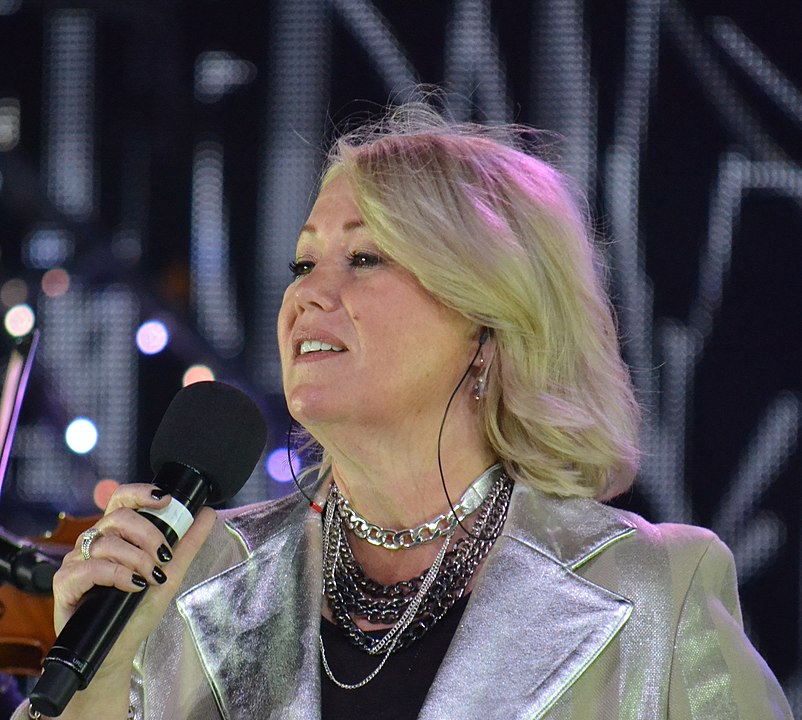