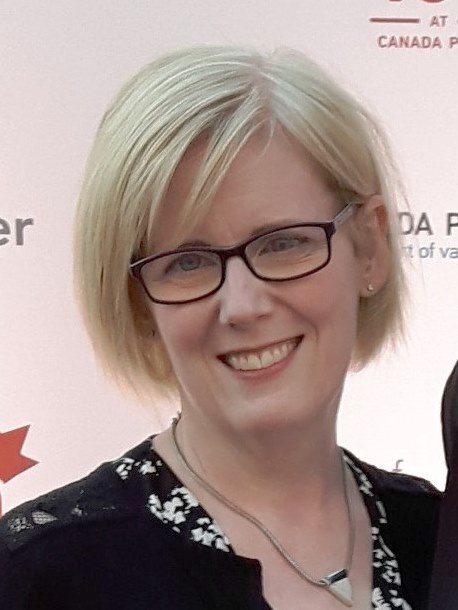 Carla Dawn Qualtrough was born to Patricia (née Tait) and Harry Qualtrough in Calgary, Alberta, but the family soon moved to Langley in the Lower Mainland of British Columbia. Her mother was a collection agent and her father a salesman. She has a brother, Kevin Qualtrough.

Qualtrough graduated from Brookswood Secondary in Langley and enrolled at Simon Fraser University in the Vancouver suburb of Burnaby, where she made the dean’s honour roll for academic performance. She then transferred to the University of Ottawa, graduating with a social sciences degree in 1993. She earned a law degree from the University of Victoria in 1997.

A French immersion student in high school, she also studied French as an undergraduate and gained experience writing and speaking the language while attending university in Ottawa.

Carla Qualtrough was born with a visual impairment. With glasses or contact lenses, her eyesight is a tenth of perfect vision. “I was born into a world that wasn’t built for me,” she said in 2017. He parents refused to enroll her in a school for the blind, as counsellors had suggested, preferring that she learn to navigate the sighted world. Classmates teased her for needing to put her face close to the text to read books. Ridiculed and bullied at school, where her poor sight also made her the target of practical jokes, she became a determined athlete who trained in the swimming pool before and after class. She began swimming competitively at age 12.

Before becoming a competitive swimmer, Carla Qualtrough played soccer and skied downhill in organized competition. As a swimmer, she competed in international competitions for the disabled from age 13. She competed in the B3 class, for those with five to 10 percent vision, setting national records in the 50-metre and 100-metre freestyle. Coaching during the event is not allowed in that class, so she learned to judge the placement of the pool wall by counting her strokes from end to end.

At Simon Fraser University, she was a member of the varsity swim team, competing in collegiate competition against sighted athletes.

Qualtrough represented Canada at the Paralympic Games in Seoul (1988), winning a bronze medal in swimming’s 4x100 medley relay, and in Barcelona (1992), where she won two more bronze medals in the 4x100 medley relay and 4x100 freestyle relay. She also won four medals at world championship competitions.

From 1999 to 2001, Qualtrough was legal counsel to the Canadian Human Rights Tribunal in Ottawa. She held a similar position with the B.C. Human Rights Commission in 2005–06. Qualtrough was also an adjudicator and vice-chair of the Workers’ Compensation Appeal Tribunal of British Columbia. In British Columbia, she chaired the Minister’s Council on Employment and Accessibility, a forum created to improve employment and accessibility for the disabled.

Carla Qualtrough has held senior positions in several sports organizations. In 2002–03, she served as a senior advisor to Paul DeVillers, the Secretary of State (Amateur Sport) under Prime Minister Paul Martin. From 2006 to 2012, Qualtrough was president of the Canadian Paralympic Committee, leading the organization through the 2010 Paralympic Winter Games in Vancouver and the ski resort of Whistler, British Columbia.

In 2013, Qualtrough was elected vice-president of the Americas Paralympic Committee. She was also a member of the 2015 Toronto Pan Am/Parapan Am Games Sports and Legacy Committee. Qualtrough has served on the board of the Canadian Centre for Ethics in Sport and as chair of the Sport Dispute Resolution Centre of Canada. She has six times been named one of Canada’s most influential women in sports by the Canadian Association for the Advancement of Women and Sport.

In 2014, Carla Qualtrough ran unsuccessfully for one of seven at-large seats on the Delta school board. The following year, she won the new riding of Delta in the 2015 federal election with 27,355 votes, slightly more than 49 percent. She defeated Kerry-Lynne Findlay, a Conservative cabinet minister who represented Delta-Richmond East in the previous Parliament, by more than 9,000 votes. It was the first Liberal victory in the area since the Trudeaumania election of 1968 (see Pierre Elliott Trudeau).

On 4 November 2015, Prime Minister Justin Trudeau named Carla Qualtrough as Minister of Sport and Persons with Disabilities. The rookie minister was assigned the creation of a national strategy for concussion treatment. A series of guidelines was released in 2017 to ensure injured athletes received proper care.

Qualtrough also held public consultations regarding legislation that would make accessibility mandatory for all businesses and institutions under federal jurisdiction, including banking, telecommunications and interprovincial transportation. The minister said that greater accessibility would help resolve long-standing problems of unemployment among Canadians with disabilities. In a Cabinet shuffle on 4 October 2017, Qualtrough became minister of public services and procurement. The ministry was expanded in July 2018 to include accessibility.

In 2018, Qualtrough introduced Bill C-81, the proposed Accessible Canada Act. “The history of how we treated Canadians with disabilities is not a proud one,” she told the House of Commons on 19 September 2018. “It is a history of institutionalization, of sterilization, of social isolation.” The bill was unanimously passed by the House of Commons on 27 November 2018 and was under consideration by the Senate through early 2019. Organizations representing Canadians with disabilities have long demanded federal legislation to address accessibility, but many have expressed concern that the bill is not worded strongly enough (see Disability Rights Movement in Canada).

As minister of public services and procurement, Qualtrough was responsible for modernizing procurement practices, improving the government’s information technology, and renewing the fleets used by the Royal Canadian Navy and the Canadian Coast Guard. She was also tasked with drafting a new vision for a profitable Canada Post. Among the more pressing problems in this portfolio was the troubled Phoenix payroll processing system.

Qualtrough was re-elected in the October 2019 federal election, which returned a Liberal minority. 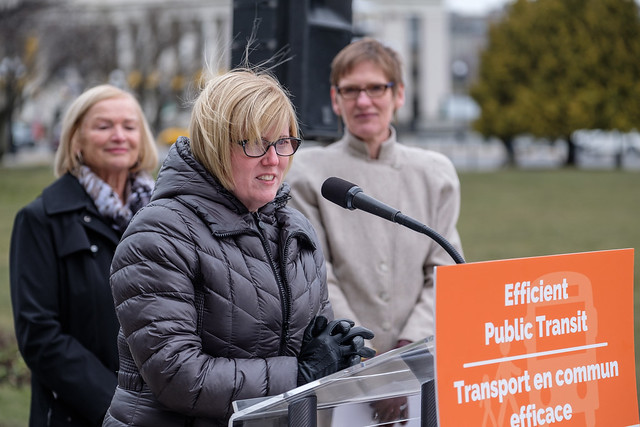 In 2008, Carla Qualtrough married Eron Main and became a stepmother to his two children, Isaac and Susan. The couple had two more children, Jessica and Matthew. Main is the chief executive officer of the International Wheelchair Rugby Federation.