Joy Kogawa spent her early childhood inVancouver. Her parents were first-generation Japanese-Canadians (Issei) who immigrated to Canada before she was born. Her mother taught kindergarten and her father was a minister. Though Kogawa was a second-generation Japanese-Canadian (Nisei), she was raised in a predominantly White, middle-class neighbourhood.

When Kogawa was six years old, she and her family were among the thousands ofJapanese Canadiansforcibly removed from their homes and interned during theSecond World War. They were moved first toSlocan, in the British Columbia interior, and later toCoaldale, Alberta.

After working as a teacher, a staff writer for the prime minister and a freelance writer, Kogawa became the writer in residence at the University of Ottawa in 1978. She moved to Toronto in 1979.

Kogawa began her literary career as a poet with her first poetry collection of tightly controlled verse, The Splintered Moon (1968). This was followed by A Choice of Dreams (1974), Jericho Road(1977) and Six Poems (1978), in which Kogawa explores her Japanese ancestry. Kogawa’s later poetry publications includeA Song of Lilith(2000) andA Garden of Anchors: Selected Poems(2003).

Joy Kogawa is best known for her award-winning novelObasan (1981), one of the Literary Review of Canada’s 100 Most Important Canadian Books.Obasanis a semiautobiographical, lyrical and heart-rending account of the losses and suffering endured by Japanese Canadians during the Second World War. The story is told from the perspective of a middle-aged woman, Naomi Nakane, as she remembers her experiences as a young girl.

The novel has become a touchstone for the internment of Japanese Canadians. By the late 1980s, the novel was being taught in schools and universities across Canada. The word “obasan” also translates to “woman” in Japanese, and many scholars and critics have praised the novel for its strong feminist undertones.

Obasan played a critical role in the Redress Movement to obtain compensation and reparation for Japanese Canadians. Both Ed Broadbent and Gerry Weiner read passages from the novel during the official redress settlement and apology in Parliament in 1988.

Kogawa continued Naomi’s story in her 1992Itsuka, which was revised and published under the titleEmily Katoin 2005. Kogawa took on another complex issue in her 1995 novel,The Rain Ascends. Here, a middle-aged narrator must find a way to accept that her father, an Anglican minister, is a pedophile.

Kogawa has also published two picture books about these events,Naomi's Road(1986) and Naomi’s Tree (2009), as well as a young adult novel in Japanese, titledNaomi No Michi. A children’s opera based onNaomi's Roadwas premiered byVancouver Operain 2005.

Kogawa was the writer in residence at the University of Toronto in 2012–13. In 2016, she released a memoir titled Gently to Nagasaki, a self-described “spiritual pilgrimage.”

In 2006, Kogawa, with the support of the Land Conservancy of British Columbia and the Save Kogawa House committee, saved her family’s original Vancouver home from imminent demolition. The house was built between 1912 and 1913 and is located in the Vancouver neighbourhood of Marpole, which became known for its growing Japanese population before the Second World War.

The Nakayama family lived in the home from 1937 to 1942, when the federal government confiscated the property under the War Measures Act. When the Nakayama family were forcibly relocated to Alberta, their property — including boats, furniture and cars — was sold to pay for their internment. As a result, the family home was sold in September 1944. The family was never to return to their Marpole home.

The home is described in great detail in Kogawa’s first novel Obasan, and Kogawa has stated that “the longing for that house was forever.” She sent letters to the residents of her former family home, asking if they would be willing to sell the home back to them, but never received a reply. The house, now operated by the Historic Joy Kogawa House Society, serves as a literary landmark. The space is used for author residencies, public tours and special events.

Joy Kogawa was married to David Kogawa from 1957 to 1968. They have two children together.

Joy Kogawa was made a Member of theOrder of Canadain 1986 and theOrder of British Columbia in 2006. The Japanese government also honoured her with the Order of the Rising Sun in 2010 “for her contribution to the understanding and preservation of Japanese Canadian history.”

She received a National Award from the National Association of Japanese Canadians in 2001. In 2008, she was awarded the George Woodcock Lifetime Achievement Award, honouring an outstanding literary career in British Columbia. Since 2004, “Joy Kogawa Day” has been recognized in Vancouver on 6 November. 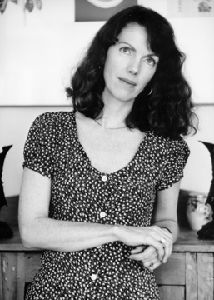