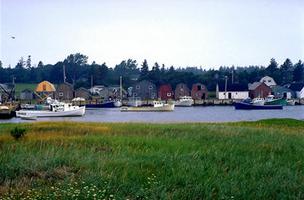 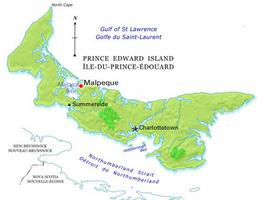 Malpeque, PEI, Unincorporated Place. Malpeque is a compact, attractive village located on the northeastern shore of Malpeque Bay, 60 km northwest of Charlottetown. First called makpaak ("the big water") by the Micmac, the current name is an Acadian modification. When Samuel Holland surveyed the Island after the British Conquest of New France, he believed that a major colonial seaport would develop in the area through the bay's excellent anchorage. Thus, he founded the capital of Prince County there. However, the development of the Malpeque Bay area was cut short by sandbars at the bay's entrance which discouraged shipping.

Because of the navigability of Bedeque Bay on the county's southern shore, Malpeque was eventually displaced as the capital by Summerside. Today, most of the residents of Malpeque are farmers and fishermen, and oysters are the area's most important product.