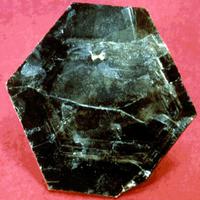 There are 2 commercial types of mica: muscovite (potassium mica) and phlogopite (magnesium mica). Muscovite, the mica with the greatest commercial use, is an important constituent of granite and the main constituent of some schists. It is usually colourless, but may be green or light yellow, or transparent. It is very resistant to chemical and thermal attack. Because it has high electrical resistivity and dielectric strength, muscovite sheet mica (large flat sheets which can be cut or stamped into required shapes) is used as an insulator in electrical and electronic equipment. Its many uses include lasers, pyrometers, radar systems, missile systems and aerospace components.

Phlogopite can be found in metamorphosed limestones, dolomites, serpentines and igneous rocks. It is light to dark brown and has properties and uses similar to muscovite. Its electrical resistivity is not as high as muscovite, but it can operate at higher temperatures in electrical and electronic equipment. Because of their perfect basal cleavage, these micas can be split into very thin sheets.

Eighty-five percent of the total mica consumption in North America is made up of extender and filler applications, mainly adhesives, sealants and joint compounds, but also paints, plastics and rubber. Only ground mica (40-150 microns), produced mostly from flake mica (1-4 mm), is used in the production of extender and filler products. In joint compounds mica is used to build body, prevent cracking and improve flow characteristics. Gypsum wallboard is a large consumer of ground mica. In paints it is used as an anti-corrosion mineral. In plastics and rubber it is used as a reinforcing agent.

The large surface area of the flakes makes mica useful in drilling muds to prevent loss of circulation or to seal well walls when drilling mud seeps into fractured strata. Muscovite mica is the most common type of mica used in adhesives, sealants and paints due to its low cost, white colour and widespread availability. Phlogopite mica is used primarily in the plastics industry for its reinforcing properties. In Canada, Suzorite Mica produces phlogopite mica at a mine 300 km north of Montréal near the village of Parent. The phlogopite is shipped to a treatment plant in Boucherville, near Montréal, where it is crushed, upgraded and classified. Annual production of concentrates is in the order of 30 000 t.