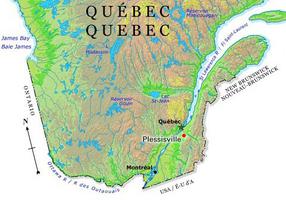 Plessisville's growth is due to its exceptional quality of life and the natural richness of the surrounding area. Boating, fishing, and water sports are enjoyed at Lac William, situated 25 km away.

Agriculture remains an important part of the economy, generating employment and investment. There are more than 65 industries in the city, which benefit from Plessisville's geographical location. Plessisville is located near Highway 20 between Québec City and Montréal, allowing for easy transport.

Plessisville claims the title of world capital of maple syrup. The region is the home of the Québec Maple Sugar Producers' Cooperative. The Maple Festival is held annually in April.

Carrefour Culturel et Touristique consists of an art gallery, a summer theatre and a concert hall.