The area was granted to Philippe de Rigaud de VAUDREUIL in 1703. However, it was his successor, Michel Chartier de Lotbinière, who fostered the settlement and development of the seigneury that he had bought from the Vaudreuil family in 1763. The FUR TRADE and agriculture supported the local economy.

Vaudreuil, named after its first seigneur, was made a municipality in 1845, but was abolished 2 years later and set up anew in 1850. Dorion had been set up as a separate village in 1891, splitting away from the village of Vaudreuil. Vaudreuil became a town in 1963 when it amalgamated with the parish municipality of Saint-Michel-de-Vaudreuil whereas Dorion's municipal status was raised much earlier in 1916. The name Dorion recalls Antoine-Aimé DORION, the flamboyant politician who followed Louis-Joseph Papineau as leader of the PARTI ROUGE and who was a prominent opponent of Confederation.

A large portion of this residential suburb of Montréal is still used for agriculture. The city is also a regional commercial centre. Maison Trestler is an old fur-trading post dating back to 1798. It was built by Jean-Joseph Trestler and was one of the busiest west of Montréal. The Musée régional de Vaudreuil-Soulanges is located in an old schoolhouse completed in 1859. 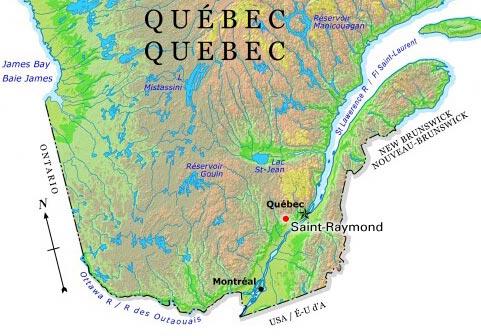