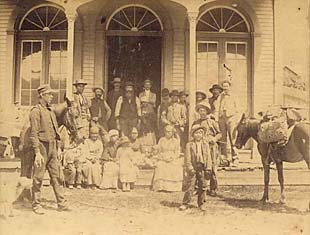 A group poses in front of the first Hudson’s Bay Company store, 1883.

The Hudson’s Bay Company was a venerable institution even before it arrived in a small storefront on Cordova Street in the 1880s. By that time, the company that had been founded in 1670 had spread beyond its fur trading origins to cater to the needs of urban customers. In Vancouver at the time, those needs were still those of a frontier outpost, however. The original store sold saws, axes, lanterns, provisions and, in those lightly legislated days, even liquor.

The store became more upscale and offered more variety when it moved to Georgia and Granville on October 6, 1893. The new foothold helped to establish what would become the centre of the downtown in decades to follow. 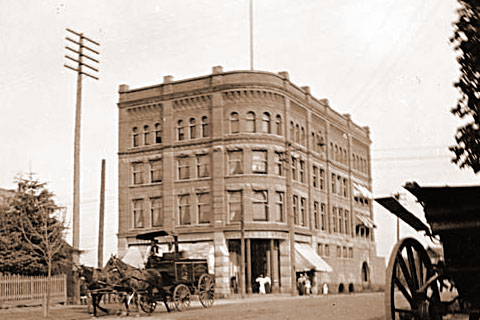 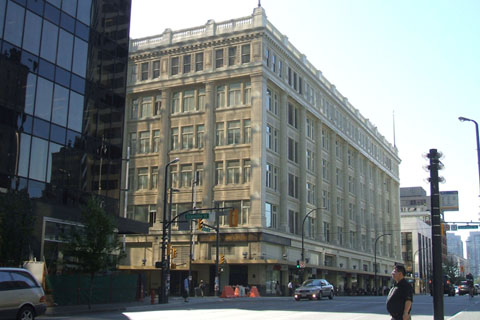 The Bay, on the NE corner of Granville and Georgia.
PreviousNext

A new addition extended the building to the east end of the block in 1913. The Beaux Arts annex, with ivory terra cotta facing and Corinthian columns, was in stark contrast to the more homely neo-Romanesque building on the corner. Finally, the 1898 building came down in 1925 and a new addition was seamlessly integrated into the 1913 construction, creating the impressive department store familiar to Vancouver shoppers. It takes a well-trained architectural eye to see the join.