John Alleyne was artistic director of Ballet British Columbia from 1992 to 2009 (photo by David Cooper). 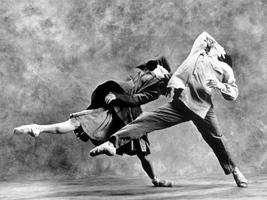 Ballet British Columbia is based in Vancouver and is BC's only professional ballet company. It enjoys a national and international reputation as a contemporary ballet company dedicated to the creation of new works. Ballet BC employs 15 dancers for approximately 35 weeks each season. The company was founded in 1986 by Jean Orr, David Y.H. Lui and Sheila Baggs as a reorganization of the former Pacific Ballet Theatre (directed by Maria Lewis 1975-80, and by Renald Rabu 1980-84), which in turn had succeeded Vancouver's Ballet Horizons, founded by Morley Wiseman in 1970.

Annette av Paul was the first artistic director of Ballet BC. She was followed by Reid Anderson, Patricia Neary and Barry Ingham. Under the direction of John Alleyne (appointed 1992) the company presented his own choreography, such as the much acclaimed full-length ballet, The Faerie Queen (2000), and the works of Canadians Christopher House, James Kudelka, Serge Bennathan, Mark Godden, Jean Grand-Maître, and Dominique Dumais, as well as contemporary ballets from the international repertoire. Alleyne's courageous leadership succeeded in producing a body of work relevant to contemporary values and the company consequently attracted a new and younger audience to its ballet performances.

Financial difficulties brought Ballet British Columbia to a halt in 2009, causing the layoff of artistic director, dancers and staff. After some restructuring of the company, Emily Molnar, a former member of Frankfurt Ballet, the National Ballet of Canada and Ballet BC, replaced Alleyne as artistic director. Projects under her leadership have included Dedica, a new work created in 2009 for Ballet BC's celebration gala, Ignite and Songs of a Wayfarer for Alberta Ballet, which premiered in Calgary in 2010.

Fundraising goals have been met, performances have been received enthusiastically by audiences, and the future of Ballet British Columbia seems secure. 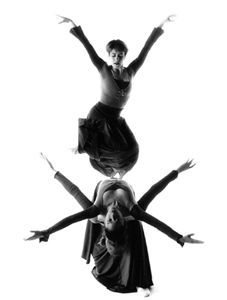